Joe Emert said the people associated with the project know about 163 graves, but he and others believe there is so much more to uncover. 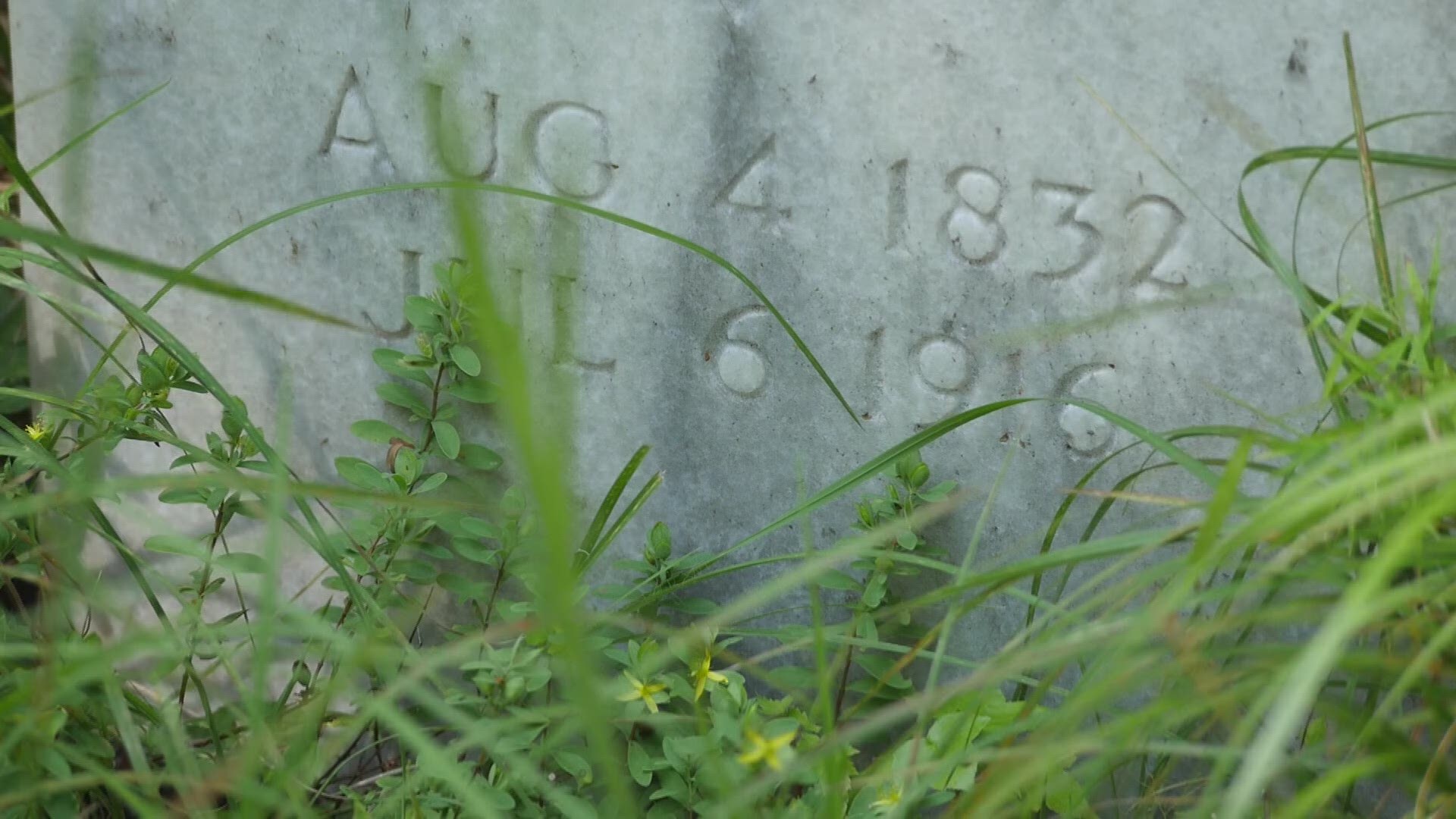 TENNESSEE, USA — A new local project is hoping to uncover forgotten graves of veterans in the Great Smoky Mountains National Park. The project stretches from  Tennessee and North Carolina sides of the park. So far, the group is aware of 163 graves.

That includes 103 buried in Tennessee: 26 in Blount County, 38 in Sevier County and 39 in Cocke County. In North Carolina, there are 60 known veterans buried: 49 in Swain County and 11 in Haywood County.

“Our goal is to honor and protect the valor of those who served and not let their memory be erased because of where they are buried,” said Joe Emert, a member of the National Parks System Advisory Board and former president of the East Tennessee Historical Society.

He also said they put out the initial list of gravesites for the public to review, so make the project is not missing any veterans buried in the park. Those on the list have been verified through military records, historic books or other documents showing their military service.

"Any new additions will have to be verified and documented through the same process before being added to the list,” Emert said.

The goal of the project is to eventually develop a database that allows people to search for a veteran, where they were buried and learn about their records and data.

"We want this to be a work in progress," Emert said.

So far, he said the veterans span from the Revolutionary War to the Vietnam War. However, the work includes uncovering more names and more stories for now.

"Hopefully through sharing this information we can make families aware who have more information than what we have found," he said.

Emert said the grave list is a result of compiling a lot of information, working with local authors, park officials and members of the community.

"A lot of that history has been forgotten," he said.

However, he said in order for the project to accomplish its goals, it needs members of the community to think about their own ancestry.

"People lived all over in different hollows and different ridges down by different creeks," Emert said. "You might just see a little rubble but there's a very good chance there are graves around those old home sites."

The project has only gone on for 6 months, and Emert said this is only the beginning.

"The forgotten ones need to be remembered," he said. "Everybody played an important part in the history of the land."

The list can be viewed on the Great Smoky Mountain Heritage Center website, gsmheritagecenter.org, and also on the Friends of the Bryson City Cemetery website, friendsofthebccemetery.org .

To add a veteran who is buried or whose remains have been scattered in the GSMNP to the list, share photos or to provide support in the development of a biographical sketch, people can contact Don Casada at don.casada@friendsofthebccemetery.org.