Tourists in the Smokies learn about bear safety

Different resources like park rangers, pamphlets and signage help tourists learn to stay away from bears. 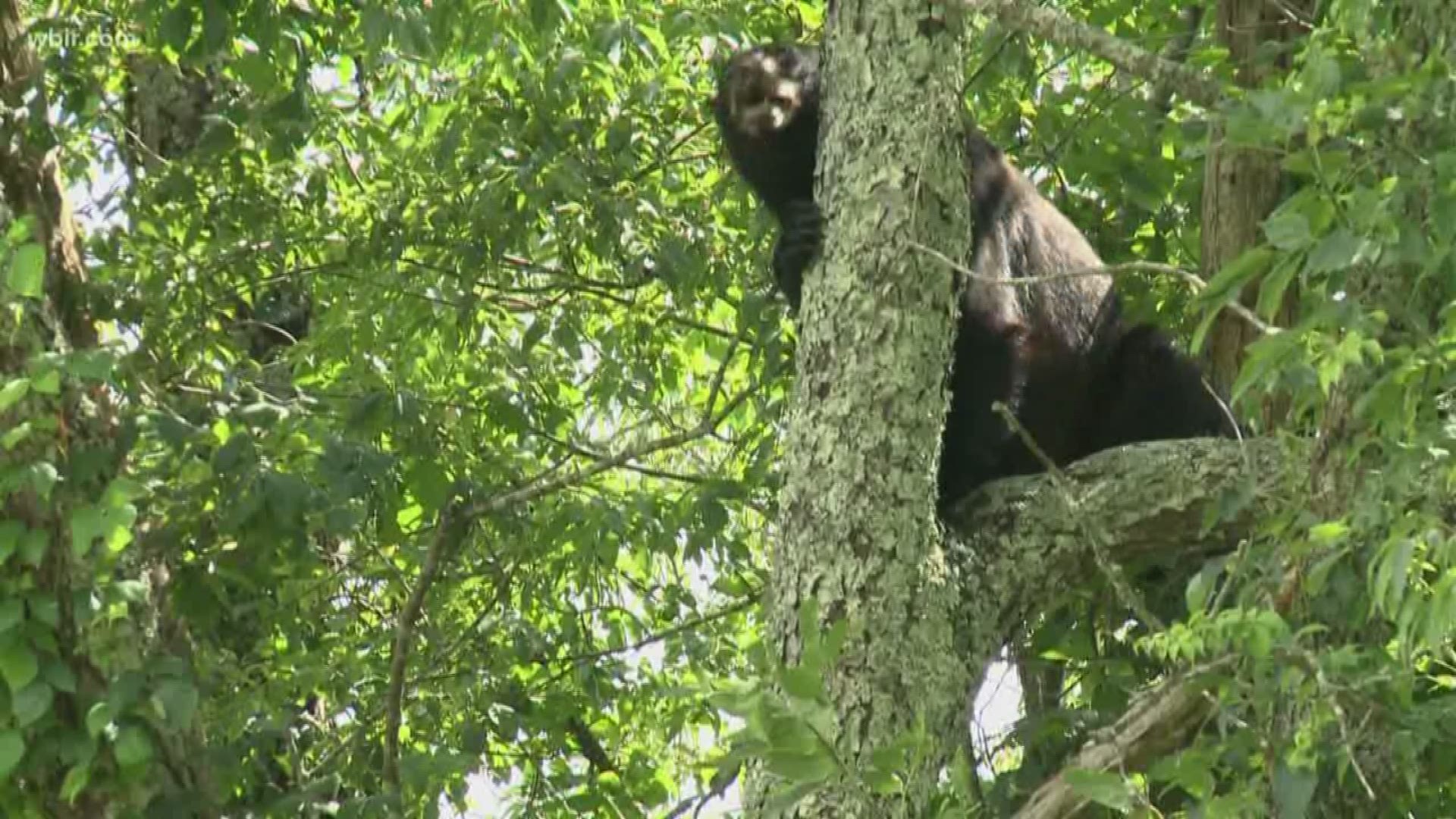 GATLINBURG, Tenn. — The Great Smoky Mountains are home to about 1,500 wild black bears, according to the National Park Service.

They're also home to more than 11 million tourists each year. So, how do tourists learn about bear safety?

Tina O'Connor and her family traveled from Tampa, Florida, to see the Smoky Mountains. Before they came, she made sure to do her research.

O'Connor said her Gatlinburg cabin also had information about how to safely observe bears in the wild, making it easy for her family to know the right thing to do.

"They're really good about it, I've read a lot while I'm here," she said. "I think they're doing a great job."

She and her family said they hoped to see a bear while they were in the park.

Brian Cornette, who traveled from Richmond, Kentucky, said he saw a bear and two cubs Sunday afternoon in Cade's Cove. While he said he's seen plenty of signage, bear safety is nothing new for him.

"I grew up in Eastern Kentucky so there are several around the area," said Cornette. "You got to be careful and keep your distance and just take pictures."

He said he believes most adults know what to do when they see a bear, but that children need more education. He proposed offering classes to teach people what they should know in addition to posting signs and handing out fliers.

"Most children growing up, they probably need to have a little bit better understanding of bears and how dangerous they can be," he said.

Carolyn Moody, who was visiting the Smoky Mountains from Alabama, said that would be a good idea.

"I really don’t know a lot about bears," she admitted. "I do know that you can’t mess with them, make them upset or anything like that or they will attack you."

Her 7-year-old granddaughter Katherine also did not know much about bears.

"Children that's coming up now, they don't know a lot about it," Carolyn said. "It's not taught anymore like it used to."

She said she appreciated the information centers around the national park that offered information and brochures but thought a class teaching bear safety would be a good addition.

"They could teach you a lot about bears and the forest and you know how to treat the bears and stuff like that," she said.