Big Al, Zoo Knoxville's Aldabra Giant Tortoise, has been around long enough to know a thing or two — he's more than 120 years old. 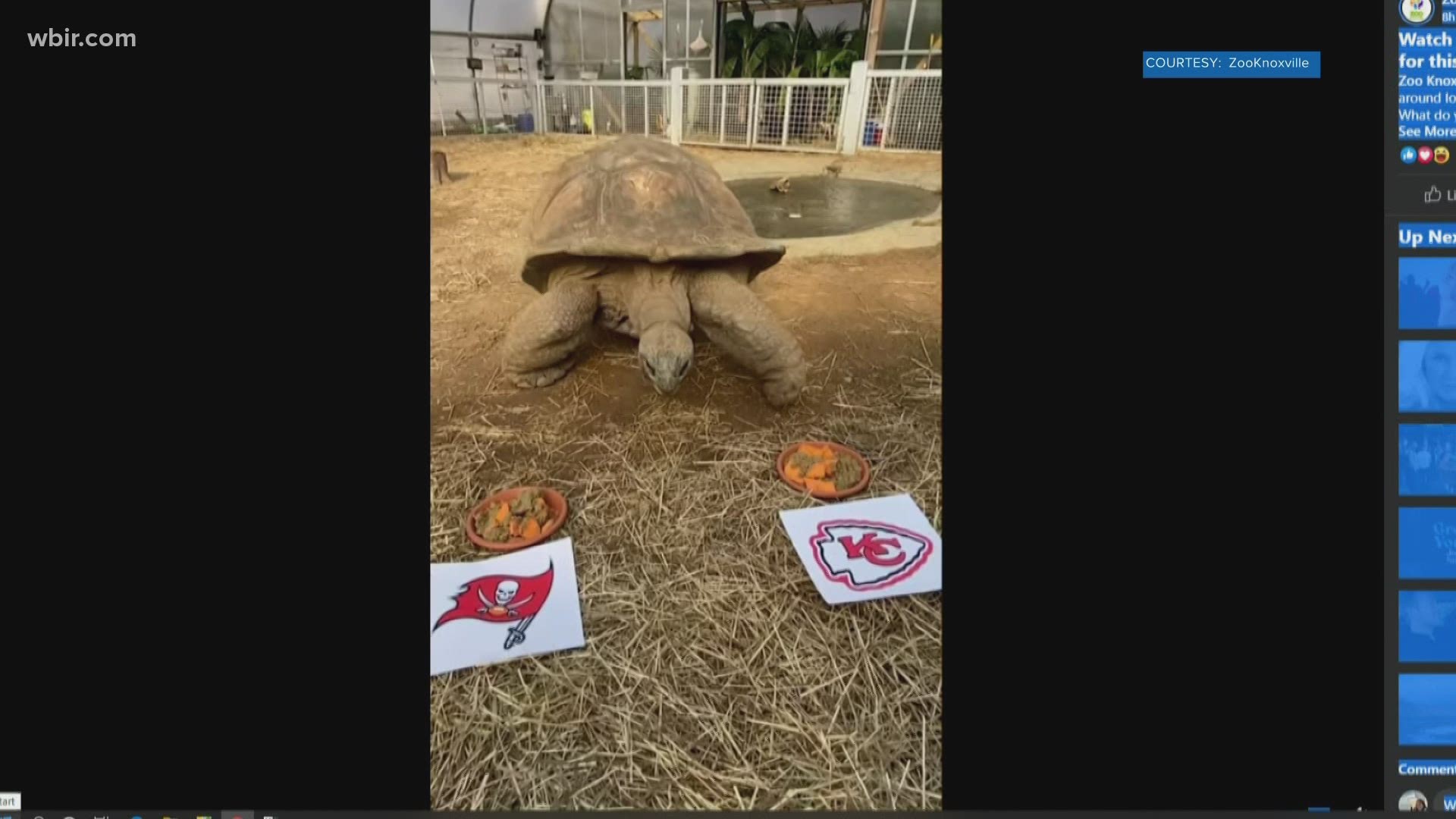 On Saturday, handlers let him predict who would win the 2021 Super Bowl by placing two bowls of food in front of him with the logos for the Kansas City Chiefs and the Tampa Bay Buccaneers. He ended up eating from the Chiefs' bowl first, predicting they would win the game.

Aldabra Giant Tortoises are mostly herbivores that eat grasses and leaves. However, in the wild, they have been also seen eating small invertebrates and decomposing body parts of other animals. Captive tortoises like Big Al mostly eat fruits like apples, bananas and vegetable pellets.

They can live to be over 200 years old, and researchers said that they tend to outlive human observers. They also weigh several hundred pounds, according to officials with Zoo Knoxville.

Big Al also has his own Twitter account, where he shares facts about the tortoises and other animals in the zoo. The account also posts jokes and animal-themed puns.

I've lived long enough to know a thing or five. I'm calling #SuperBowlLV for the @Chiefs. Enjoy the big game safely, my Pals. I know this is the day when everyone gets lots of snacks, so that's fun. Have a great weekend! @NFL @CBSNews @zooknoxville
https://t.co/f4HKlQEz7x