KNOXVILLE, Tenn. — Georgie and Malay are Zoo Knoxville's adorable and playful gibbon pair. They are also the star of the Zoo Knoxville Gibbon Cam on WBIR.com and the WBIR app, where you can check in on them anytime you want!

Georgie is one of Zoo Knoxville's most popular animals because he loves interacting with zoo guests. He is playful, energetic and inquisitive. He is 15-years-old and you'll see him swinging all around until something, or someone, catches his eye!!

Malay takes a more cautious approach to situations but likes following Georgie around. She also has fabulous hair. She is 19-years-old. 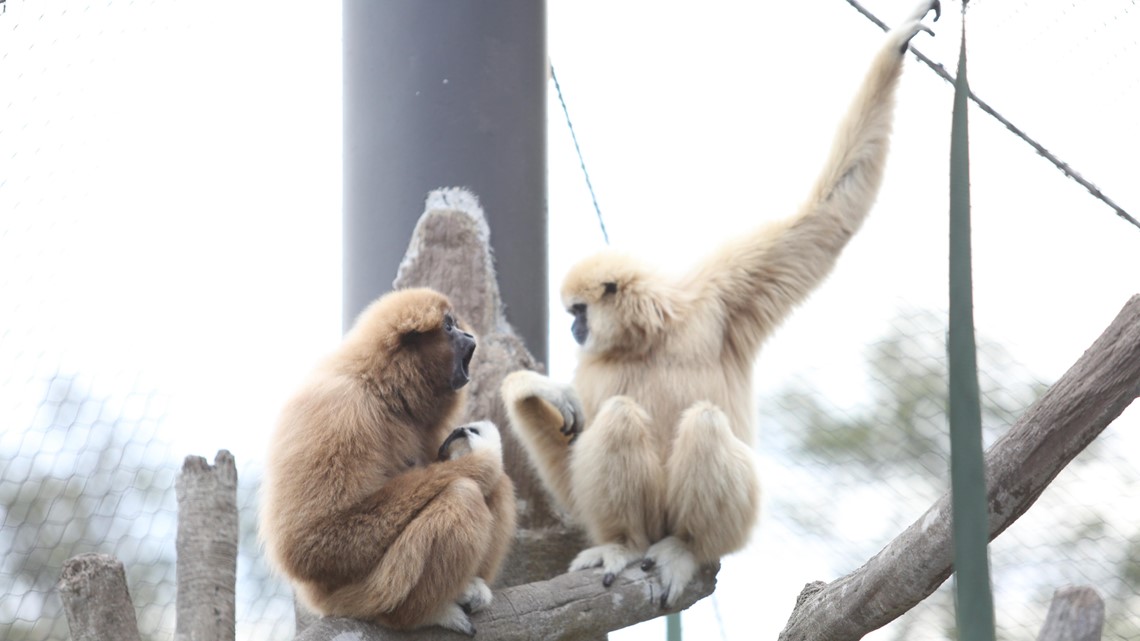 White-handed gibbons are endangered, and their wild populations are decreasing. Threats to gibbon survival include unsustainable agricultural practices including logging, the building of roads and railroads, and hunting and trapping by humans.

Zoo Knoxville works as part of a collaborative effort of zoos accredited by the Association of Zoos and Aquariums (AZA) working to save gibbons from extinction. Called the Species Survival Plan, accredited zoos around the world are working together to ensure a genetically diverse and healthy social population lives in human care.