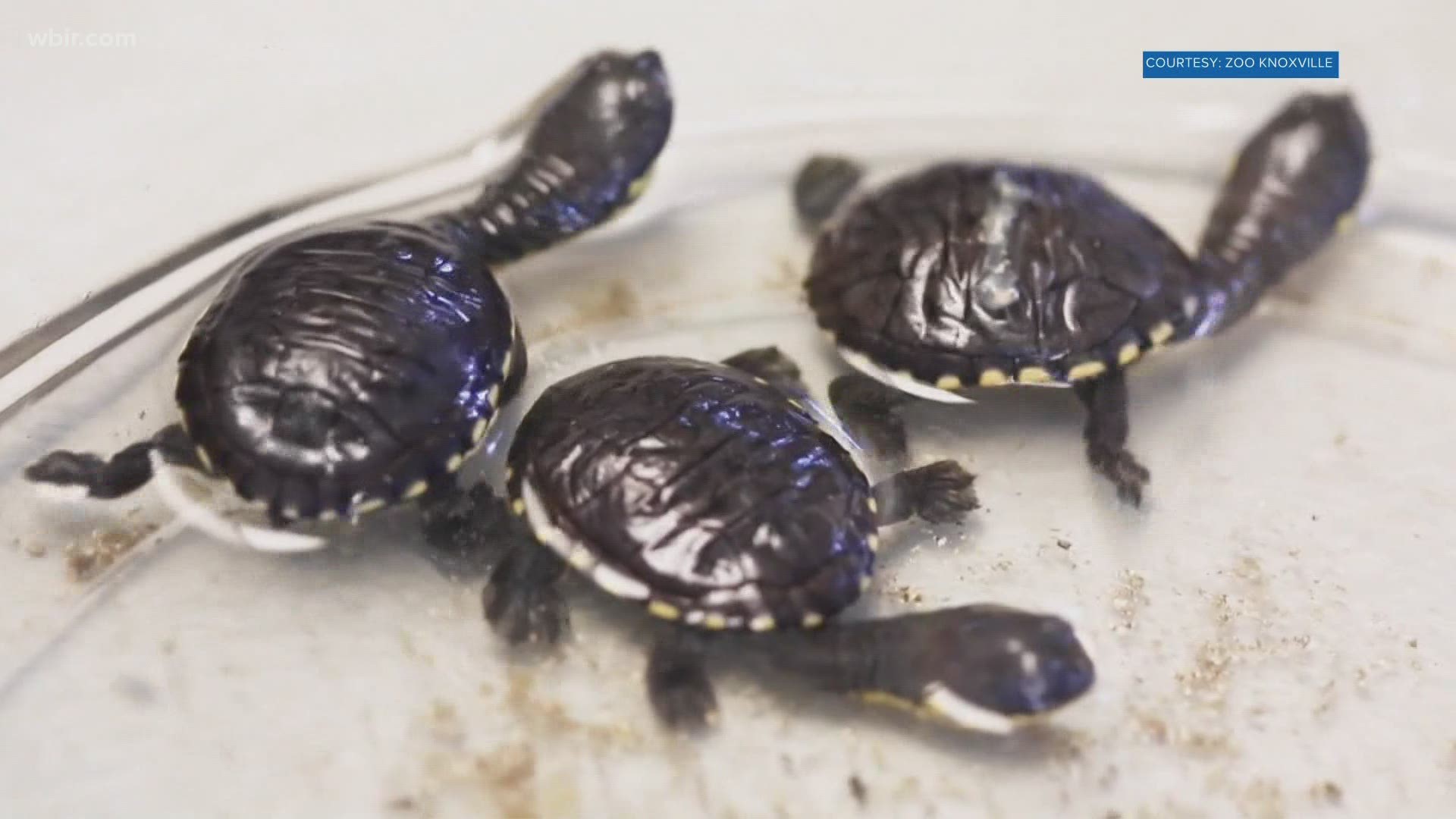 Officials said that the three Roti Island Snake-necked Turtles hatched in mid-April after zookeepers found eggs in the enclosure for their other Roti Island turtles. Since the 1990s, the population has suffered disastrous declines of more than 90% due to animal trafficking and habitat loss.

They are now ecologically extinct, with all the known turtles in the world being held in zoos and conservation organizations. They are endemic to a specific island in Indonesia — Roti.

"We're really excited to get to participate in making sure we still have some," said Charlotte Caruth, a zookeeper. "If we didn't have zoos right now, we wouldn't have any of these turtles left."

The turtles have unusually long necks that help them catch fish and reach into places other species can't get to. However, they also can't fully retract their necks into their shells like most other turtles.

The hatchlings' parents are on display at Zoo Knoxville's new Amphibian and Reptile Conservation Campus. They will join their children soon, once the hatchlings have grown more.