Heather McMahan spoke with WBIR Anchor Abby Ham about her brand and her life, before her show at the Bijou Theater. 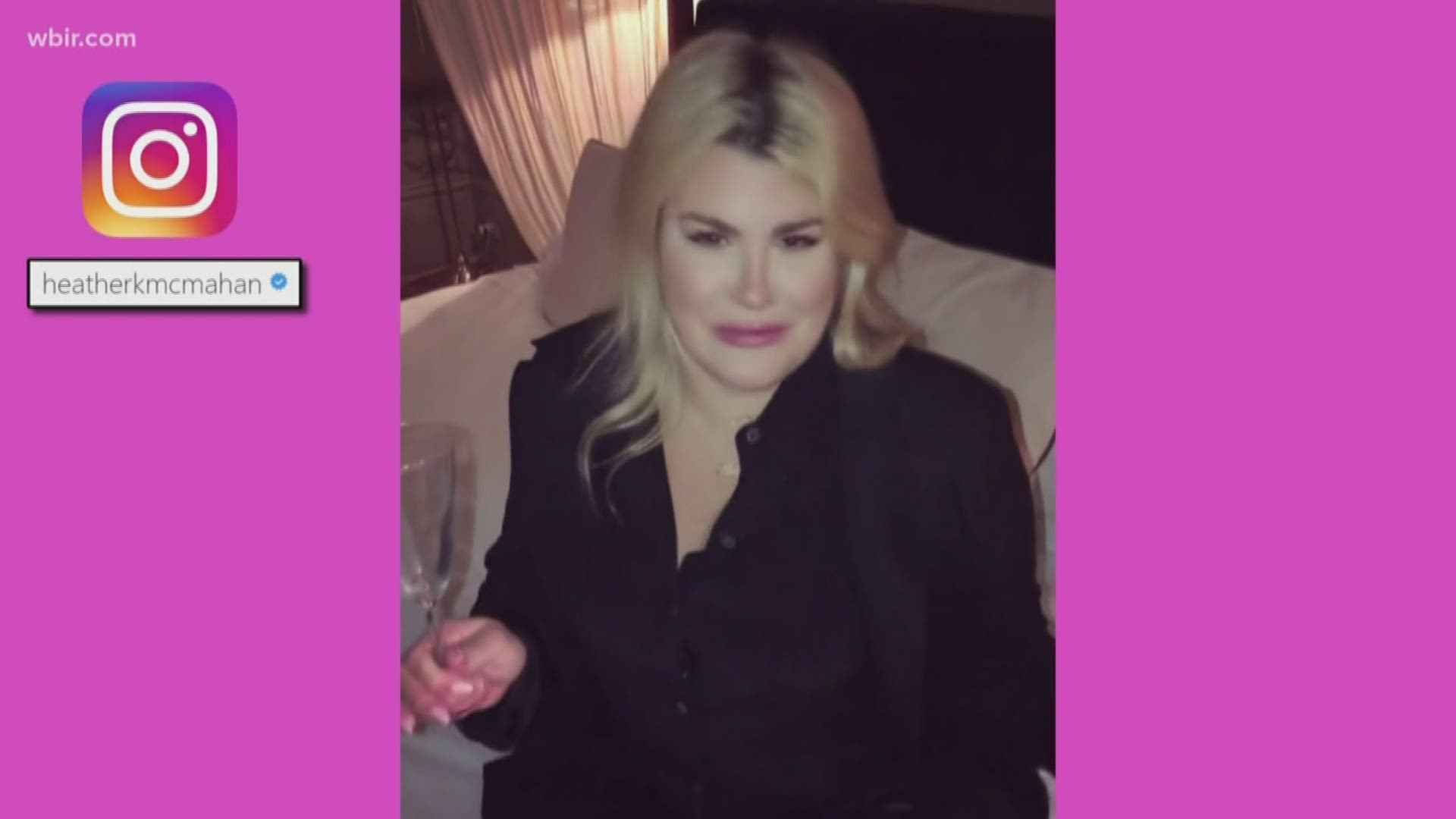 KNOXVILLE, Tenn. — She's a comedian, famous Instagrammer and many consider her to be the most relatable person on Instagram.

Her name is Heather McMahan. WBIR 10 News Anchor Abby Ham got the chance to sit down with her before her show at the Bijou Theatre in Knoxville on Nov. 24.

“Oh sorry I didn't see you there. I'm just hanging out in a suite in a villa in Italy, doing the most and being so extra,” McMahan said in a video on Instagram. Her personal brand is simple: it's about being both comedic and authentic.

She does almost anything on her Instagram account and makes sure she stays genuine while doing it. Her posts include impressions, bizarre things that happen to her every day and everything in between.

“I do know that God has a sense of humor because the things that happen to me, it falls in my lap,” said McMahan.

She documents it all on social media.

“I was always just a funny kid. I did stand up comedy at my junior prom and I roasted the senior class and it was in that moment where once I made my peers laugh I knew this is what I'm supposed to do,” said McMahan.

Heather has been doing comedy and acting for a decade. She went from New York to L.A., auditioning for acting gigs, doing improv, but it was not until she left the limelight and moved home to Atlanta that she blew up.

“After my dad passed I moved home, I started really talking about what it was like to go through grief in a very comedic, humorous way and honestly being truly gritty about what was going on in my life and the response was truly incredible,” said Mcmahan.

Now she is everywhere. She has more than 400,000 followers on Instagram and her mom calls her every morning with the new tally. She has a podcast, a live tour and she fills in on the Today Show, thanks to Maria Shriver.

“If you were watching last week you might remember Maria mentioning a very funny girl she follows on Instagram, Heather McMahan, and we just had to meet her," Jenna Bush Hager said in a clip during the Today show.

“I was in Malibu at this wellness retreat and I woke up one morning and I had 500 missed phone calls and then the Today Show producers called me and they said ‘Maria Shriver was just on she said you're absolutely hilarious and that you would be a great guest host!’ It was such a surreal moment,” said McMahan.

Her live shows have sold out in cities across the country, including here in Knoxville at the Bijou Theatre where so many donned their leopard, a Heather favorite, to listen to her hilarious life stories.

“I've never been to Knoxville and I have to say this theatre is one of the most beautiful theaters. I actually said out loud, ‘Can we do my Netflix special here?’” said McMahan.

There's no special. Yet.

“Where should I look? I'm ready. Netflix, call me,” said McMahan.

Heather connects to her audiences through a brand that is real, authentic and she connects to be people because she always says she lives her truth.

“On social media I feel like we've been living in this bubble that everybody's life is perfect. Everyone's filtering. I do the absolute opposite of that. I'm like absolutely not to the filters. I don't even know how to do it. I think I'm too old to try and figure it out, my fingers are too fat to do Facetune,” said McMahan.