Savage, whose real name is Shéyaa Bin Abraham-Joseph, was held in ICE detainment earlier this year. 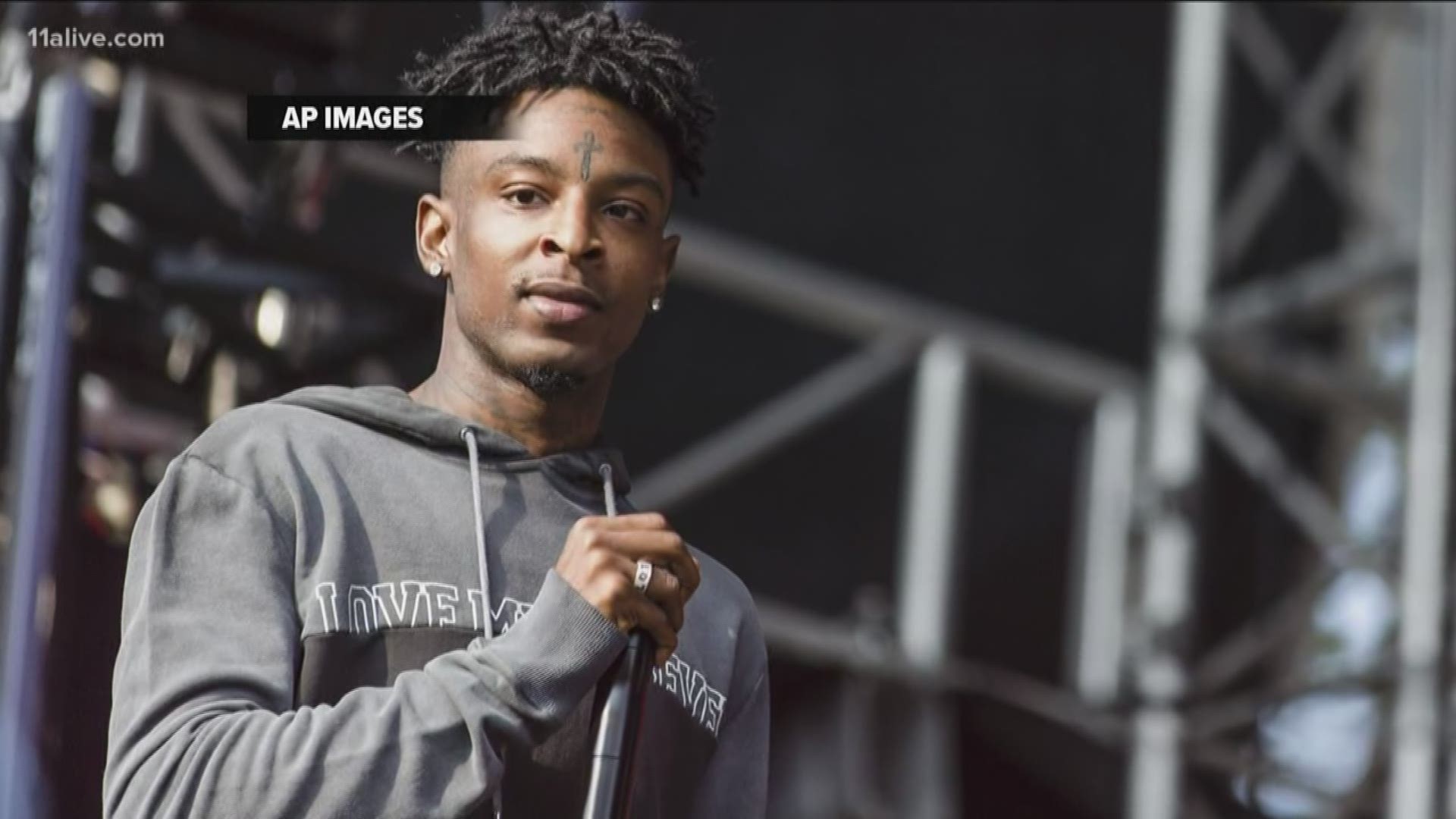 ATLANTA — Grammy-nominated rapper 21 Savage is giving back to the team that helped get him out of immigration detention.

Savage, whose real name is Shéyaa Bin Abraham-Joseph, was held by U.S. Immigration and Customs Enforcement earlier this year. During his detainment, several national organizations came together to fight injustice by forming a coalition to seek his release.

In an effort to continue his activism, the donation will go to ensure that immigrants in detention centers in the deep south have access to legal representation.

“21 Savage is making this donation public because everyday Americans need to know that ICE is using civil immigration detention as a weapon against immigrants, many of whom, like 21 Savage, have relief from deportation and are able to fix their immigration status. Creating oppressively adverse conditions of detention, like those in Irwin County, Georgia, far away from family and legal counsel, causes despair and hopelessness, and forces these men and women to give up on their immigration claims. The SPLC, through its Southeast Immigrant Freedom Initiative (SIFI) stands at the front line of this fight and supporting this effort lets all Americans know that the Constitution which protects the least of us, protects all of us.

Though listed on many sites and bios as an Atlanta native, 21 Savage is actually a British citizen.The rapper, who has long claimed Atlanta as his home, was targeted during an operation that included both federal and local law enforcement partners in metro Atlanta, officials said.

According to the  Southeast Immigrant Freedom Initiative, only one in six immigrants detained in the Southeast has access to an attorney in removal proceedings. For an immigrant in detention, that legal representation can mean the difference between winning and losing their case — between staying with their family or being forced to return to a place that is no longer home. The SIFI, a project of the SPLC, enlists and trains volunteer lawyers to provide free legal representation to detained immigrants facing deportation proceedings across the Southeast.

Recently, 21 Savage released his critically acclaimed, sophomore project i am > i was which debuted at No. 1 on the Billboard 200 Charts and earned a RIAA-certified Platinum plaque.

21 Savage got a quick hearing and bond, but what about other ICE detainees?