They call him the tender cowboy. A native of Coalfield, the 17-year-old is excited to show Team Blake that East Tennessee means business. 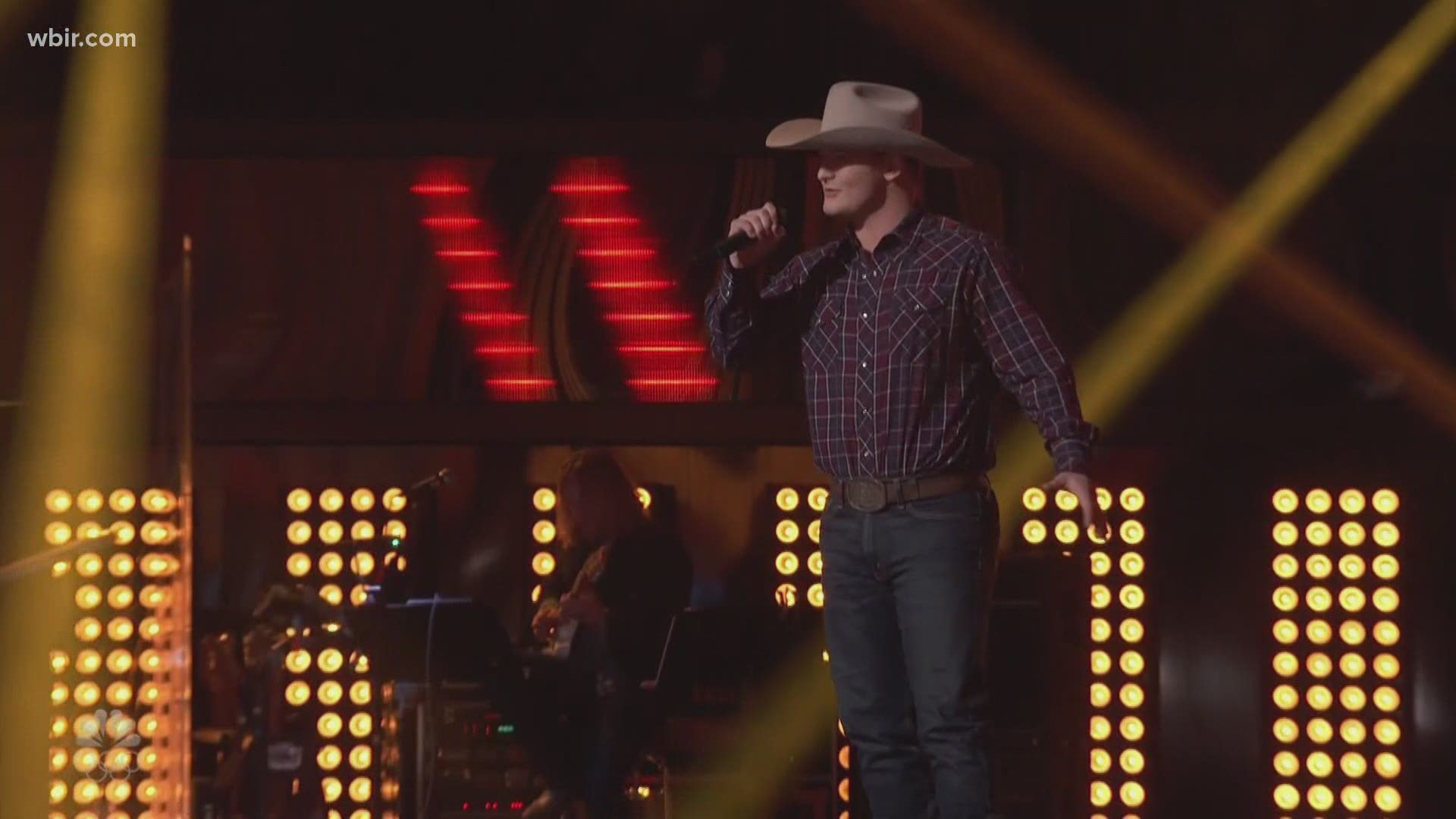 COALFIELD, Tenn. — From a small town to the big time. Seventeen-year-old Ethan Lively is representing East Tennessee on NBC's The Voice this season.

The Morgan County native said performing on the Voice stage was the biggest thing he's ever done. He landed on Team Blake after singing "You Look So Good In Love" by George Strait. Shelton was the sole judge to turn his chair.

"I was pretty much surprised as everybody else when I saw it on TV," Lively said.

The judges commented on how deep the teenager's voice sounded. Shelton even described it as "sandpapery."

Lively said he grew up loving Rock, but came to love Country as he got older. His musical inspirations are Johnny Cash and Travis Tritt.

Since his TV debut, he can't go anywhere in Coalfied, which has a population of about 2,500, without getting stopped. He describes the experience as "hometown famous."

"I can't go anywhere without pictures, everybody's wanting pictures and my autograph before 'I get too famous' is what they say," Lively laughed.

Lively said he can't wait until his hometown fame turns into the global kind.

"I expect my town to be supportive of me, but I've got supporters all over the world," Lively said.

He tried out on a whim after getting a message from a friend. He did the audition process virtually and flew out to LA for his chance at fame.

Landing on Team Blake was his dream come true.

"Just being from a small town here in Tennessee, you never expect to be much, even as far as like trying to get big from singing, you don't expect that much," Lively said. "Being on his team showed me that it doesn't matter where you're from. If you follow your dreams, you make it."

His family, watching through a screen, were as proud as could be.

"When I was out there, I knew that no matter what I did, I had to at least make it through the first round and like everybody proud back home," Lively nodded.

His message to East Tennessee is to, "Just don't be afraid to chase your dreams."

Lively has been homeschooled for the past two years, and said it's easy for him to balance school work and performing. He works two jobs to support himself, and has always dreamed of using his voice on stage for a career.

If you would like to follow along with Lively this season, you can watch the Voice on Mondays at 8 o'clock on WBIR.