Coalfield's Ethan Lively advances to the knockout rounds on The Voice

The 17-year-old from East Tennessee said he didn't expect that at all! 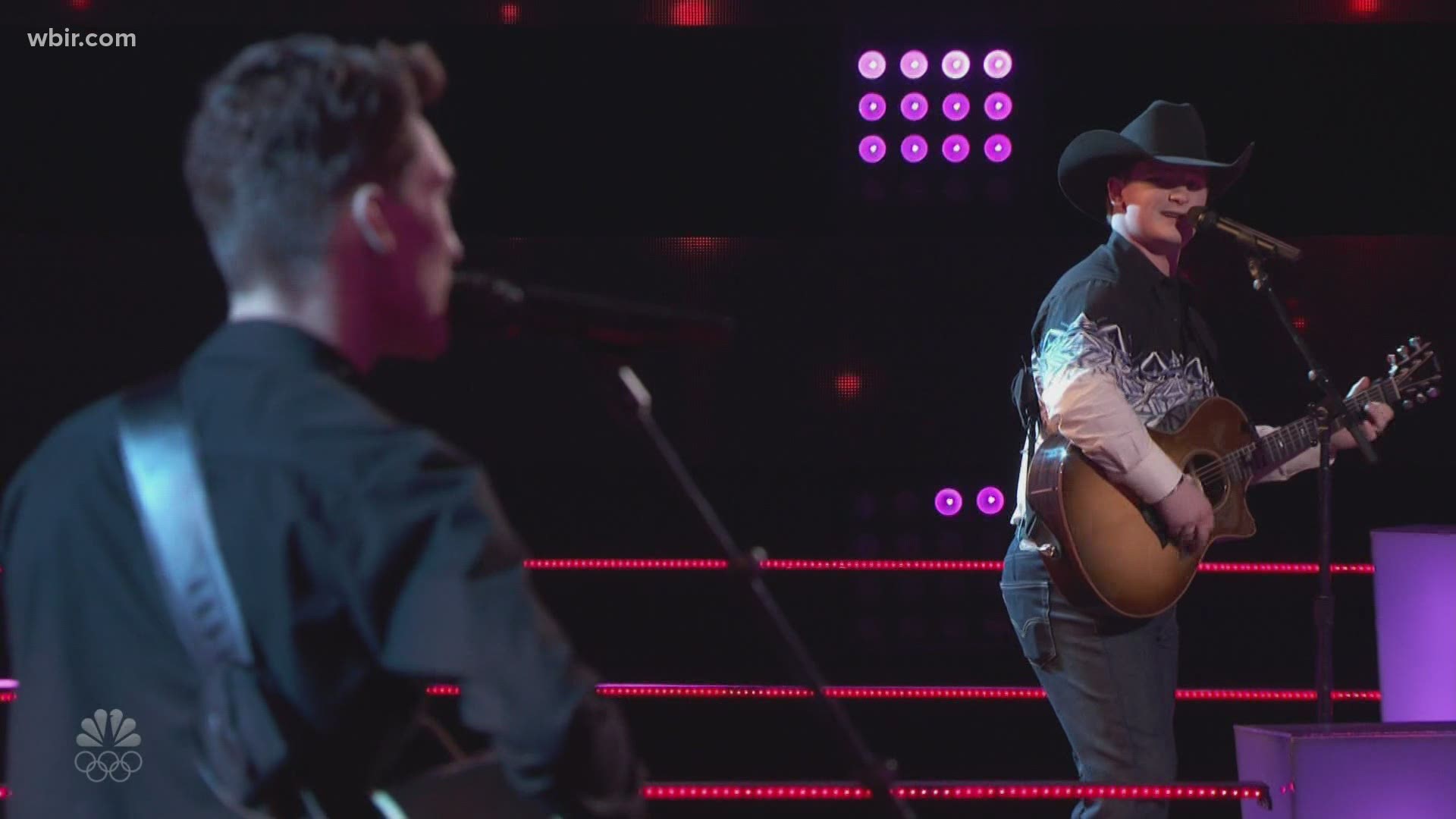 The pair did a duet of "Just Got Started Lovin' You" by James Otto.

John Legend said he felt the song played better to Ethan's strengths because of its low range, and Nick Jonas joked that he felt like half a man because there's no way his voice could go that low.

Still, Nick was the only coach who really offered an opinion to Blake, saying he would pick Avery for the win.

It was up to Blake, though, who ultimately decided that Ethan was the winner.

"I didn't expect that at all," said Ethan after the performance. "Being from a small town, I never saw myself even setting foot on that stage, let alone making it to the knockouts. That's crazy."

Ethan, who tried out for The Voice on a whim after being encouraged by a friend, first auditioned virtually and was flown out to Los Angeles to sing for the judges.

He sang "You Look So Good In Love" by George Strait and Shelton was the only judge to turn his chair.

For Ethan, being able to make a living with his voice would be a dream come true.

It was a happy ending for Avery as well. Kelsea Ballerini, who is sitting in for a sick Kelly Clarkson, used her steal to grab Avery for Team Kelly, so he will also remain in the competition.