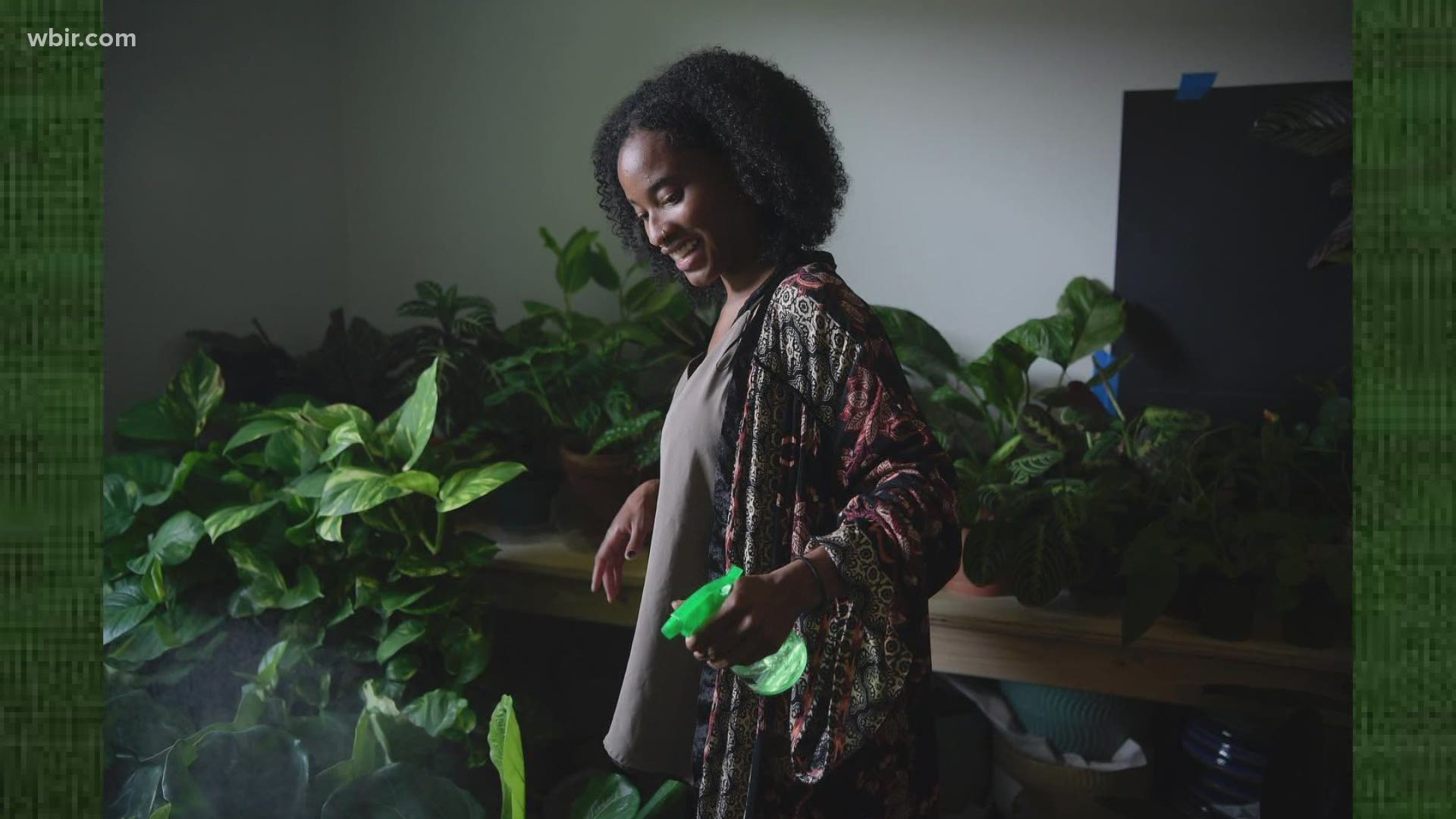 KNOXVILLE, Tenn — Houseplants have a certain appeal for Jade Adams.

"I love that you can care for something, and it's a little bit more low maintenance than like a pet," she said. "Once I figured out that I could take care of a plant I just went full force with it and started collecting a lot."

Last year, Jade Adams had about 300 plants living in her home.

"I realized I had way too many plants, and I during COVID I wanted to trim down my collection a little bit, so I thought about selling around 100 of them. I tried to pick out the 100 that I didn't like as much," she said.

At first she sold them on Facebook and Instagram and then a few months ago her business grew a lot. She opened a store in North Knoxville called Oglewood Avenue. It's a modern houseplant boutique.

"There's always a new plant that I can learn about or am learning about or will learn about. The cycle of what plant is in or new is always changing and so it's really fun to keep up with that," she said.

In college, Jade was a microbiology major who took a lot of botany classes.

She said, "I love the science behind why plants do what they do, and in what areas and conditions that they thrive most in so when you step into the store I provide probably a little bit too much information about some of the plant choices that could go home with you."

After you take a plant home don't be surprised is Jade follows up to make sure you and your plant are a good match.

What are the easiest houseplants to take home?

"There's three house plants I always recommend for our new plant parents, and the first one is called a Pothos. It's a really nice plant, because you only water it once every two weeks is very low maintenance and it doesn't need a lot of sun.

"The second one is called a Snake Plant. These plants can virtually live kind of anywhere. They kind of thrive on neglect so people like them because if you forget to water them they're not going to be as mad at you.

"And then the third one is called a ZZ Plant. That's probably the most bought house plant here. It is one that you only water once a month to once a month and a half. And it can live in like dark spaces or it can live in really bright line so it's a very versatile plant," she said.

Credit: Jade Adams
Jade Adams had about 300 houseplants in her home before deciding to sell some on social media

She has discovered like-minded people in since she opened her store in North Knoxville in October.

"They stop in and just kind of want to be around greenery, even if it's just for like 10 or 20 minutes and then go about their day," she said.