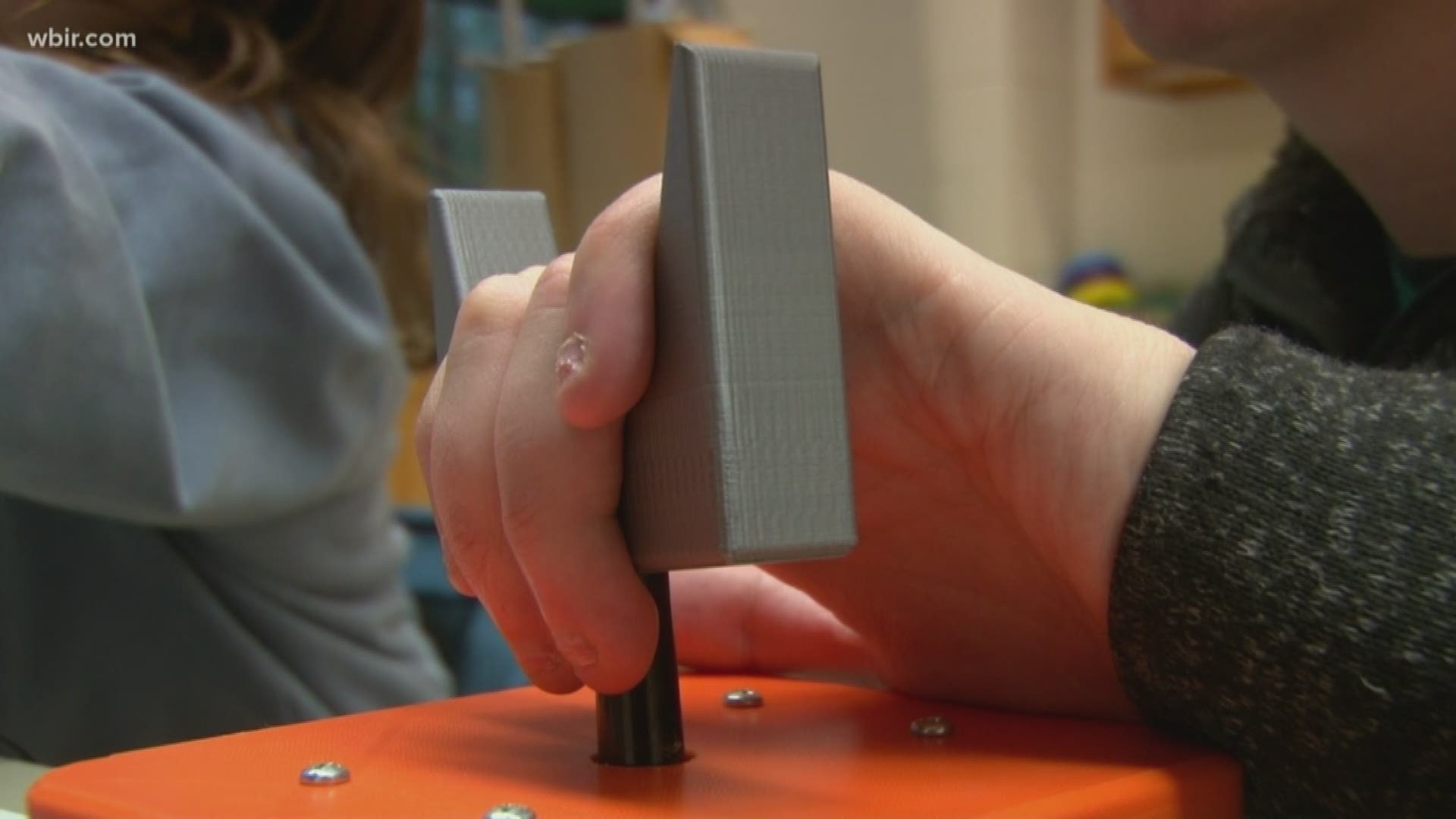 For example, Will Brewer uses a special joystick to munch up the dots in Pacman.

"We have some individuals who have only been able to watch their friends or their siblings play and now because of the Xbox controller and that set up we can allow them to play together," Daniel Alexander said.

Developing special video game controllers is a collaboration between Knoxville Parks and Rec and SPARK. That non-profit makes adaptive equipment for people with disabilities.

Credit: WBIR
Game controllers do not require fine motor skills but instead allow the player to rest a hand on the controller

"All the gamers we're working with lack some aspect of strength or dexterity to use a regular video game controller. And so, for example the controllers we're using right now are shaped such they retain the hand a little bit so they can rest their whole hand on the controller and still manipulate the joy stick," Jedidiah Cuttle said. He is the Lead Innovator at SPARK.

Credit: WBIR
Will Brewer enjoys a game of Pacman at Inskip Recreation Center

He sees a barrier and works to overcome it. In some cases, gamers need more than a hand controller.

"Any of these games have a large number of buttons and functions that are necessary and so the foot pedal is one we can add to anyone's set up to give them one more button or one more function and it works really well," he said.

A foot pedal can control punches and kicks while a hand controller changes direction.

"Nearly all of it is watching what works and talking to your players and trying to figure out how you can change the designs of things or change the configuration of things or move things around so they can play  a little bit faster and better and more accurately and enjoy it a little bit more," he said.

Credit: WBIR
People with and without disabilities can enjoy adaptive video games

Camdyn Cupp is an intern who jumps at the chance to play a game with Will. The games work for people with disabilities and those without for truly interactive gaming sessions.

Jedidiah and Daniel would like to see the free adaptive video gaming program expand.

"Hopefully we can get an e-sports club developed where we're working with both University of Tennessee e-sports club and particularly any other high school youth e-sports clubs that maybe year around," Daniel said.

Jedidiah said, "Eight to 16 players are all playing together - both members of the disability community and members of the community at large - and they get to share video games as a point of commonality and as a way engage with each other and have fun together."

Friends can have fun together playing video games.

Knoxville Parks and Rec is looking for a community partner in the gaming business that could offer a social game night for people with disabilities and their friends.

RELATED: Knoxville Parks and Rec introducing pickleball to the area