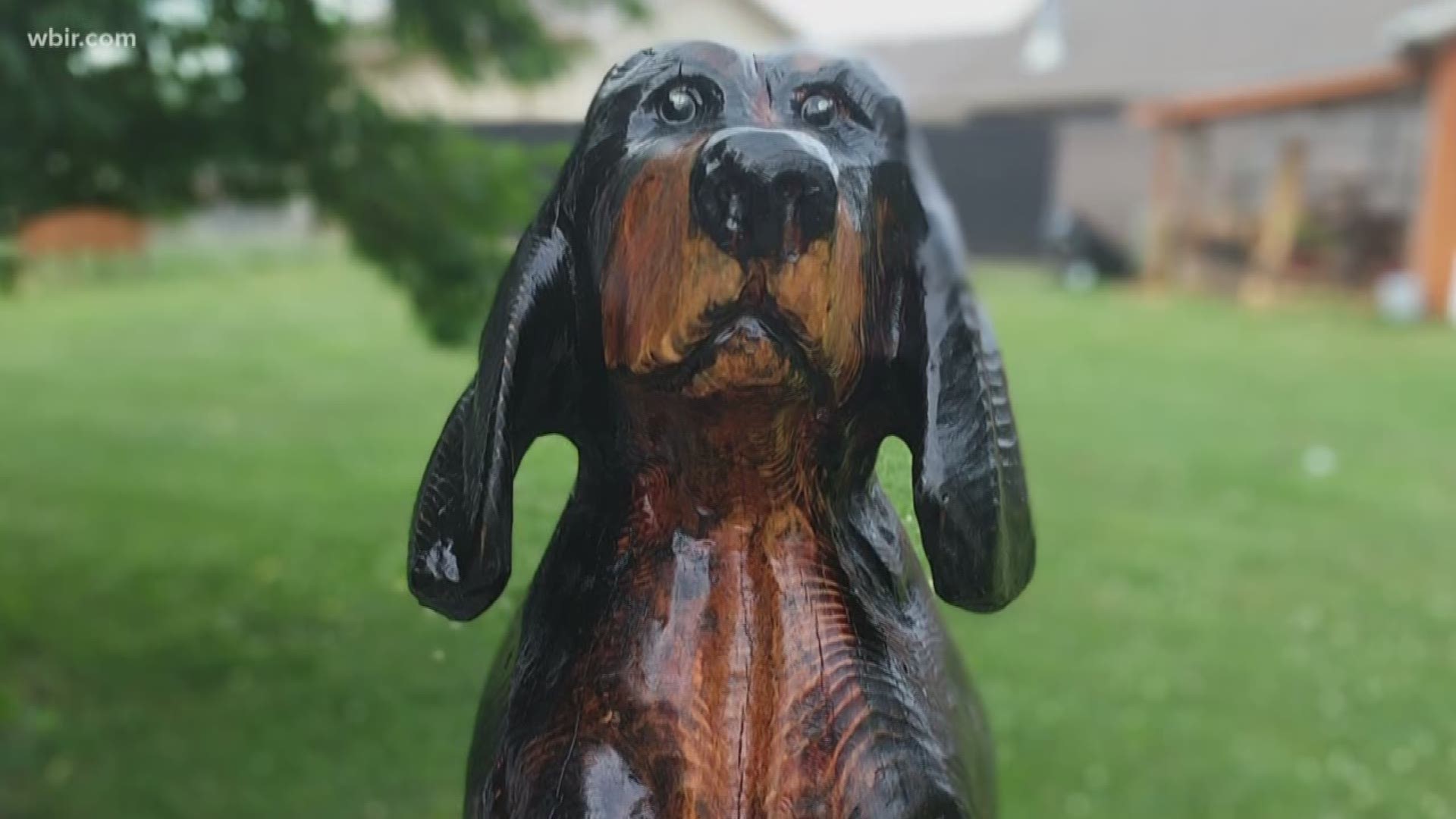 LOUISVILLE, Tenn. — An artist in East Tennessee is creating a buzz

His company features a happy dog riding in the truck bed. The dog is realistic but not real.

Jeff Banning has painted motorcycles and carved ice. Then about two-and-a-half years ago, the artist tried something new.

"A lot of people tell me I can't even draw a stick figure. And the first thing I tell them it's is a good thing we're not carving stick figures," he said.

Credit: WBIR
Jeff Banning carved this dog from a log

No sticks in his outdoor workshop, just big logs. They are custom cut to order at Wood Carved Creations.

"I do a lot of dogs and stuff for people and so they want to kind of have it look like their dog. They will send me pictures and I will try to replicate it as best I can," Jeff Banning said.

Sometimes the log itself suggests how to craft the carving.

"The customer wants a bear or a dog and I'll look at the log for a while just to figure out what the best pose is what's going to be the best angle for it then start from there," he said.

He works with chainsaws in three sizes and when a piece is mostly complete he turns to other tools.

"I've got different grinders, angle grinders, and burr bits and stuff that I use to add a lot of fine detail and fur and stuff and then sanding it up and burning it also helps add depth and dimension," he said.

An eagle perches on top of one of three sculptures he's carved on location from a stump. That adds some pressure.

"The pressure goes up because you can't make a mistake. If I make a mistake on a regular log I can start over and get another log and start fresh," he said.

He can't start over on a15-foot tall stump. But he doesn't make many miss-cuts.

Humans are hard to carve.

"People are really hard to do to get the anatomy and especially females because they have softer lines. I have done a few Native American pieces but it is very challenging and it's one of those skills I'm still working on," he said.

While he's working on a piece, he's a little nervous about how the customer will react. But then...

"When I see the expression on their face and I see their excitement or hey, that looks just like my dog, it's exactly what I wanted. Or even better, that's more than I ever expected, it's very satisfying, very satisfying," he said.

His chainsaw makes the satisfying sound of an artist at work.

With proper care, he said, the wood carved creations can last for decades and beyond.