Confidence to confront bullies without violence

The tenets of Taekwondo are teaching tools for anti-bullying 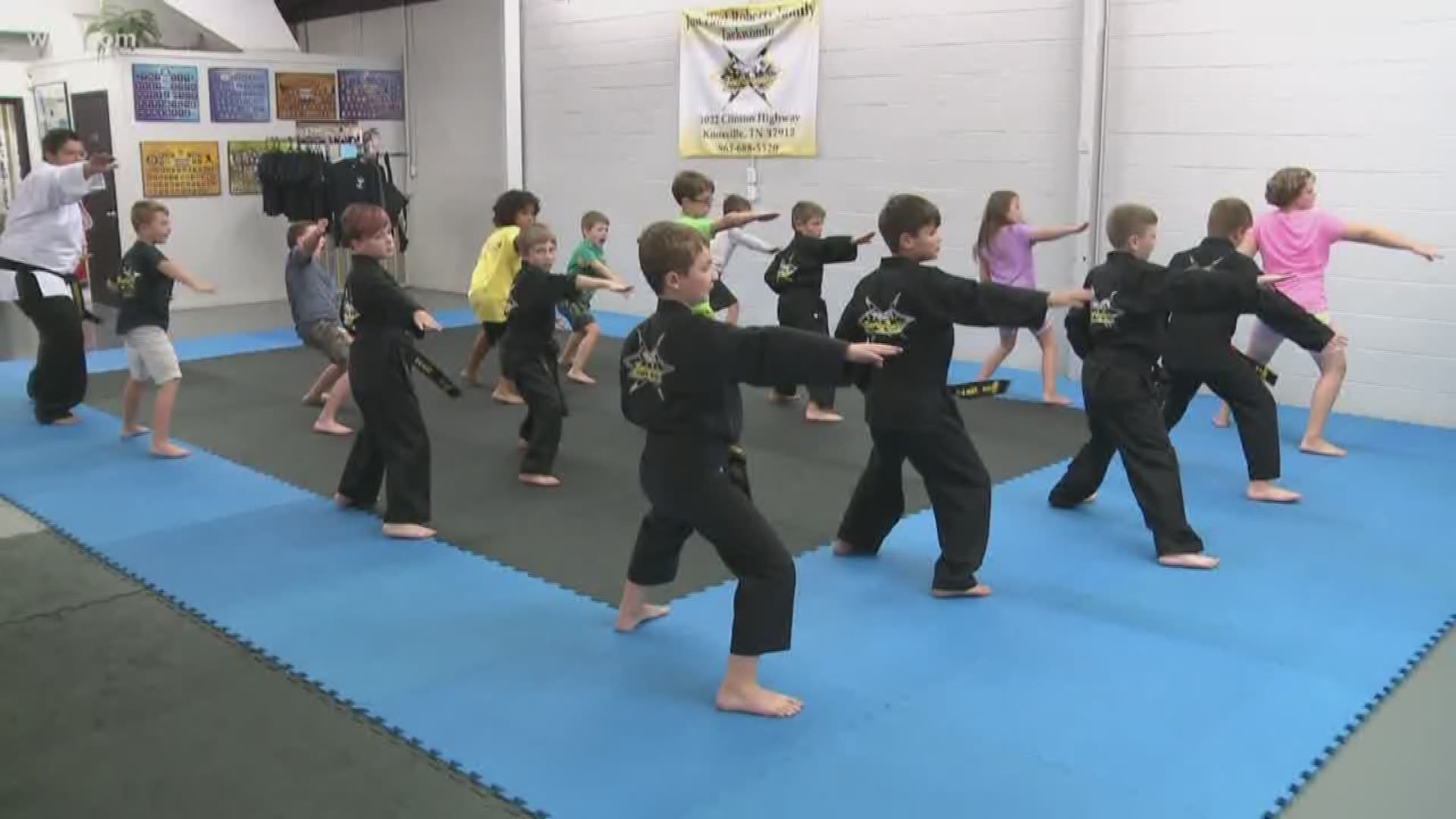 At Jon Paul Roberts Family Taekwondo kids and adults learn kicks and punches and martial arts techniques. They practice then pass proficiency tests to move up to the next rank and belt color from white belt all the way to black belt.

They are skills the students could use to defend themselves.

"The skills that you learn in class. Hopefully you'll never have to use them as a form of self defense. But if somebody is actually trying to kick or punch you, you've go to have something to defend yourself with," 7th degree black belt Jon Paul Roberts said.

"You really learn first of all how to defend yourself and self-control, one of the most important things. And you just really learn that focus," she said.

Every class starts with reciting the tenets of taekwondo.

They learn how to combat bullies without throwing a punch.

Anthony Diaz is 10 years old. The black belt has never been bullied but he knows what it is.

"Bullying is like if someone keeps on picking on you and they know you can't stand up for yourself," he said.

Thanks to his Taekwondo training he knows how to stand up for himself and others.

"I would say hey stop it, that's not really nice and how would you think is someone did that to you," he said.

Evelyn said, "I would first tell them to back off and if it got more serious I would tell the teachers, my parents."

In Taekwondo they learn martial arts is a last resort for self-defense.