We took a pup on a Doggie Day Trip and had the best day ever with our new friend!

We took a dog from Young-Williams Animal Center on a fun adventure around Knoxville during a Doggie Day Trip. 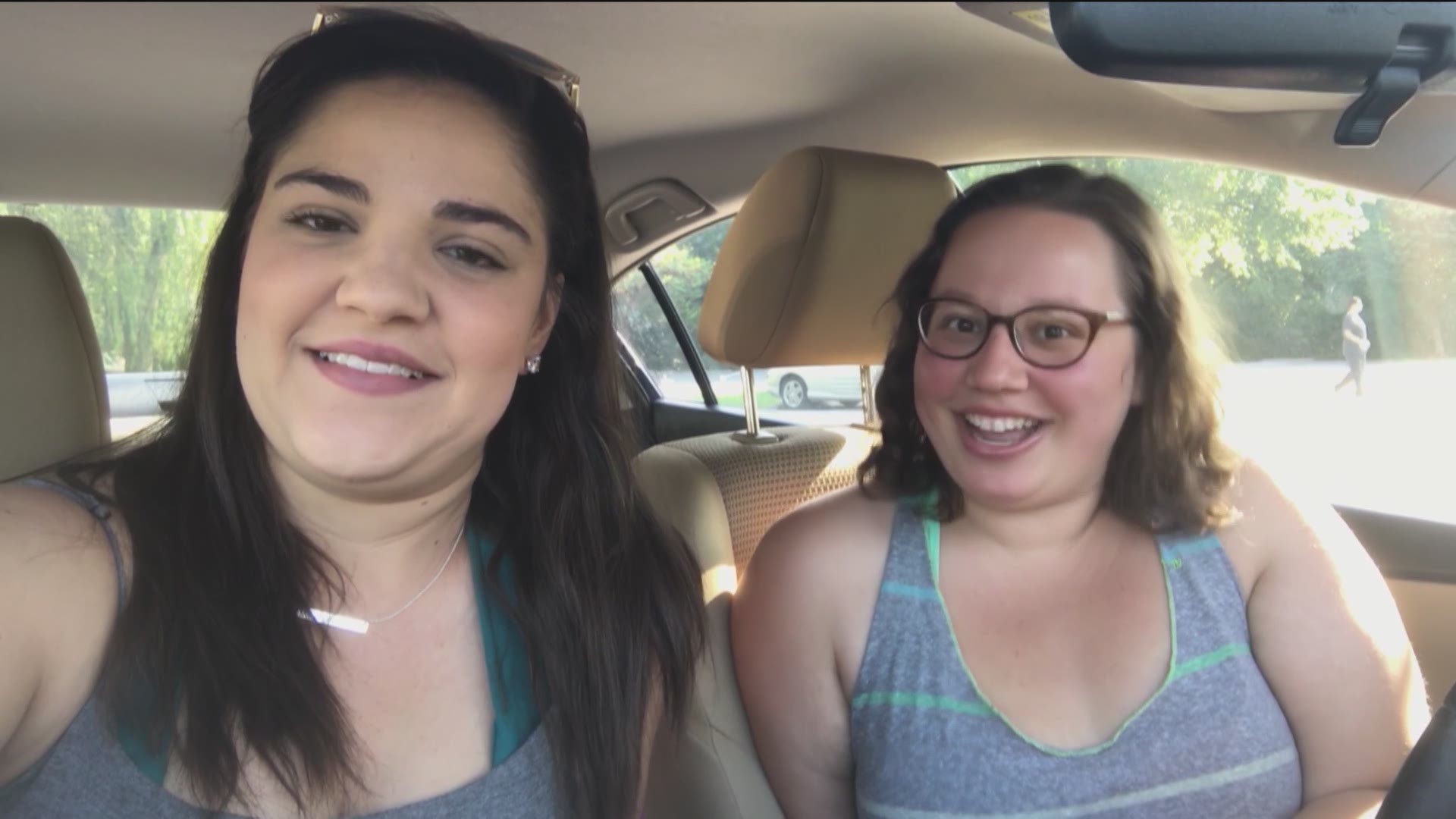 KNOXVILLE, Tenn. — Have you ever wanted to adopt a dog for a day, but just one day? Young-Williams Animal Center gives people the opportunity, but many do not take advantage of it, according to the shelter.

It's called the Doggie Day Trip, and the shelter considers it a well-kept secret. You pick a dog on the adoption floor at the shelter and you can take it wherever, as long as you follow the few rules of the program:

Sounds pretty simple, right? That's why we did it!

All we had to do before was fill out an online application and set up a time to go pick up the dog. We were able to schedule it for only two days after we sent in the application.

We went to the shelter on Monday at 10 a.m. to meet our new friend! Unfortunately, not all of the dogs at the shelter can have this experience. There are some dogs whose shot records or current health keeps them from going.

We picked Flash, an 8-year-old dog, because he was small, appeared calm and Danielle thought he looked sad. We did not know anything about his history, except that he might have been a stray, but he was the perfect choice.

Credit: Danielle Katz
Flash, cooling down in some shade at UT Gardens

The shelter gave us Flash and a drawstring bag full of everything we needed for the day. It had many dog waste bags, a bag of treats, a big water bowl and a refillable water bottle.

We weren't sure where to take Flash, so we asked the woman at the front desk for advice. She suggested Lakeshore Park.

We went to the park and strolled along some of the trails for about an hour. Flash, of course, marked his territory along the way. As he did this, he tended to scratch his feet and kick up whatever was underneath them.

Flash wasn't interested in the actual lake. He wouldn't even look at water unless it was in a bowl. We made sure to take plenty of water breaks, for both Flash and ourselves, since it was hot outside. Eventually, Flash found a cozy patch of grass in the shade and started rolling around in it.

This was the perfect place to stop and give him some time to relax. When Flash decided to start moving again, we went back to the car and made our way to Market Square.

We parked and took Flash down using the elevator. It might have been his first time in one because he jumped a little bit when he heard the beeps between floors.

Then, we took him to CitiFid-O, where Flash looked at all the treats and toys. We wanted to get him one but weren't sure he'd be able to keep it once we returned him.

Next up was Market Square itself. We walked around the square and picked a restaurant for lunch. We ate at Stock & Barrel, and we promise this story is not sponsored by any of these places we keep name-dropping. We just want to give you the full picture.

Flash was such a good boy throughout lunch. He sat quietly while we ordered, waited for and ate our food. We actually did not hear him bark throughout the entire Doggie Day Trip. He also shared his water bowl with another dog sitting nearby. What a pal!

We decided that since Flash had been so good, he deserved a treat. We went to Starbucks and got him a Puppuccino, a cup of dog-friendly whipped cream.

Once we got the treat, we waited until we got to UT Gardens to give it to him. He ate it quickly and tried to lick the cup clean. We were so happy he enjoyed it!

We then walked around the gardens. Flash sniffed the flowers and took in all the colors. Well, he saw as many colors as a dog can actually see.

Flash also dug in the dirt by the community garden, as dogs do. He tried to jump in one of the planting areas, too.

All of this was a lot for Flash, though. We could tell he was tired once we sat down near the rose garden. We felt the same after all of this.

We decided to take him back to the shelter and let all of us get some rest. We said goodbye, but not before seeing how much the staff liked Flash too. We learned they fed him a pumpkin muffin the previous day, and they called him "basic" since he liked it.

Our final takeaways from the experience:

Overall, this is an experience we both highly recommend you try if it is something you are considering. It only took a few hours of our time, and it has a lot of benefits for both you and the dog.

Also, Danielle got to see Flash again! He came onto the Pet of the Week segment a few days later. 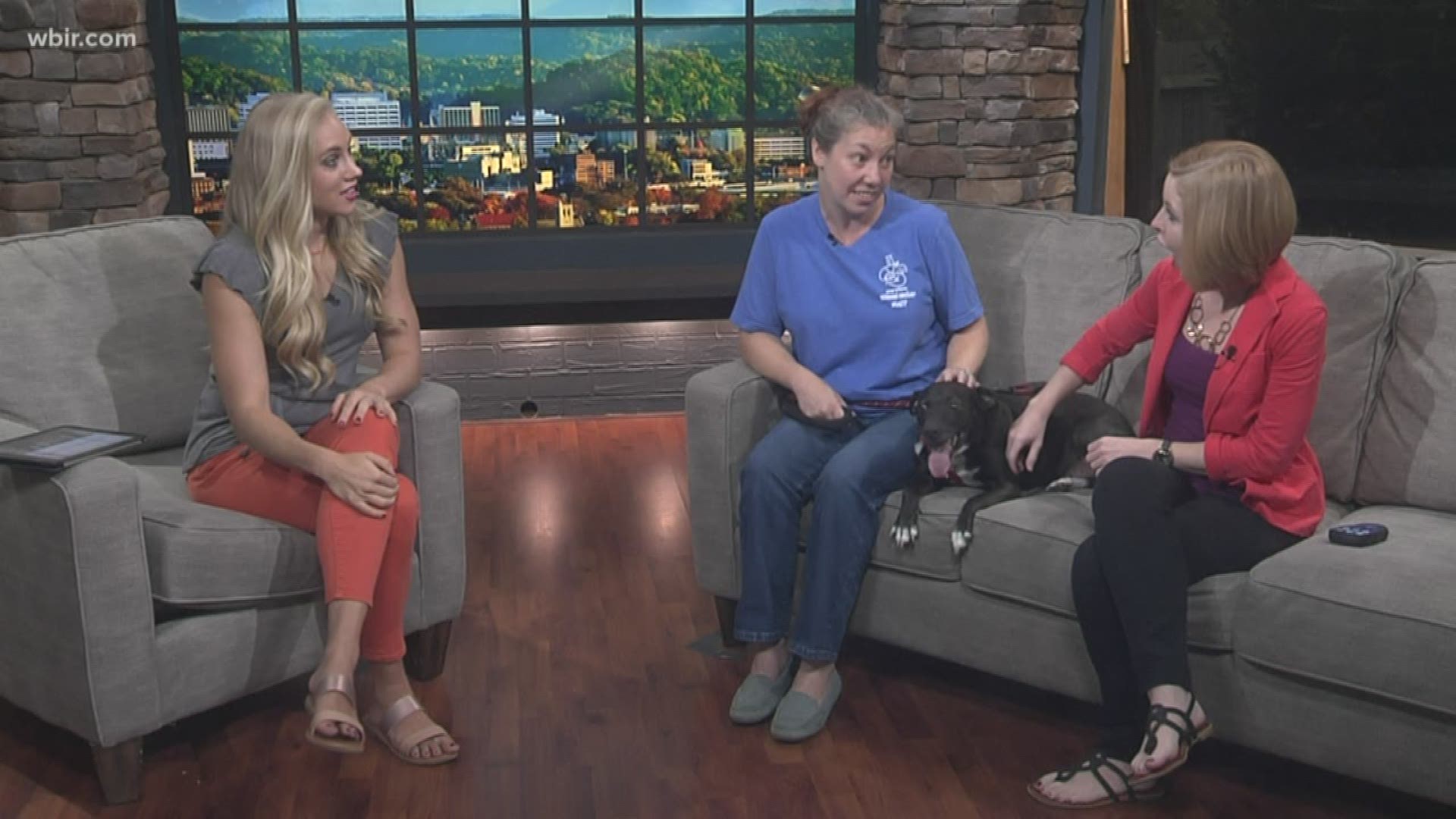 We do not know if that's what did the trick or if someone met Flash at the shelter and fell in puppy love, but someone adopted Flash over the weekend! We hope he's found his fur-ever home!