Here's how one Knox County family decided the best option for their three boys. 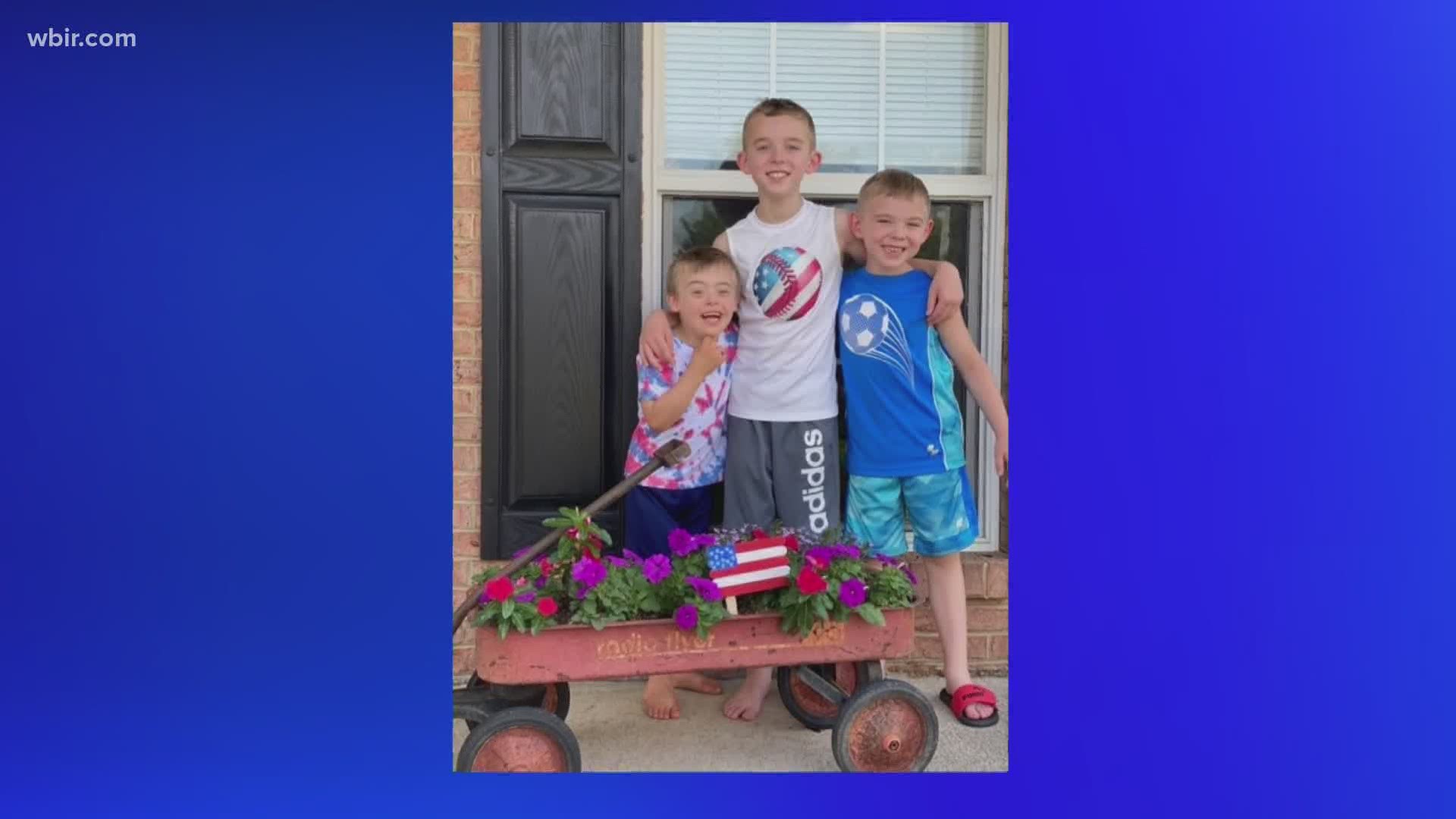 KNOXVILLE, Tenn. — Their experience last spring helped the Ogle family decide what to do this fall.

"We pretty much instantly knew we were going to send our kids back," Sarah Ogle said. "I just want them to experience it and be in class with their friends and learn and get everything they can out of it, because they've missed from last year so much."

"They are very close. Asher, the oldest, he is great with both of them. And, yeah, they're all really close brothers," Sarah said.

Sending Asher back to Bonny Kate Elementary in South Knoxville was a clear choice.

"He is a great student, but he did not want to do school at home with me which is fine. I'm not a teacher. And so he misses his friends and just being there," she said.

Liam's gone to Mother's Day Out at his church for years but this will be his first time at public school.

"For him I can't imagine starting kindergarten virtually, you know, just a lot of that kindergarten is  meeting new friends and learning the routines. He really needs that," she said.

His twin, Abel, has special needs and has already participated in three years of pre-K at Bonny Kate.

"Being out of school I mean, has really, I would say hurt them you know socially and academically, and especially Abel who has  Down syndrome, so he has missed out on a lot," she said.  "But he's definitely ready to go. He'll spend part of his day in the special ed class and then part of the day in with the general education class."

Credit: WBIR
Sarah Ogle thinks virual instruction would not work for her child with Down syndrome

Sarah Ogle says Abel learns from his peers, something she can't replicate at home.

She is worried what will happen to Abel if Knox County goes all virtual.

"I don't know what he's going to get out of that. His attention span is not very long and to sit in front of a Chromebook, you know, I don't see how that's going to happen."

"I know everybody has their own opinions but for us, we just feel like they need to be there," she said. "We're excited."