From tent to food truck in six months

It's a six month success story that started with hard work, continued with a chance meeting, and has no end in sight. 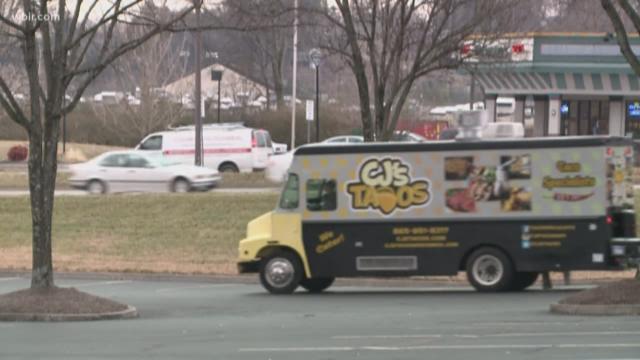 You may enjoy the Super Bowl this Sunday for the football or the commercials or the food. For one man who will be serving food the day has special significance.

Christopher Jones started a business from scratch six months ago.

"It's just been great. Honestly, it's just like my dream is coming true," he said.

His journey began last September. CJ got a last minute spot for his food tent at the Tennessee Valley Fair when another vendor dropped out.

"From that point I quit my job. I quit everything that I was doing. And I invested every last dollar, every last thing that I had," he said. "I didn't sleep at all for 10 days and I worked as hard as I could and basically that just got our reputation out there. A lot of people got a chance to try our food. We ran out of business cards. And when the fair ended my line was just ringing."

He calls his specialty tacos CJ's Tacos. He said the meat is from Fresh Market, the produce is top notch, the seasoning and sauce are homemade.

The big difference maker is a taste of Michigan he brings with him to Knoxville: pan fried tortillas.

"Nobody else really does it. I just kind of took what I learned from Saginaw. I brought it here and I put my own twist on it, my own spin on it, my own recipes with it and it's just been a hit," he said.

Then he got 'shark tanked.' He was selling his food out of a canopy tent at an event when he started chatting with a man about his new business. That led to a catering gig for him and more discussion.

Well, that man is the CEO of the Kana Hotel Group, which owns and manages dozens of premium properties including the Embassy Suites in West Knoxville. His name is Alpesh Patel.

"Alpesh has just been great. I couldn't ask for a better partner," CJ said.

They ended up partnering to transform CJ's canopy tent based taco business into a Food Truck. It is just about ready to roll out.

"From the ground up we custom built it exactly how I wanted it. Everything inside is brand new. It's like a new truck," he said.

It's taken a lot of work to get the truck ready. He still has to paint the front black but it will be ready for Sunday's big events."

The truck's first appointment is a morning birthday party followed by an evening Super Bowl party.

"We're booked for basically the whole rest of the month. I've got stuff booked out to July already. The month of February is really tight," he explained.

It's a six month success story that started with hard work, continued with a chance meeting, with no end in sight.

"I just feel really fortunate and I feel really blessed to have this opportunity and I am just super excited to get out there and show Knoxville what we have to offer," he said.

You can check online and on social media to find out where CJ's Tacos Food truck will be.