As one of the most often-talked about generations Millennials face a lot of stereotypes. Two of the biggest stereotypes is they are entitled and lazy. But are those stereotypes true? 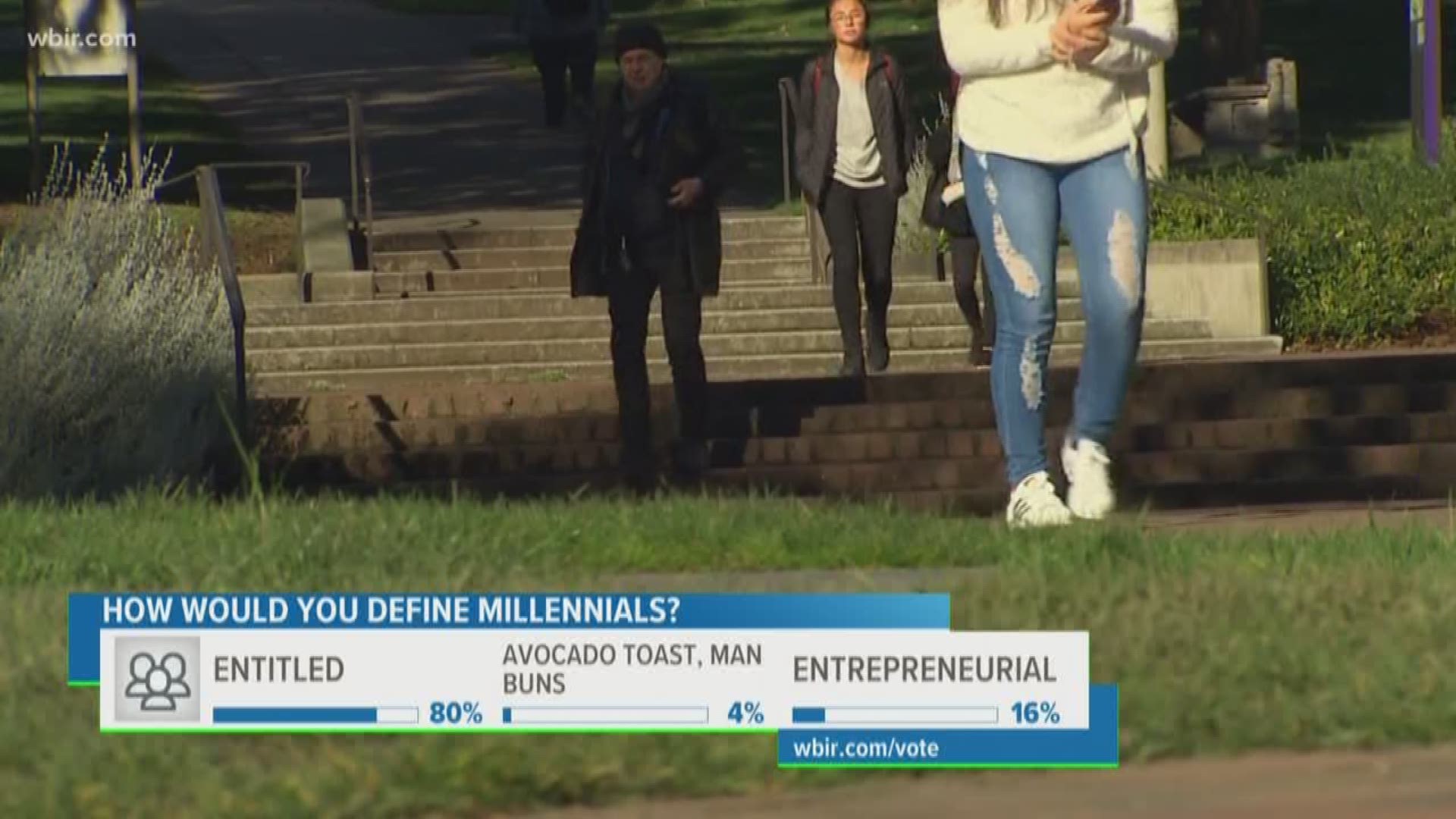 As one of the most often-talked about generations Millennials face a lot of stereotypes. Two of the biggest stereotypes is they are entitled and lazy. But are those stereotypes true?

One way to look at that is median household income.

Let's face it, every generation has its lazy people.

CEB, a consulting firm, polled 90,000 American employees each quarter. The Economist was first to report the findings that suggest Millennials may be the most competitive.

Fifty-nine percent of them claim competition is "what gets them up in the morning." CEB found only 50 percent of Baby Boomers feel the same way.

Brookings estimates Millennials will comprise more than 75 percent of the U.S. workforce by 2025 and account for about $1 trillion in U.S. consumer spending.

"There's something about coming of age in the new millennium,"  Dr. Tricia Bruce, Sociologist with the University of Notre Dame, said. "When are you going through your pivotal moments in terms of your rise into adulthood? So for Millennials, they're making that rise into adulthood in the turn of the century."

Now Millennials are young adults who are starting their own families. They have been a part of a major cultural shift centered around the beginning of the new millennium.

"Among Millennials we see lower levels of religiosity. We see more potentially progressive attitudes toward things like same sex marriage. They are more likely to say they are somewhere in the middle of political perspective, not leaning far right or far left," Dr. Bruce said.

Millennials now make up nearly 30 percent of registered voters, according to the Pew Research Center.

Some of the most impactful moments Millennials have seen: school shootings.

"Before there's the fear of The Cold War, a missile aimed at you from another country. Now that threat feels like that's in your neighborhood at at your school," Dr. Bruce said.

Millennials are also more likely to live in single-person homes or with a roommate than past generations.

"Millennials have higher-than-ever average ages at first marriage meaning they're waiting longer to marry and they're less likely to have kids," Dr. Bruce said.

Millennials now outnumber Baby Boomers in the workplace, and their attitudes toward work can be extremely different.

"Older Americans are more likely to have one workplace, worked at one place for their whole life potentially or a smaller number of workplaces," Dr. Bruce said. "Younger Americans, the way the economy has shifted and attitude toward institutions has shifted, there's no longer this attitude that you will graduate from college and get a job and stay in that job through retirement."