Giant stump is a big hit in Holston Hills

The tree is delightful even though it's dead 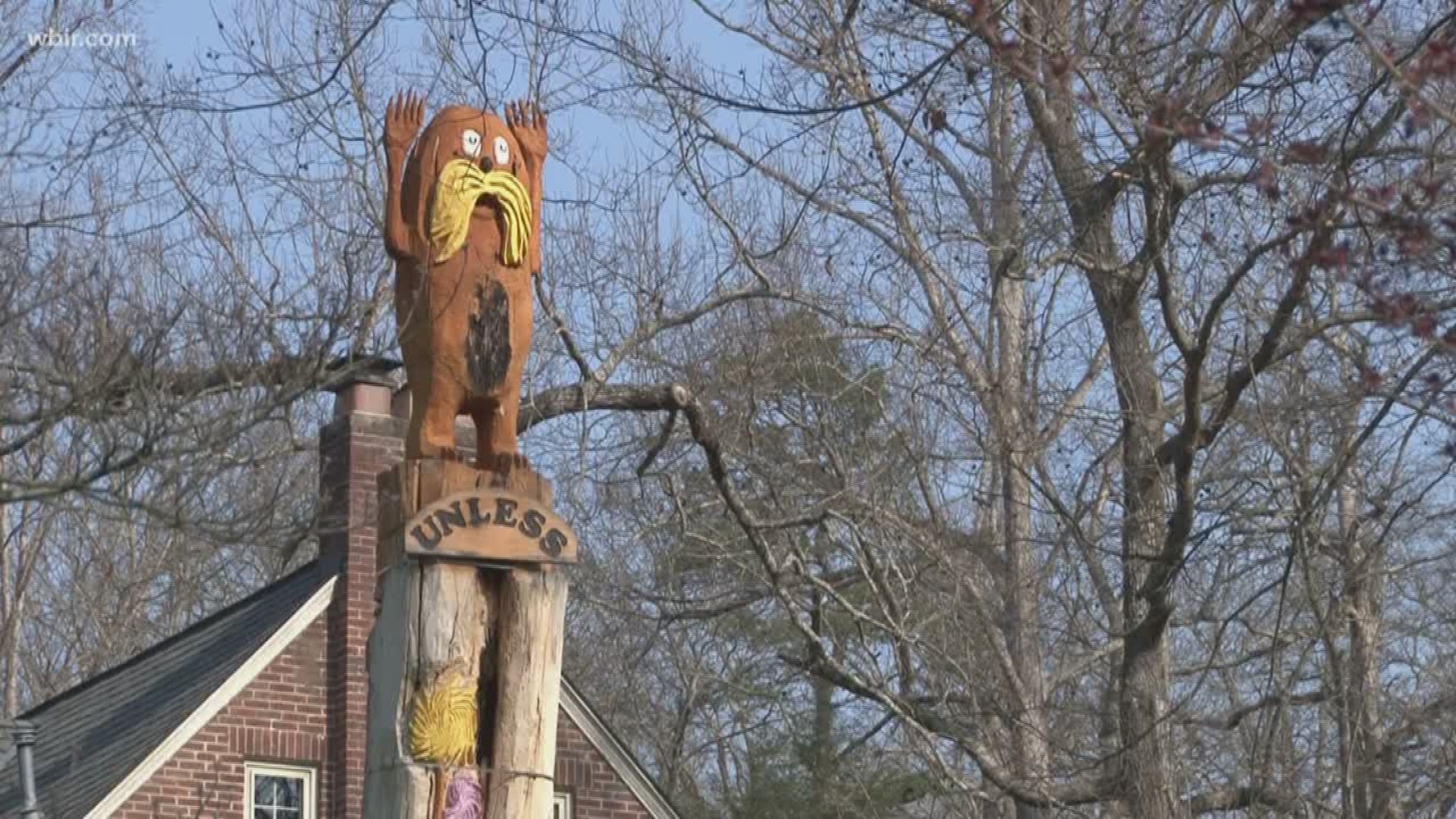 "Most of the Oaks in this neighborhood are close to 300 years old. And at about 275 years they start failing. We've lost a few. We've had furniture in our house made from some," Wanda Sobieski said.

Their brick house offers views of nature in their courtyard and birds in their front yard that these days features more grass than trees.

"This particular tree was the tallest tree of all in the yard and it just broke my heart when it died. We had to have the branches removed so no one would hurt. I asked them to leave a 30 foot stump for me. So they left a 30 foot stump and we enjoy the tree another way for a few more years," she said.

And oh are they enjoying that giant stump.

Neighbors have sent thank-you letters and people stop by to snap pictures.

"They'll go by and then they back up especially if there's a kid in the backseat. They spot the tree before the parents typically," she said. "This is our Lorax Tree. At the very top is a six foot tall Lorax."

The tree trunk includes the animals that lived in the forest in the Lorax book written by Dr. Seuss.

"It's an environmental kind of story by Dr Seuss written way before we called it environmentalism," she said.

In the children's book the Lorax speaks for the trees that were threatened by a new factory that eventually destroys the forest.

"He eventually left and he left from a stump that had the word 'unless' and you see 'unless' is up there on the tree," she said.

The quote from the book is, "Unless someone like you cares a whole awful lot, nothing is going to get better. It's not."

Wanda said, "I hope it causes some people to think about taking care of the trees. That's a part of the environment that obviously helps clean the air and gives homes to animals and it's worth taking care of."

It's worth taking a closer look.

About two years ago Captain Dave from the Townsend area climbed scaffolding and used chain saws to create the tree art. It took two weeks in January to create the animals along the trunk and the character on top with a face toward both the street and the house.

"He's actually carved out of the tree. He wasn't made separately and put on the top. He is the tree," she explained.

He is the Lorax.

"It's hard to look at it and not smile."

Finding the tree is part of the fun. It's on the Dogwood Trail near Holston Hills Country Club.