He grows them, cuts them, then gives them away

For years he made a living selling flowers, but now he spends his life giving them away,. 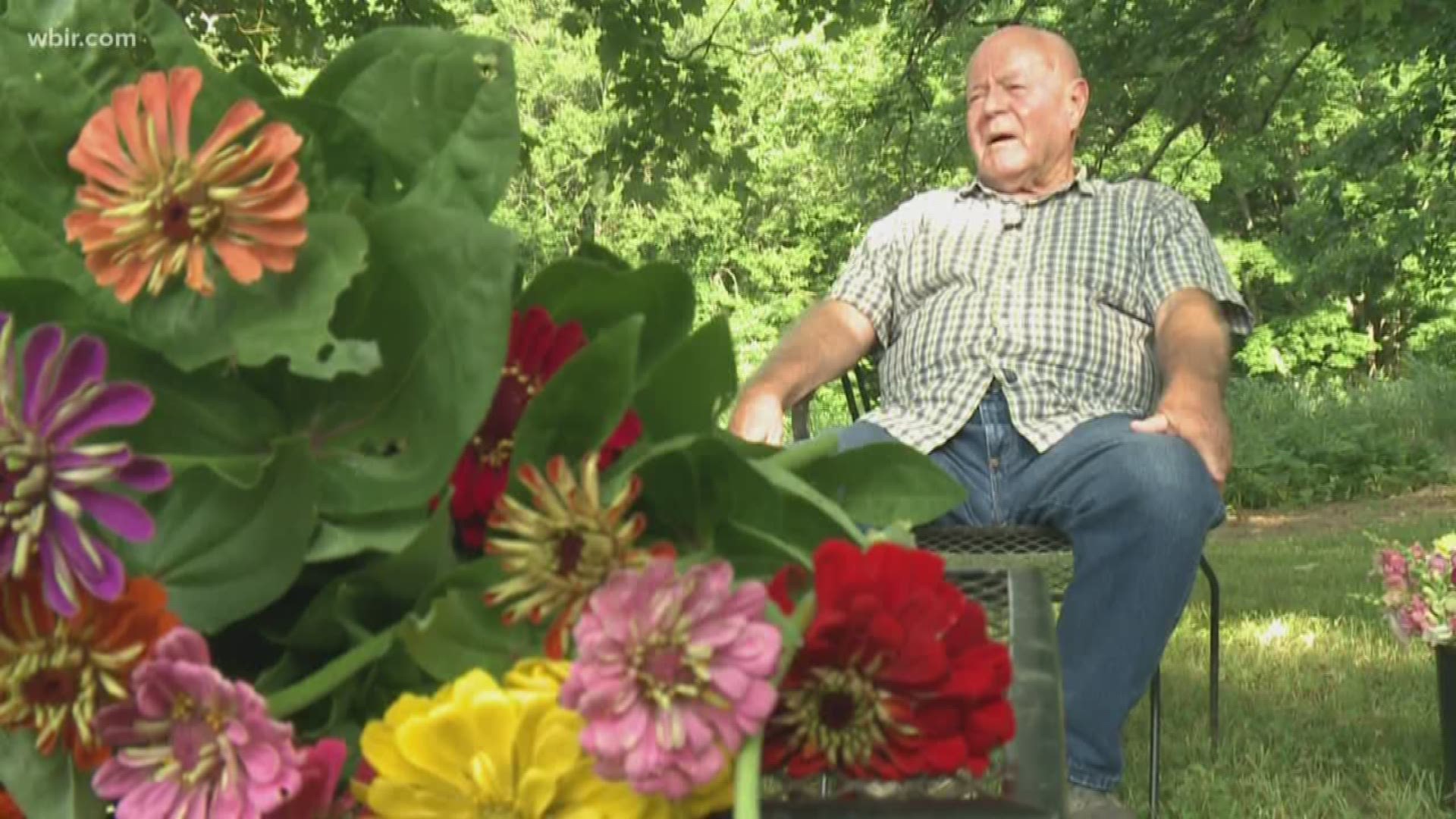 "When you get up hitting close to 80 I have to have something to get me up," John Benziger said.

He gets up to grow flowers in his garden in Corryton.

"I've always loved dahlias. The good thing about growing dahlias is they just continue to bloom and the more you pick them the better they do," he said.

John Benziger knows flowers and farming. He and his wife Judy ran a dairy farm.

After teaching school for awhile they realized they missed the farm.

"We had already sold our dairy herd, so flowers just came," he said. "I don't know how, but anyway, we decided to grow and sell cut flowers," he said.

They sold cut flowers in Atlanta and sunflowers in grocery stores.

"We used to grow a lot of sunflowers, and I've still got some, but in most cases they just bloom one bloom and you cut it, and that's the end of it," he said.

Retirement did not end his love of flowers: growing them, cutting them, giving them away.

"After I retired, I decided that I still wanted to grow flowers and just give them to people," he said.

For example, a neighbor called him recently to ask for flowers for her friend from Cambodia who survived a tsunami.

"It killed her husband and killed her two children, and she immigrated to America and she loves flowers," he said. "I thought the least I can do is send that lady a bunch of flowers after all she's been through," he said.

His daughter Beth helps with cutting the flowers and stripping the leaves. Flower season lasts from June to October.

"As long as I can do it I am going to continue," he said. "I love it, and I look forward to it every year."

The flowers grow and bloom in his garden in Corryton and then they transition through the Random Acts of Flowers to spread joy across Knox County."

"I love going in there. Those ladies are so nice," he said.

The ladies are Random Acts of Flowers volunteers who arrange the flowers. Other volunteers take them to people in hospitals and nursing homes.

A lot of the blooms are recycled from weddings and anniversaries and parties, but John's are always freshly cut.

They are shared from his garden and his heart.