Homes of Love connects kids in need with permanent families

A nonprofit based in Knoxville helps children in Vietnam, Cambodia and Zimbabwe who are abandoned, neglected or at risk. 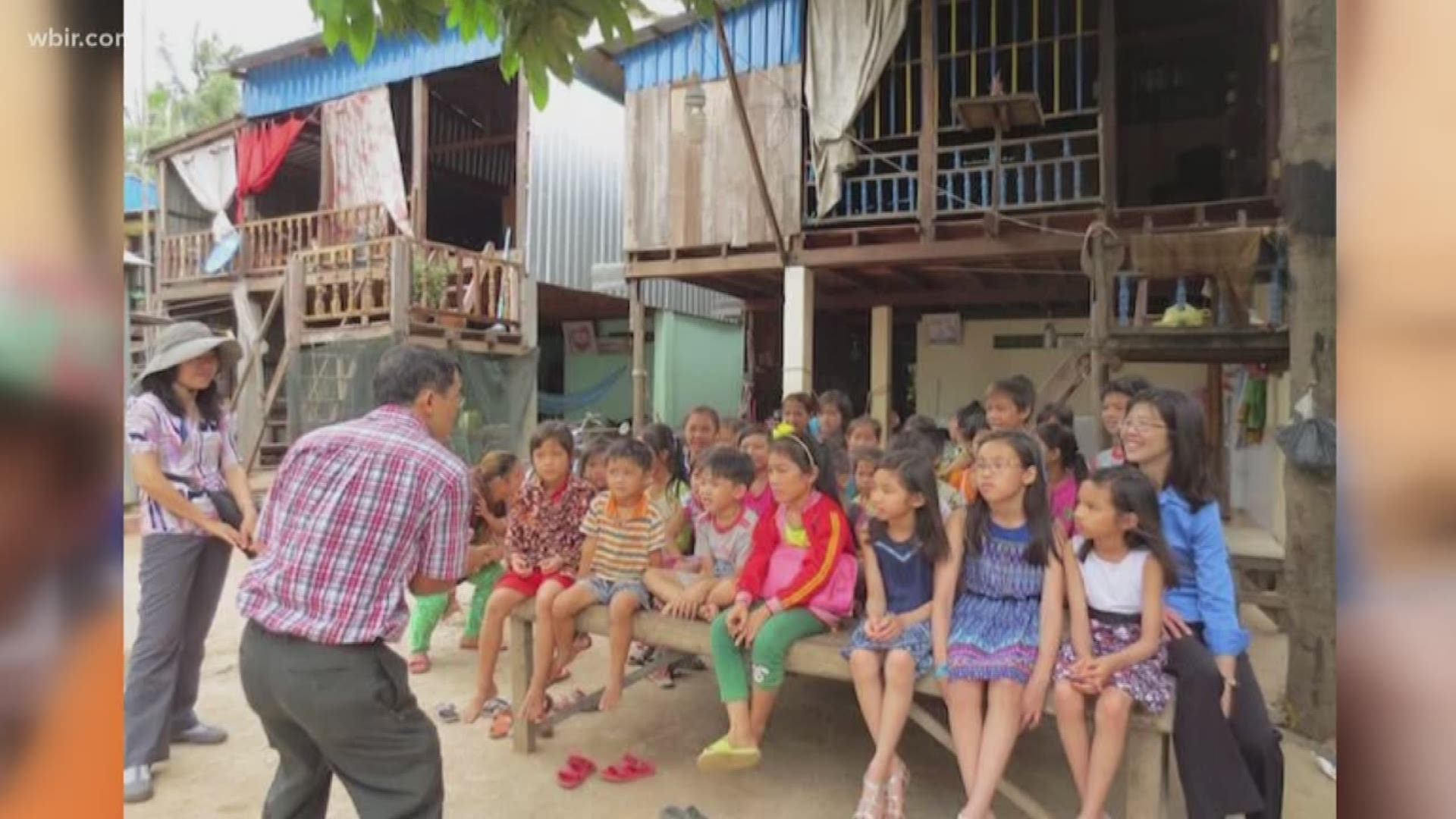 An organization right here in Knoxville is touching lives on the other side of the world, one child at a time.

It is Homes of Love. The nonprofit was founded by Debbie and Gary Chesney more than 20 years ago.

"They're homes. They usually have a grandma and dogs and cats and sometimes turtles and parents and we have a tutor who comes to the home and the kids take piano lessons and the boys play soccer on the beach," Debbie Chesney said.

More than 20 years ago, the Chesneys already had five kids when they pursued international adoption. The Knoxville couple met their new daughter, Anne Le, in an orphanage in Vietnam.

"As the plane lifted off from Vietnam my heart was just really torn (about) what we left behind and realizing we had our baby, and I was so relieved because when the wheels lifted she was ours. But just realizing there were so many we left behind," she said.

Those left behind needed love and security and a better life. What could they possibly do? With the help of a pastor from Vietnam, they came up with a plan.

"He had an idea that we could kind of do small homes for children and that just instantly hit our heart. That's what we really want. We don't want orphanages. To put a child into a home that's the answer," Gary Chesney said.

Right now almost 100 children in three countries are growing up in 19 family homes. Growing up in their own cultures. Children who were orphaned or neglected or at risk for trafficking.

Amanda Hays saw the difference, too. In high school, she traveled to Vietnam on her first Homes of Love mission trip.

"I remember this one moment, I'm in a taxi looking out the window and I had this moment of 'I'm going to come back here,'" she said.

She went back again and again, eventually joined the organization's board, and now is on staff with the nonprofit.

Hays focuses on three new Homes of Love in Cambodia where the conditions are much worse than in Vietnam.

Debbie Chesney has an explanation for how Homes of Love is possible.