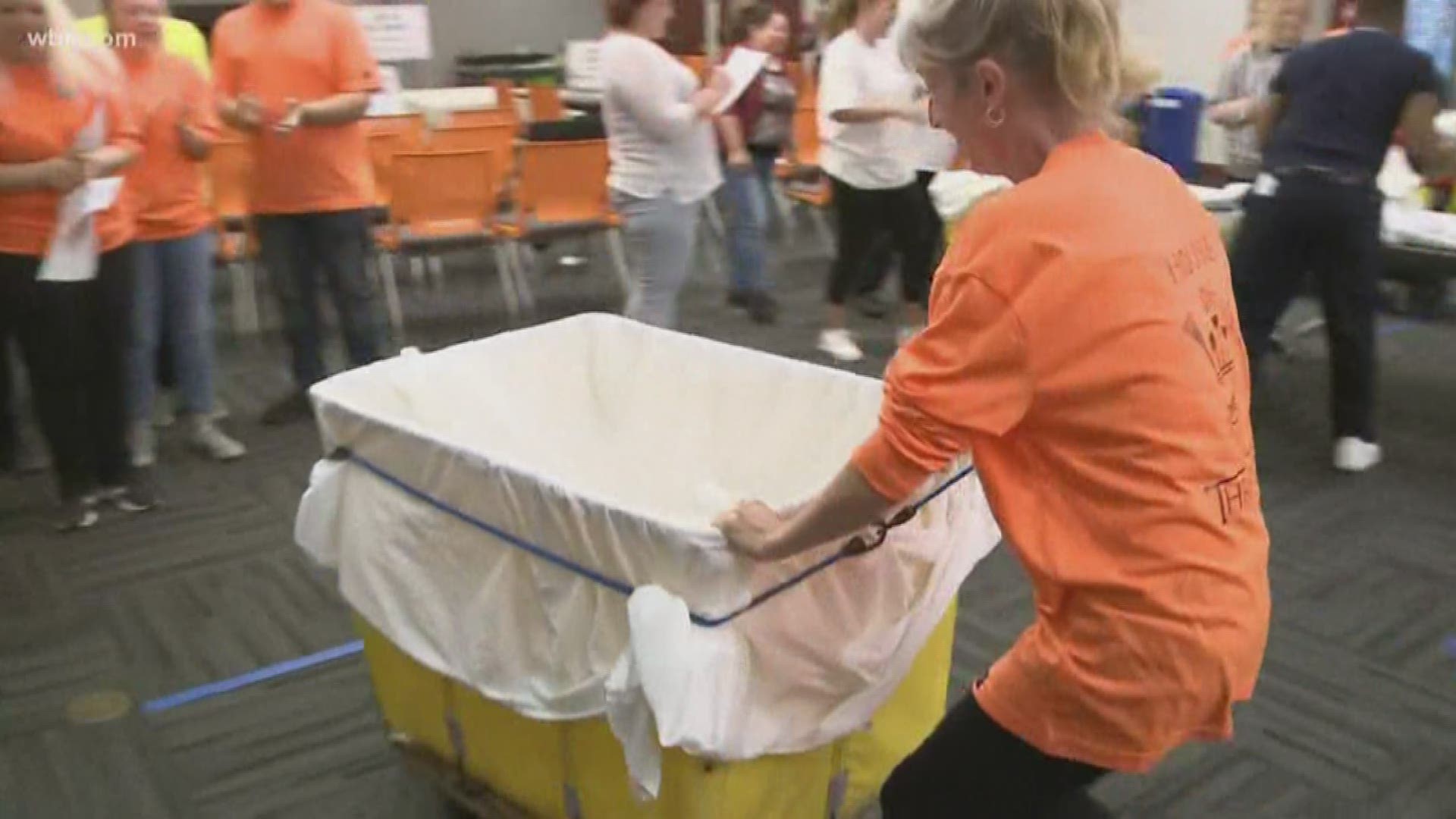 KNOXVILLE, Tenn. — Who knew that watching a beb being made could be so much fun?

Housekeepers and hotel staff are a key part of the hospitality industry in East Tennessee.

They showed off their skills in the Greater Knoxville Hospitality Association (GKHA) Housekeeping Championship Games Tuesday afternoon at the UT Culinary Institute and Creamery.

In Dressed for Success the teams undress and redress a dummy in uniform attire complete with tool belts.

Curtain Call is another competitive game where each team member puts up a shower curtain and scramble to set up an amenity tray in record time.

Making a bed then tearing it apart in the fastest time is the objective in The Big Bed Makeoff. 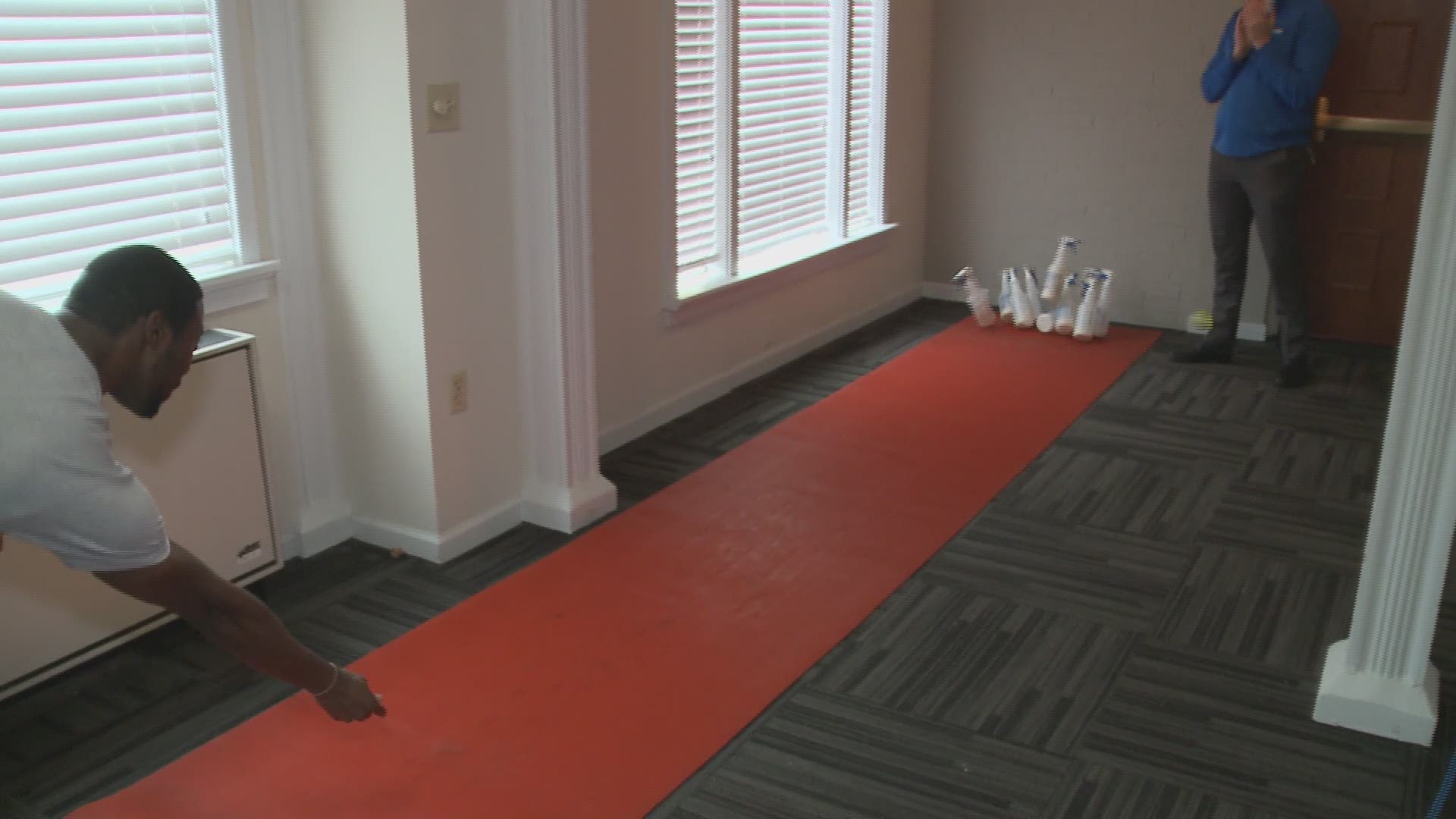 The game Alley Oop is like bowling where the pin are spray bottles and softballs replace bowling balls.

Soap Slider is a skilled game using bars of soaps and cornhole boards.

Luggin' Laundry is an example of one relay where contestants must fold towels from a laundry cart after pushing it through an obstacle course.

Between the games and the awards the contestants enjoyed food prepared by the University of Tennessee culinary students.