"For 35 years that's how we spent Thanksgiving at Fantasy of trees." - Michael Julian 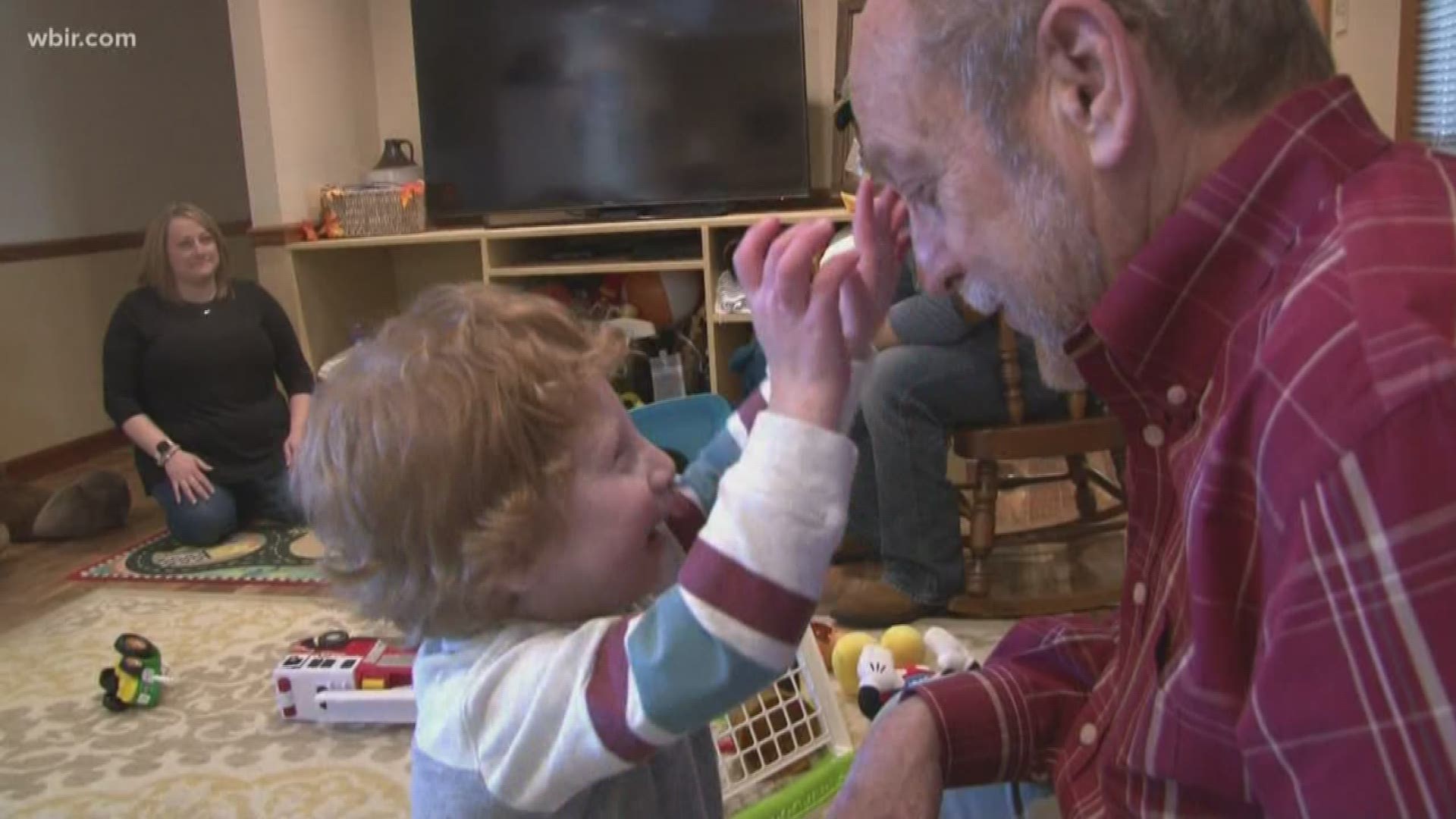 KNOXVILLE, Tenn — Every year at Fantasy of Trees the Babes in Toyland Parade winds through the displays and features a Grand Marshal.

This year it is 4-year-old Jaxson Cope.

His mother, Rachael Cope, said, "Jaxson's condition is partial trisomy 9q which is a rare chromosome disorder similar to Down syndrome."

"(My husband) Drew and I feel really blessed to be his parents and that God has a special plan for Jaxson and that light is able to shine through him no matter if he is in the hospital sick or he's at therapy. Whatever he's doing he's usually just wearing a really big smile," she said.

Jaxson feels right at home at ETCH after months in intensive care, a dozen surgeries and ongoing therapy.

"We don't look at them as a hospital or just an extension of our family and friends," she said.

In fact, their family has a connection going back decades.

Jaxson's grandfather's trade show company set up the first Fantasy of Trees 35 years ago and he has continued to do so every year since.

"There's a lot of little fairies and angels that help out and it just creates a nice wonderful scene for the families," Michael Julian said. "After Jaxson was born, that's when we really molded in and realized that Children's Hospital was really a special place."

A few years ago, Michael Julian came up with the idea of introducing sensory rooms to Fantasy of Trees. They are quiet places to retreat if your child is overwhelmed.

We found two places. One was an old phone bank that we turned into a smaller room right off the main floor. Then there's one upstairs that's a little larger where the entire family can go for those quiet moments to kind of calm a child down," he said.

Credit: WBIR
Jaxson Cope has a big smile and a happy giggle

Exuberant and and playful Jaxson probably won't be calm for the parade.

His mother said, "We're out and about more with Jaxson. The first few years we kept him home because he was sick so often. So it's like now the world is finally able to see his bouncy, energetic personality."

It's an added twist to a family tradition.

"For 35 years that's how we spent Thanksgiving at Fantasy of trees," Michael Julian said.