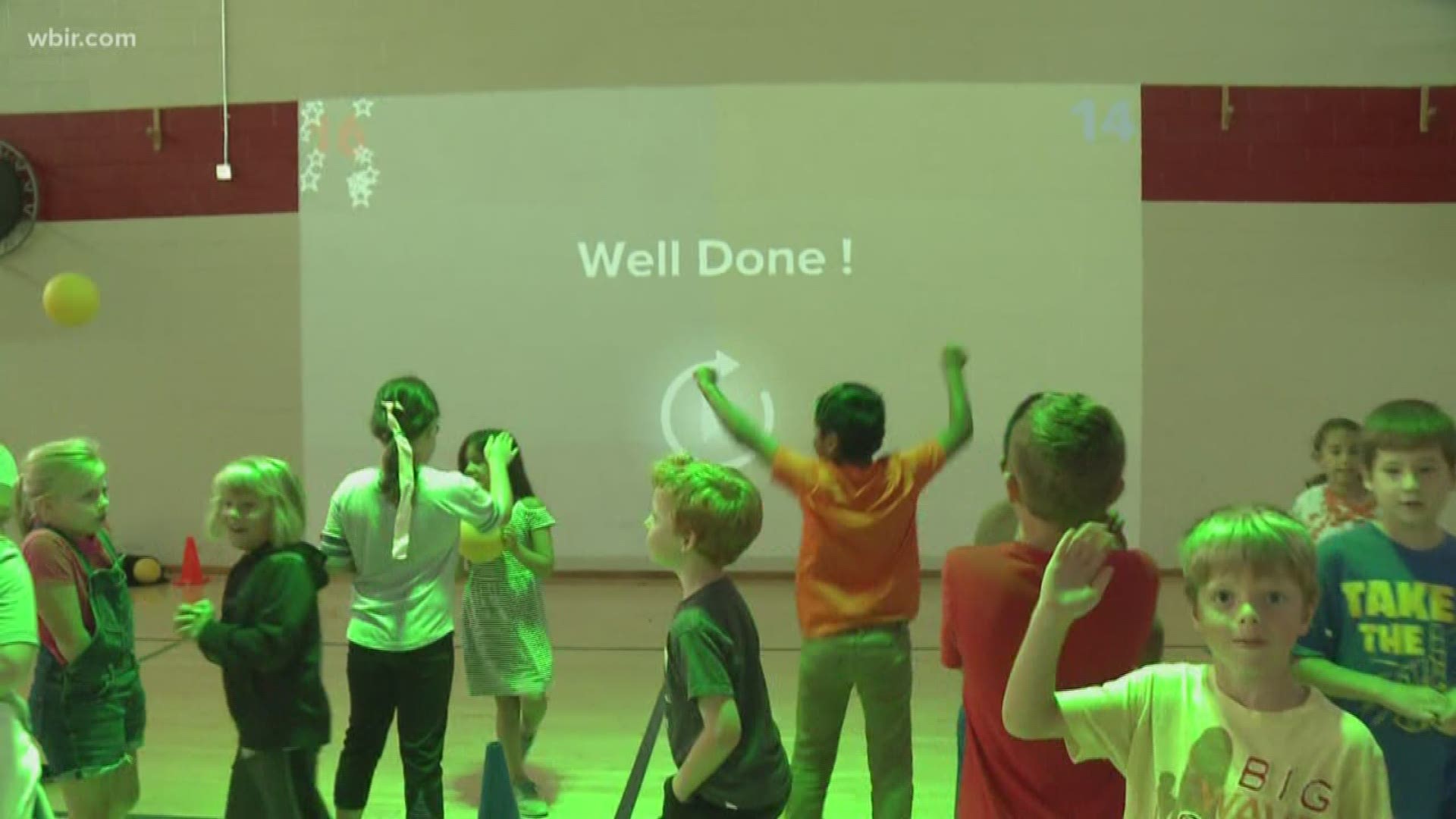 KNOXVILLE, Tenn. — A blend of activities and academics keeps kids entertained while they exercise their bodies and minds.

"In gym class, we've been doing this Lu and it's really fun because you get to play games in the middle of the day," Jessie Mcelroy said.

The third-grade student at John Sevier Elementary School in West Knoxville enjoys the games with a purpose.

Think of it as a giant interactive whiteboard that reboots PE.

"The more they get up and move the more they use their brain," Amanda Mullen said. "And Mr. Rouse, we're so lucky to have a physical education teacher that is pulling in cross-curricular activities and pulling in all sorts of things to make PE more well-rounded for the 21st-century kid."

Alex Rouse is the Physical Education teacher who embraced the new approach to gym class.

"We do want to focus on getting the answer right but do we want to move our body in front of the right answer?" he asked the class.

The answer is yes.

It blends academics and activities so a student who prefers math to PE and a student who likes PE better than math can both benefit.

For example, one timed game flashes math problems on the wall then kids heave balls to hit the correct answer.

Amanda Mullen is not only a third-grade teacher but also a mother. Her children are students at John Sevier Elementary.

"They come home and they are so excited. They're like, mom, guess what we did. We learned the continents while we were throwing a ball. And I'm like that is really cool because guess what, in class they are also learning the continents. So it is supporting what we are doing in the classroom while teaching a physical education skill," she said.

After a lot of activity, gym class concludes with a few minutes of calm.

It engages the minds and muscles of modern kids.