He lost his class ring the summer after high school graduation and wondered where it was. 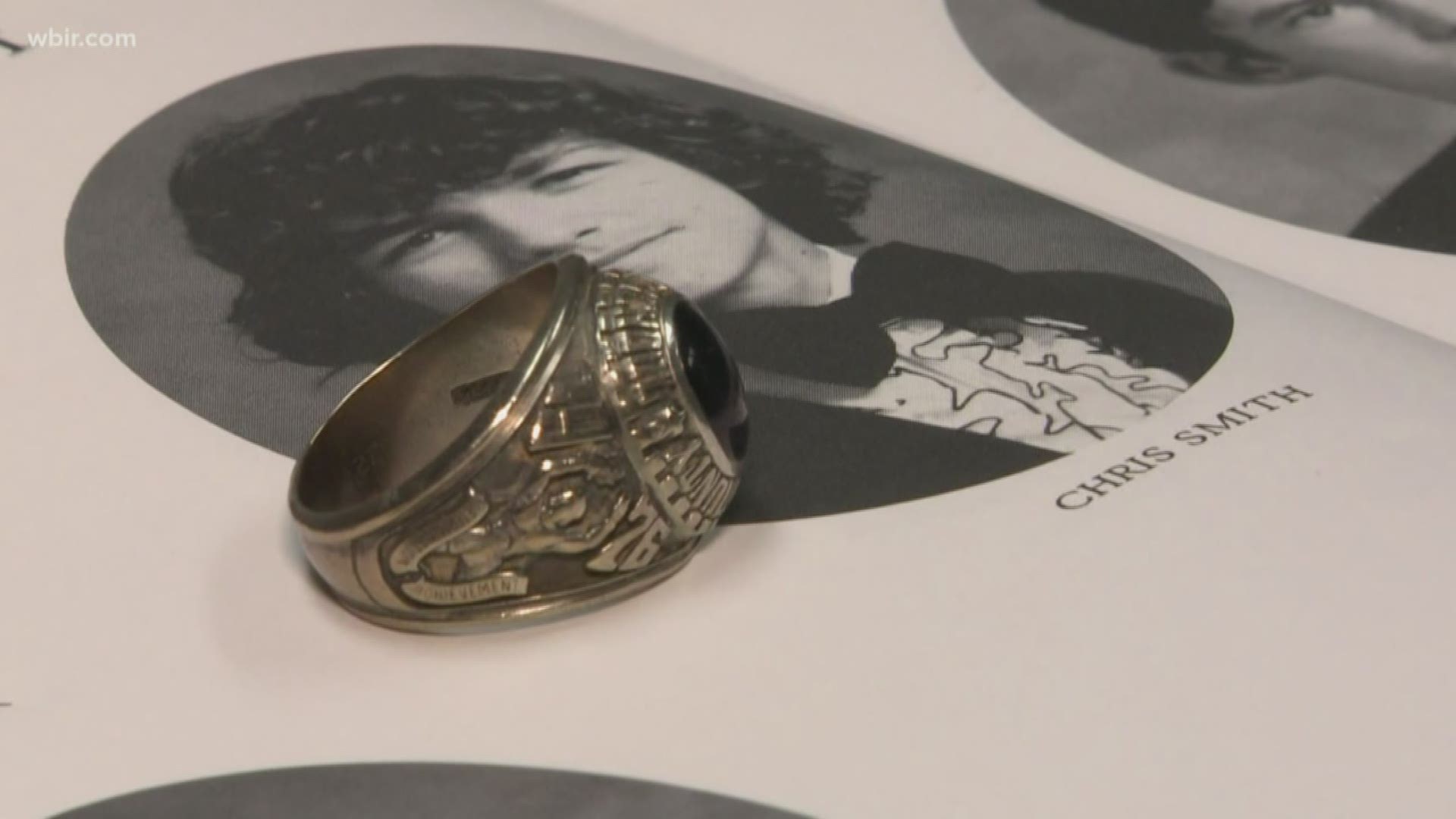 SEVIERVILLE, Tenn. — A four-decade-old mystery was solved in hours with the help of social media.

A man showed up at Sevier County High School Thursday morning. He's not from here, but for many years he had a connection to it.

"He had a class ring and he was trying to find the owner of this class ring. And the story behind that was his mother had the ring first and she found it at a campground in Georgia," Sandra Manning said.

The man inherited this ring from his mom. Etched on it was Sevier County High School, Class of 1976 and the initials C.E.S.

"There was two people who had the initials CS. So I thought, 'Okay, how am I going to narrow this down again?' So then I found the yearbook and the other gentleman that had the CS had another middle name, so I knew it couldn't be him," she said.

She narrowed it down to a man named Chris Smith and she knew how to find him. She posted the story to Facebook, and a couple hours later got a reply.

"Joyce, this other gentleman's wife, called me and said 'I think you found my husband's ring,'" she said.

Joyce called her husband at work, and Chris couldn't believe it.

"She said, 'Well, they just called from the high school and they said they've got your class ring.' And I was just dumbfounded. You're kidding me, I thought it was a joke at first to be honest," Chris Smith said.

No joke. He drove to the high school where Sandra gave him his long-lost ring.

Chris turned to Sandra and said, "I'm like you. I can't believe we did this so fast. Not we. You. So thank you so very much for everyone involved thank you."

Credit: WBIR
Sandra Manning and Chris Smith embrace after she tracked him down to return his lost class ring

"I lost the ring the summer that we graduated skiing out here at Douglas Lake at the local lake here. So someone had to find it and it made its way way back to Georgia," he said.