This year, instead of Fantasy of Trees, Children's Hospital of East Tennessee will host an online raffle 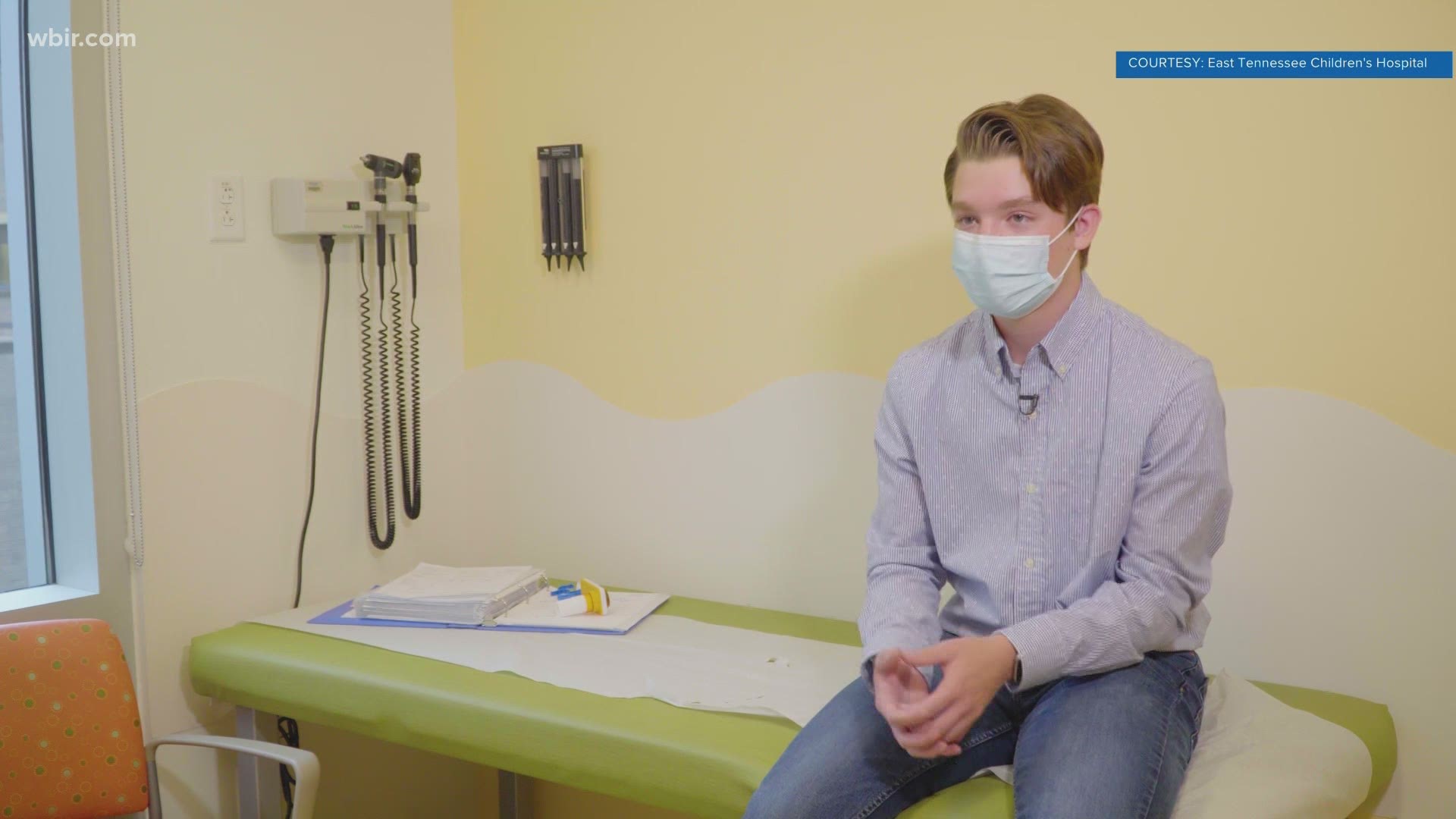 But shortly after he was born, a screening showed Wesley Graybeal had Cystic Fibrosis, or CF.

"It's just part of my normal life that I live with and try to take care of," Wesley said.

"Cystic fibrosis is a life-long, genetic disease. The easiest way to describe it is that it causes thick and sticky mucus. So, anywhere that you have mucus, you are having problems," she said.

CF affects Wesley's lungs, his digestion, and his nose but it doesn't affect his attitude.

"When I first started trombone, it was kind of difficult, but I'm used to it now. I think I'm pretty good at it," he said. "I don't let CF hold me back with sports as well. I play soccer and golf, I used to play tennis in middle school and still play for fun, and I go running."

Pulmonary function testing is just one part of his ongoing regimen at the Cystic Fibrosis Care Center at Children's Hospital.

Ali said, "Wesley's doing great and really doing proactive treatments and keeping on your regimen everyday is huge in CF."

A note about the video in this story: WBIR and Children's Hospital are observing COVID protocols so our team did not go inside the hospital. The staff who work at ETCH provided that video.

She sees the extent of equipment and treatment that patients need to manage CF both at Children's Hospital and at home.

A virtual raffle during November will raise money Donations to pay for equipment that can keep kids like Wesley healthy.

"I, fortunately, do not have to be hospitalized a lot. I think that's because I take really good care of myself and I've been taught very well by the people at Children's Hospital and my parents," he said. "I try to have CF not control me. I try to control my CF."

RELATED: Without Fantasy of Trees, hospital still in need of donations to help its littlest patients