Houston Vandergriff is the focus of the cover article: The Ups of Down syndrome 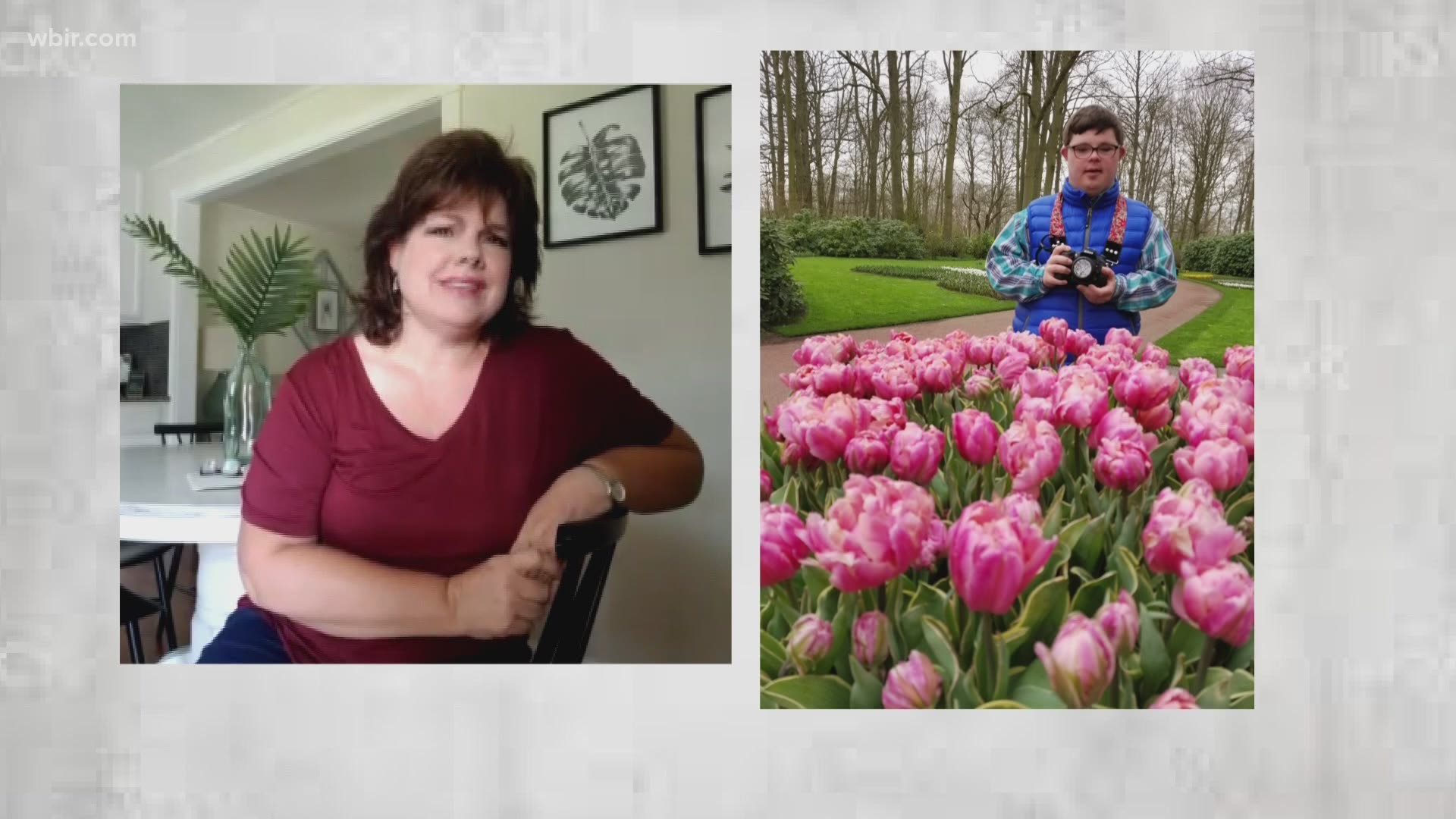 KNOXVILLE, Tenn. — A family is traveling the world and spreading the word about inspirational people with disabilities. They're doing that through their online magazine.

The latest issue features a man right here in Knoxville.

"Neuro Brilliant is another term that we came up with to describe people who live with disabilities or different disabilities. And really it's about people who have a disability , and despite the challenges that they face they shine their inner light in the world," Managing Editor Madeline Mink said.

The mother/daughter team of Connie and Madeline Mink came up with Neuro Brilliant Magazine. It was inspired in part by Hayden Mink, who has autism.

The digital publication is a special needs family magazine. It's a resource to connect families and share inspiring stories.

"It really started out with exploring different profiles on Instagram and Facebook and we literally just reached out to people that we really felt inspired by," Connie Mink said. She is the Editor in Chief.

Houston Vandergriff's Instagram page focuses on international travel photography. The 22-year-old Knoxvillian is the cover story for this month's edition: The Ups of Down Syndrome.

"So we shared his story because we wanted to show that it's possible, even with different abilities to really embrace the world. And we love how he does," Madeline said.

"He has a big personality he doesn't meet a stranger, he has so much joy and so much love in his heart for people. He's definitely a people person," she said. "We've been very blessed to be able to travel and do things and he just opened so many doors, you know, again, he never meets a stranger. It doesn't matter the language, it doesn't matter the anything, he just he loves everybody ."

International travel is on hold for now but he does have a favorite destination.

Houston's parents enjoy photography and he earned a photography certificate at the University of Tennessee.

He said he doesn't have a favorite travel photo because he loves them all.

He loves being behind the camera and in front of it. In fact, acting is his other passion.

Houston recently played a part on Homicide Hunter where his character was a murdered.

He said of the experience, "I just had fun."

He just has fun whether it's playing sports or acting or taking pictures all over the world.

Credit: WBIR
Katie Vandergriff wants to tell parents that kids with special needs are a blessing

Houston Vandergriff: featured in Neuro Brilliant Magazine and sharing his story to encourage others.

Katie said, "Families that are given the diagnosis of Down syndrome or, or some other special needs, and they're given it with such as sadness and, you know, we want to say no no no it's a gift and it's special and we want people to say congratulations. Instead of I'm sorry."

Neuro Brilliant Magazine plans to offer a hard copy edition at some point next year. And that may be a print-on-demand option.