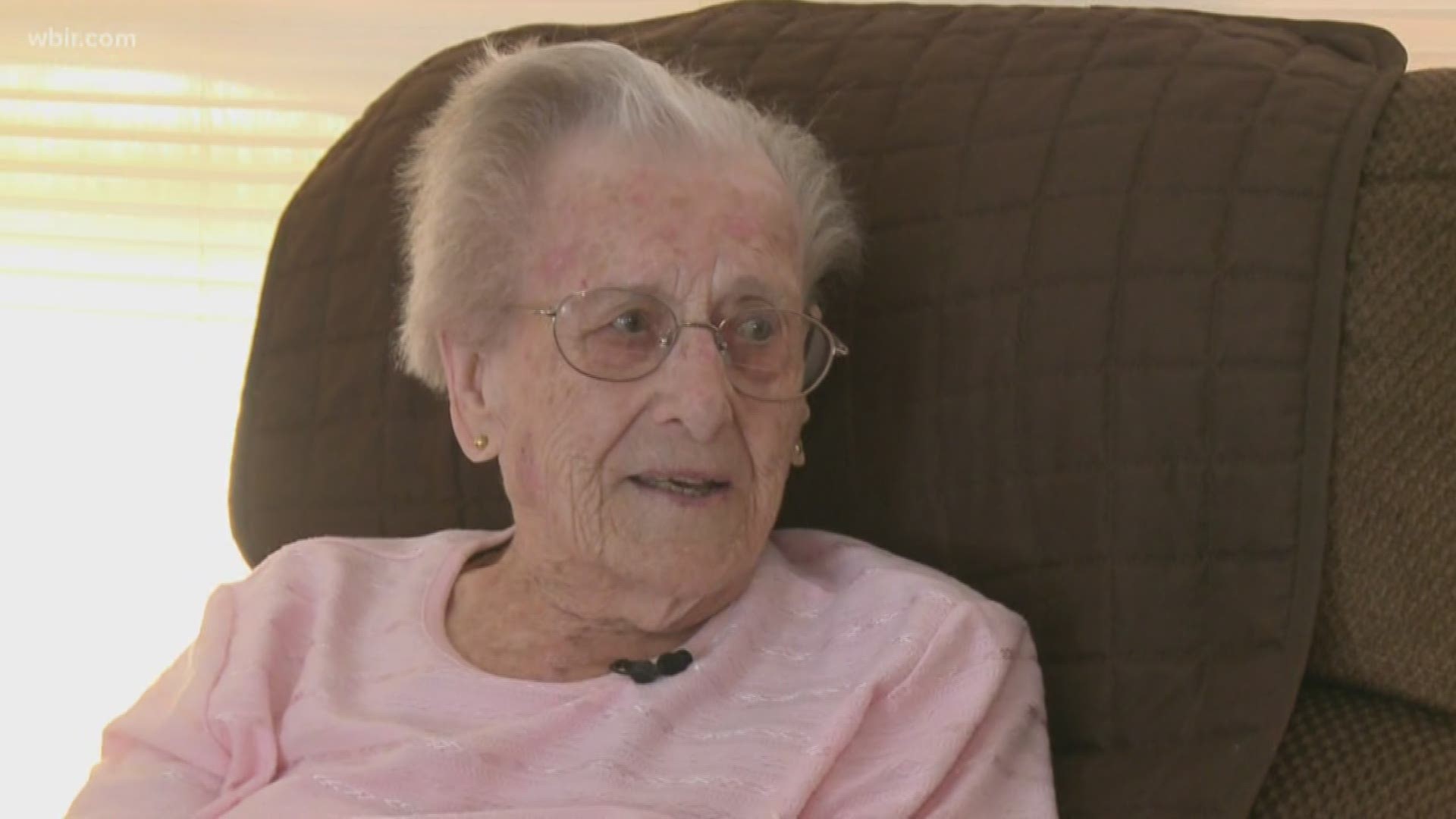 OAK RIDGE, Tenn. — Triple-digit birthdays get a lot of attention. But some people keep the party going after that 100-year milestone.

Bonnetta Brown, Alice Brown and Diana Jones showed up with cake and ice cream and a beautiful fall flower arrangement. They are members of Deer Lodge First Baptist Church where Odessa played the organ and piano.

The cake was vanilla because she doesn't like chocolate. And when you're 102 you only have to eat what you want.

During World War Two she worked on the Secret City project to - unknowingly - help make fuel for the atomic bomb.

Now the home she shares with her son and his family in Oliver Springs is filled with books because Odessa Woolum loves to read.

"I just live day by day. And thank the good Lord I'm here," she said.

Her friend, Diana Jones, said, "We were here last year when she turned 101 and we told her we would be back here next year so here we are."

And they promise to come back next year to celebrate birthday number 103.

Here are some other important numbers: she has one son, three grandchildren, and three great-grandchildren.

Odessa and her husband, Bart Woolum, were married for 53 years.

RELATED: It's ok to celebrate your birthday a few days early when you're turning 104