Parkinson's patients from around the world are connecting through a music video that started here in East Tennessee. 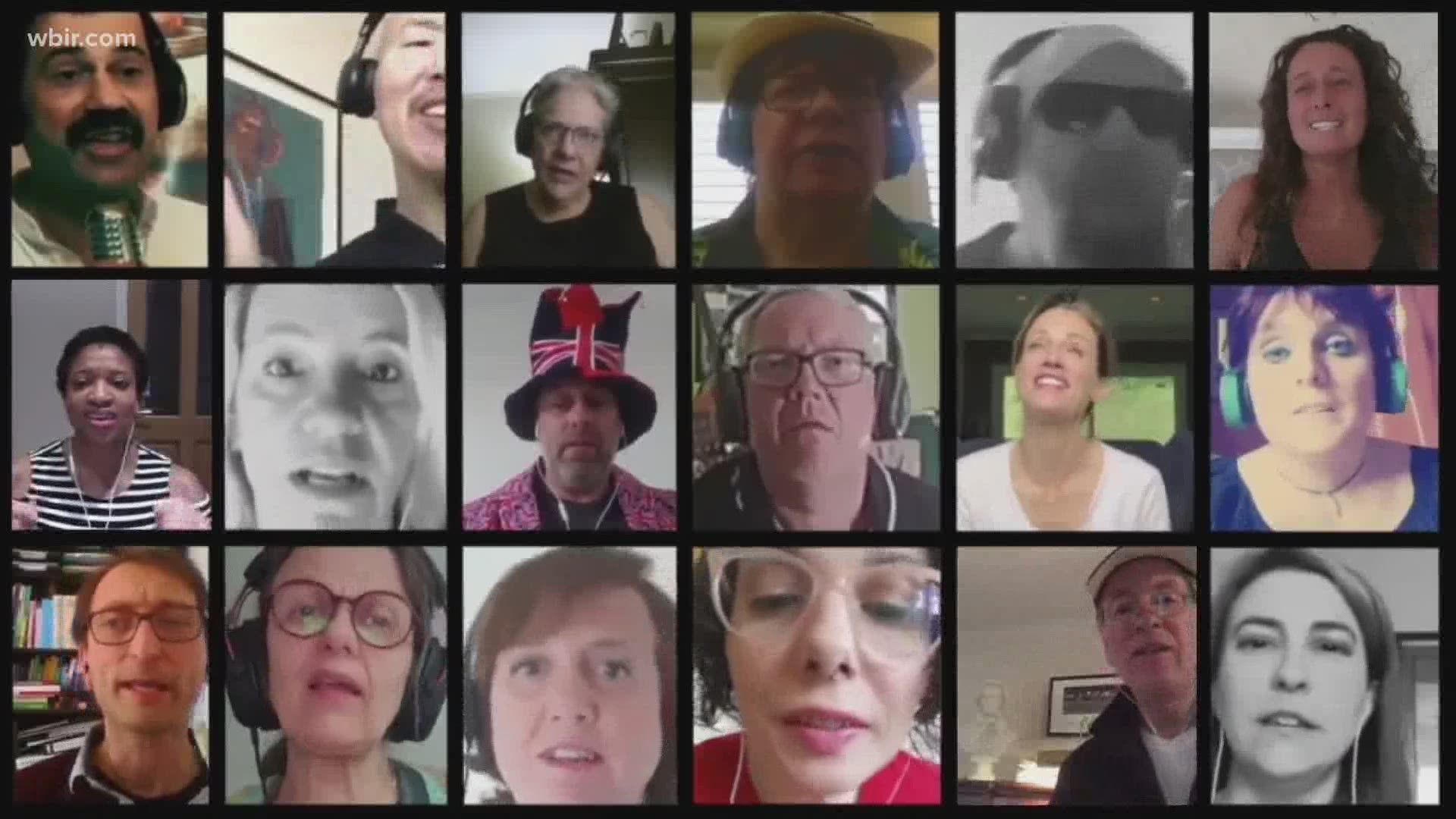 MARYVILLE, Tenn — The music video feels like a Zoom meeting gone wild and that's sort of how it started.

"Even my daughter, she's 15, she's like 'those are people with Parkinson's singing?'" Isabell Senft-Daniel said. She is the Executive Director of the PJ Parkinson's Support Group based in Maryville.

Parkinson's disease is a movement disorder. It can cause tremors and rigid muscles and slow movement. More than 10,000,000 people have it worldwide.

Now the International Virtual Parkinson's Support Group on Facebook attracts patients from all over the world.

Ashley Bruce lives in East Tennessee and is a support group regular.

"I was diagnosed with Parkinson's back in September so I am a young onset Parkinson's patient," she said. "It just lets you know you're not alone. When you're first diagnosed sometimes it's easy to think, wow, does anybody else understand? Is anybody else going through this? Knowing that there's other people around the world and in our community that are going through it just makes it a little easier."

Credit: WBIR
Ashley Bruce is a young onset Parkinson's patient who sings on the video

They were talking during a virtual support meeting when one thing led to another and then One World, One Voice began.

Isabell Senft-Daniel not only leads the support group but also the new project. She brought in a couple of established producers from the UK and New York.

"People you would normally never get but of course everybody is in quarantine at home and they don't have anything to do and it was quite amazing to get famous people to join ins helping us with the project," she said.

Credit: One World One Voice
The video shows people with Parkinson's from all walks of life

They sing a karaoke version of the rewritten song "Three little birds" by Bob Marley.

"So many people outside the US believe you have to be in a big city to big things. And that;s what tickles me since whenever we mention we are in east Tennessee they are like, really, in East Tennessee? Not somewhere in a big city?" she said.

The singers in the video represent the range of people with Parkinson's: young, old, shy, loud, from all over the world.

One World, One Voice.

It dispels some myths about Parkinson's.

"There are a lot of us that are still young, that are vibrant, that are wanting to still live life and we can do that. And I think that video shows that. It shows off lots of life and just that we can still have fun and enjoy our lives," Ashley said.

The video is making the rounds on social media, spreading awareness of Parkinson's.

"The fact that it is going around the world and spreading awareness of Parkinson's is an amazing thing to me," she said.

One World, One Voice has expanded to include merchandise and another song is already in the works.

The video is also slated to open the World Parkinson's Conference 2022 in Spain.

All proceeds from the t-shirts and face masks will go to third world country Parkinson's projects, which participated in the recording.

The goal of the collaboration is to raise awareness for Parkinson's disease and share the positive attitude of the Parkinson's community.

Watch the video here and share it on social media.

RELATED: Research shows dancing may help with symptoms of Parkinson's and Alzheimer's