Teen in Farragut launches a business to help the hungry 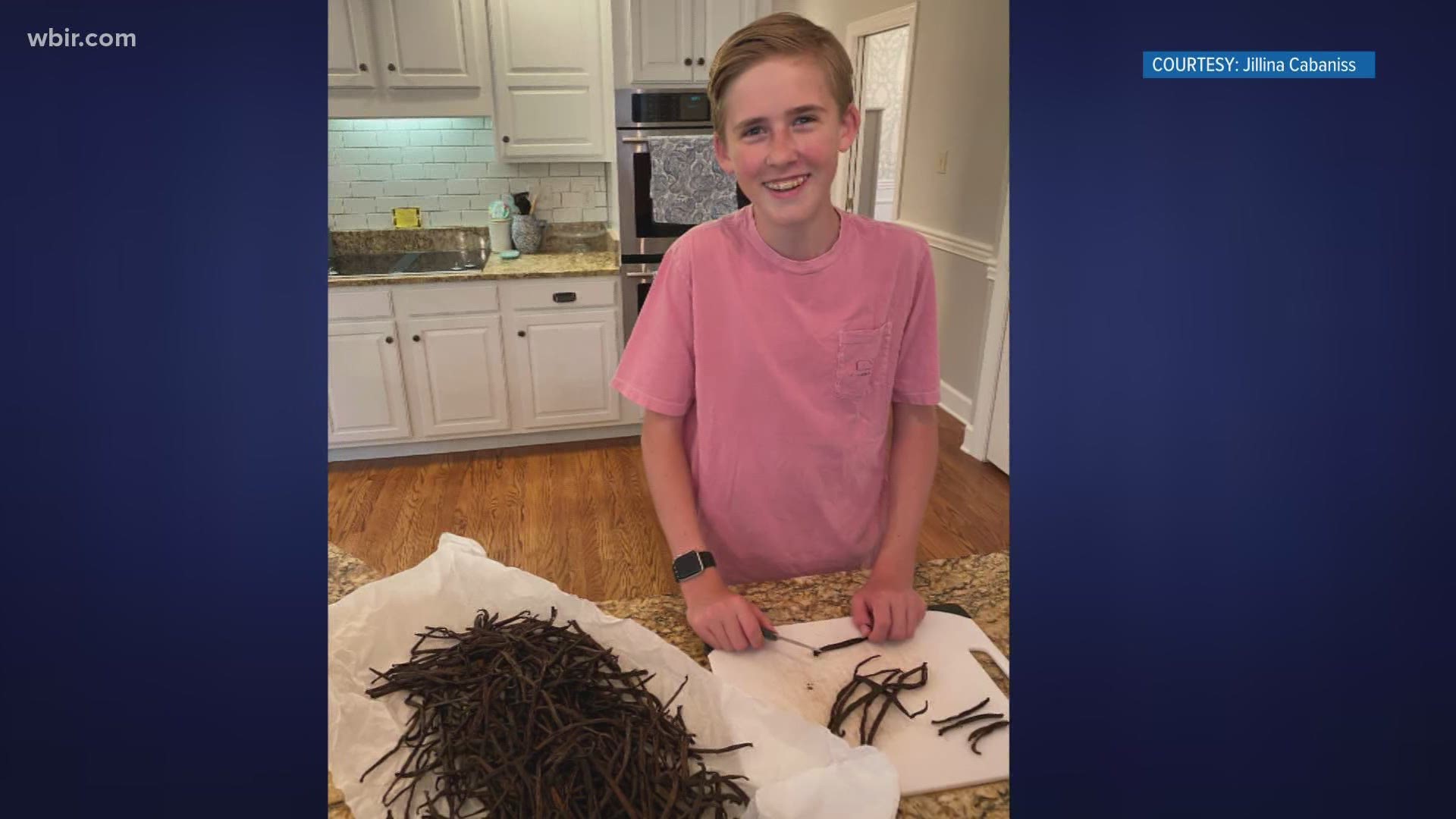 FARRAGUT, Tenn. — William Cabaniss volunteers at Second Harvest Food Bank, because he has had a heart for feeding the hungry.

It started when his family used to live in Crossville.

"There were kids in my class who just didn't have enough food. And I just want to help people like that," he said.

His mother remembers his concern.

"As a kindergartener, I can remember William taking part of his allowance that he wanted to give to local food banks in Crossville. So we would go to the grocery store and buy bananas,"Jillina Cabaniss said.

The family lives in Farragut now where 14-year-old William, his siblings, and parents Mark and Jillina, frequently enjoy brownies with added vanilla extract.

"William was making vanilla brownies, and he said 'I could sell vanilla and give the money to Second Harvest.' My husband and I just kind of smiled. Yeah, you should do that. And he just kind of kept working on it," Jillina said.

William said, "I thought I could help people who need this food, by selling this product that I like so much."

Time at home for the coronavirus pandemic made it possible for William to turn his idea into a real product: Vanilla Feeds Tomorrow.

"I think a lot of the time spent was finding the right bottle, figuring out labeling, building his website," his mother said.

William said, "I started making some vanilla extract and then I was trying to get social media, a website, and to get some stuff ready to launch. It was a long process but I think it paid off."

In its first week, Vanilla Feeds Tomorrow received orders from 13 states. Sales and donations topped $4,000 which translates into more than 12,000 meals Second Harvest Food Bank of East Tennessee can distribute.

"The response has been really positive. All the customers love it and where the money is going," William said.

He is going to be a freshman at Farragut High School in the fall.

An 8-ounce bottle costs $30 and provides 42 meals. Customers can also add cash donations to their orders to feed more people.

Jillina said, "I'm honored to just watch him as he works and tries to make a difference at such a young age."