The Gilley's Hotel in Bulls Gap, Tennessee once served as a stop for railroad workers and passengers. Now, it sits empty next to the tracks. 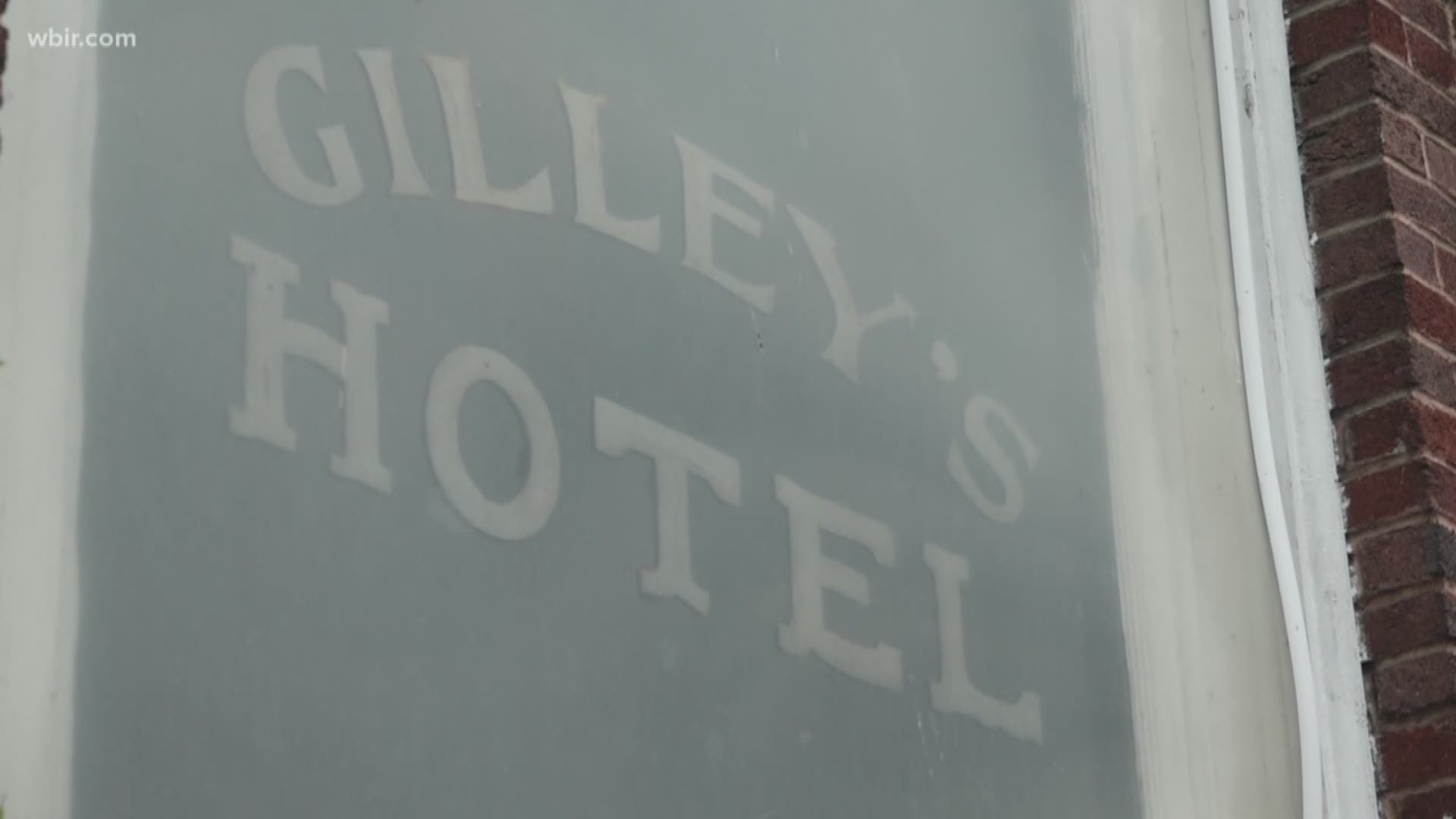 BULLS GAP, Tenn. — The railroad is central, literally and figuratively, in Bulls Gap, Tennessee, and remnants of its steam engine-powered past still stand tall just feet away from the tracks.

The Gilley’s Hotel is just one reminder of the days when the little town of 184 was a bustling stop on the way to Rogersville.

Originally called the Smith House, the hotel was built after the Civil War as a place to stay for railroad workers and passengers.

“It was mostly for the railroad,” said Bill Haskins, curator of the Bulls Gap Railroad Museum and Community Development Corporation. “All kinds of people, I mean, everybody stayed. If you didn’t have nowhere to stay, you’d stay here at the Smith House.”

In 1920, a man named R.H. Gilley bought the Smith House, added on to it and renamed it the Gilley’s Hotel.

1 / 24
Elizabeth Sims
The Gilley's Hotel in Bulls Gap, Tennessee once served as a stop for railroad workers and passengers. Now, it sits empty next to the tracks.

Haskins said the hotel was busiest in the 1920s and 30s and became a hub for the community with a barber shop, a large dining room, the post office and other amenities inside.

“You’d go from the barber shop to the dining room and get yourself something to eat and then catch the train,” Haskins said. “And everything that Bulls Gap had was in this...the Smith House at one time.”

Business kept chugging along with the railroad industry until steam engines were replaced in the 1960s and passenger trains made fewer stops in Bulls Gap.

The hotel changed hands several times after R.H. Gilley died in 1969, and it was added to the Bulls Gap Historic District on the National Register of Historic Places in 1987.

A man named Jim Walls rented out rooms as an apartment until 2003 when health issues led him to donate the building to the Bulls Gap Railroad Museum.

The museum attained non-profit status and started in on restoration and renovation, and they were able to put a new roof on it with a grant.

However, decades of disrepair quickly ate away at the already small budget.

“We tried to re-do some of the work ourselves and it was just more than we could do so it set out for a good while,” Haskins said.

The walls, with eight layers of wallpaper peeling away, would need to be tested for lead paint. Then the floors, though only slightly warped, would require leveling to ensure stability. On top of all that, the halls and rooms are in various states of decay and littered with debris from nearly every decade of the hotel’s operation.

Though the task is daunting, hints of the hotel’s former beauty still peek through the grime.

The original painted signs for the Smith House and the Gilley’s House still adorn the front doors. Little engravings, hand-done on the original sheetrock, are still visible under the layers of wallpaper. The enormous original wood-burning stove still crowds the kitchen. The original check-in desk still sits virtually untouched just beyond the white double doors. Even the hotel’s more unique features, like a door added above the check-in desk to move furniture from the first floor to the second, still work.

These details, hints of Bulls Gap’s past, keep Haskins motivated, teaming up with the Knox Heritage East Tennessee Preservation Alliance in 2017 to find someone who could help preserve the hotel.

“We don’t have a solid base like some of the bigger towns do of how the historical preservation is, but we look at it as it needs to be preserved the way that it is,” Haskins said. “It’s a nice little quaint town, but it’s just like every little town across America, they gotta struggle a little bit to make it.”

This “nice little quaint town” clings to its railroad roots. On Friday nights, once the last train has click-clacked down the track, people gather on the museum’s porch for some bluegrass pickin’ and toe-tappin', right next door to the hotel that was built for the steam-powered industry that formed the community.

While the hotel is not available for touring, visitors can still learn more about it and the town’s history at the Bulls Gap Railroad Museum.

Click the points on the map to explore the places we have visited so far. Let us know of other places we should go.