Marcus and Candy Brown displayed flags from all branches of the military to celebrate Independence Day in a special way. 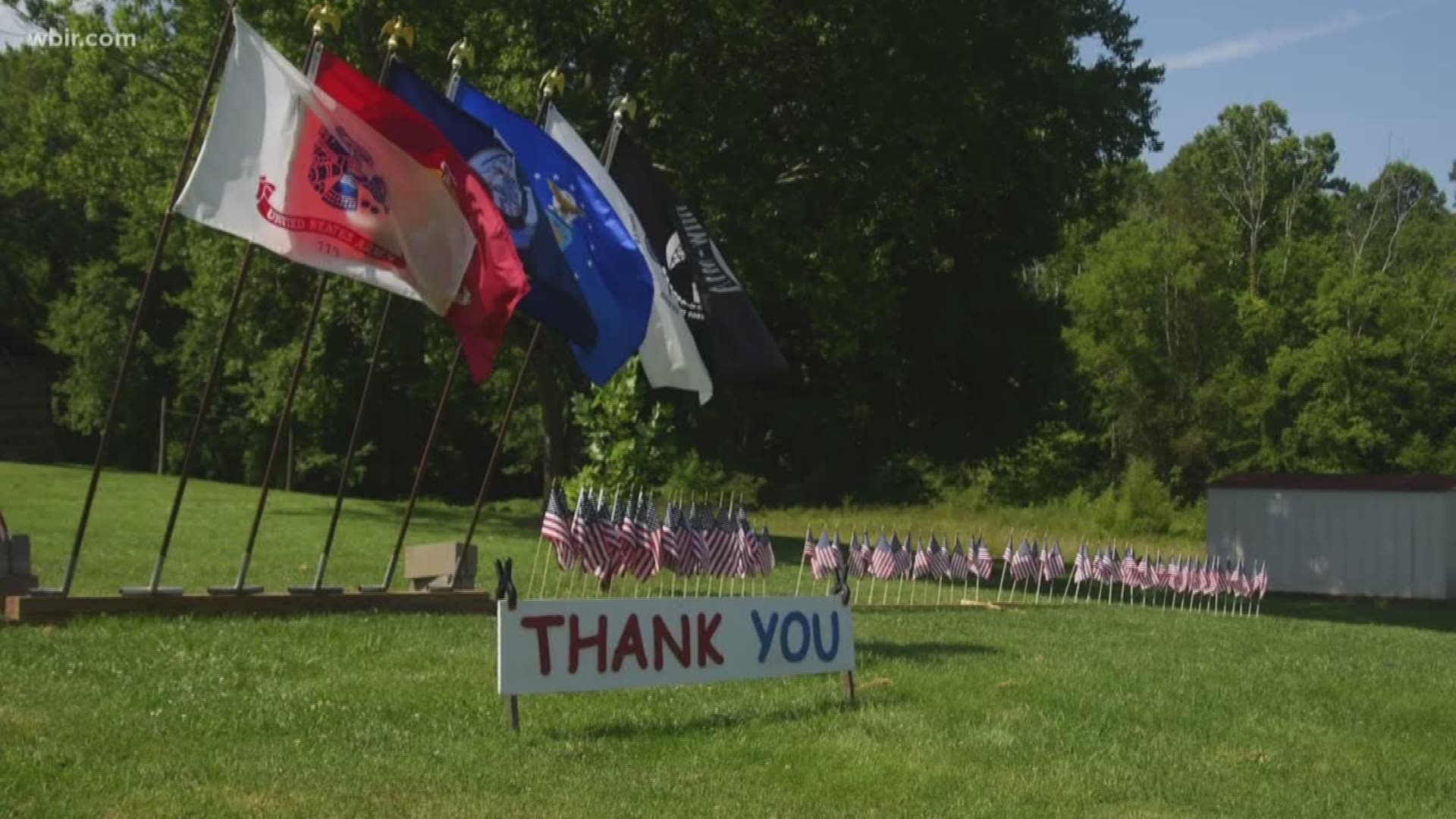 POWELL, Tenn. — Under the blazing sun, hundreds of people gathered along West Emory Road to watch the City of Powell's annual Fourth of July parade.

But just around the corner, Marcus and Candy Brown were celebrating the holiday in a much quieter way: displaying flags for all branches of the U.S military.

"It's just all about our military and I appreciate what they've done for us," Marcus said. "We did this to honor everyone and we hope that they would come by and just spend a moment with the flags."

RELATED: Festival on the 4th: What you need to know before heading out today

The Browns began putting flags on display for Memorial Day, July Fourth and Veteran's Day nearly two decades ago after 9/11.

"My son was in the military and he called that night and said they’d loaded our jets and we got kinda worried about it," Marcus said. "I got the idea, said 'well, we’ve got to do something in honor of these people.'"

And with that, the flag tradition began.

Terri Mumley, who served in the U.S. Army for 22 years, smiled when she heard about their display.

"We all have barbecues and hot dogs and all that," she said. "But it's really about our country becoming a country and how we continue to be a country based off of the people that choose to fight for this country."

Many of the Browns' family members are among those who have chosen to fight. He said he is extremely proud and thankful for their service.

"I want to thank all of you who have served from the bottom my heart, even those who didn't get to home," he said. "They all proudly served."