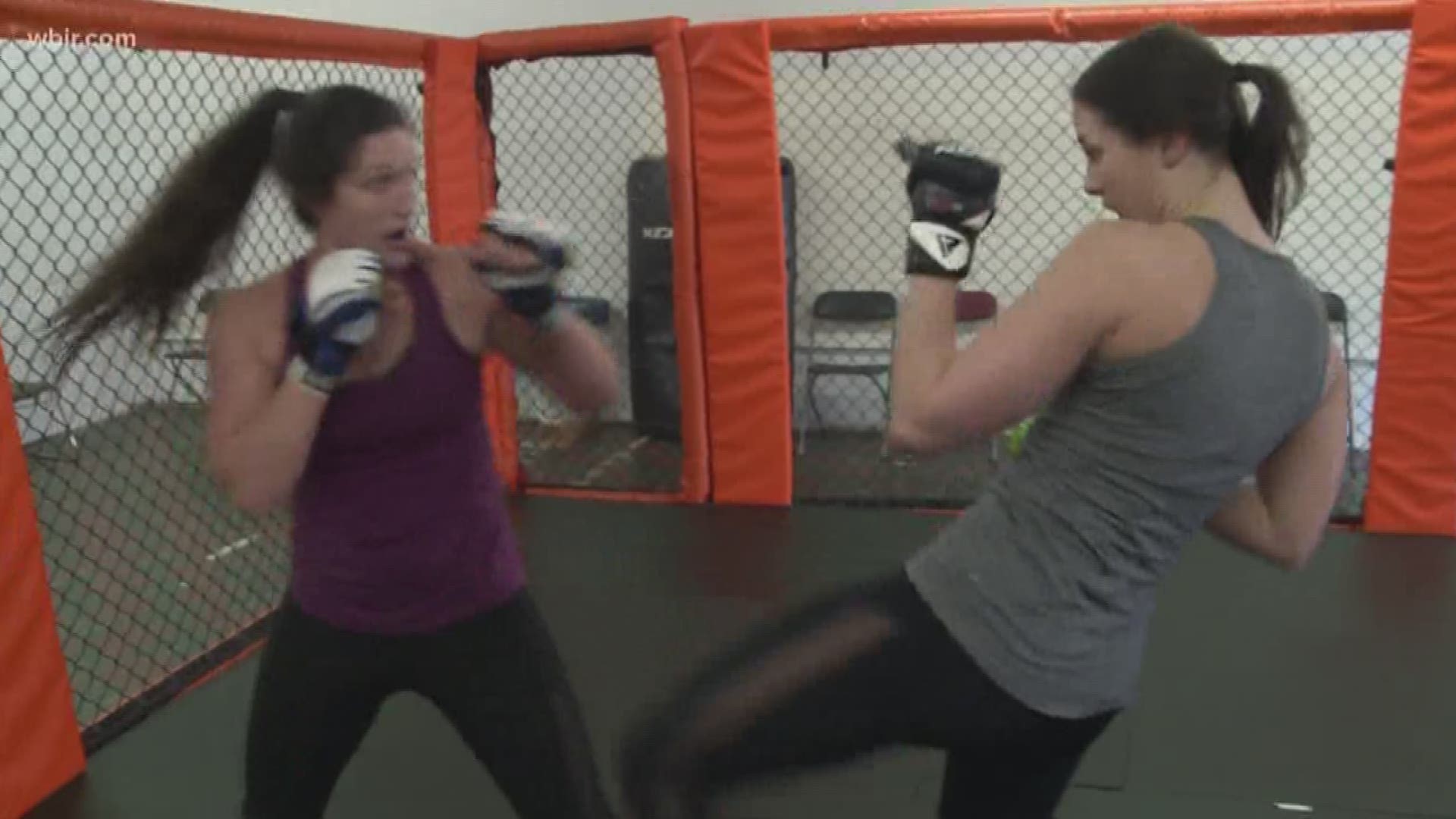 KNOXVILLE, Tenn. — A mixed martial arts competition is coming to Knoxville this weekend.

Kicking, punching, and choking are not only encouraged but expected.

The Valor Fighting Challenge 54 will feature some top up-and-comers who happen to be women.

To get ready for the fight, competitors go inside the cage to practice.

"In MMA you're trying to see if you can make the other person quit," Shamir Peshewa said.

It's an extreme combat sport featuring elements of wrestling, boxing, and kickboxing with punches, chokes, throws, and takedowns.

Of course, it takes physical strength but Shamir Peshewa said it's also a mental challenge.

"Even though there are two people in that cage, one of those people doesn't matter and that's the opponent because that changes. The person that doesn't change is you," she said.

At Knoxville Martial Arts Academy, the women are just sparring. It's different when they step into a cage in competition.

She describes herself as a marshmallow before she started MMA three years ago.

"Over time as I started to practice I got more flexible, a little bit more strong, and then realized that I wanted to be better so I took up strength and conditioning and built myself up to this," she said.

"I just loved getting in shape. Then after probably a little bit less than a year I decided I wonder if I could actually defend myself. Does this stuff work? What better way to try it than in a cage with a referee there to stop it in case something happens and somebody my own size so that's what kind of drew me into it at first, just getting in shape and seeing if I could really defend myself," she said.

The sport has evolved. When she started eleven years ago, Taylor was the only woman in the class.

"Well now people come left and right and sometimes there are more women than men in them. And I just really think that's because when you surround yourself with positive people they give each the confidence to try something new. And this is an awesome sport," she said.

Christina said, "It reveals a lot about yourself that you didn't know existed."

The Valor Fighting Challenge 54 is this Saturday at the Knoxville Civic Coliseum. Doors open at 5 p.m. for the 6 p.m. event.

Go online to Ticketmaster to purchase tickets to the event.