"If you're going to have it you might as well do the best you can," said Holly Berger, a Parkinson's patient 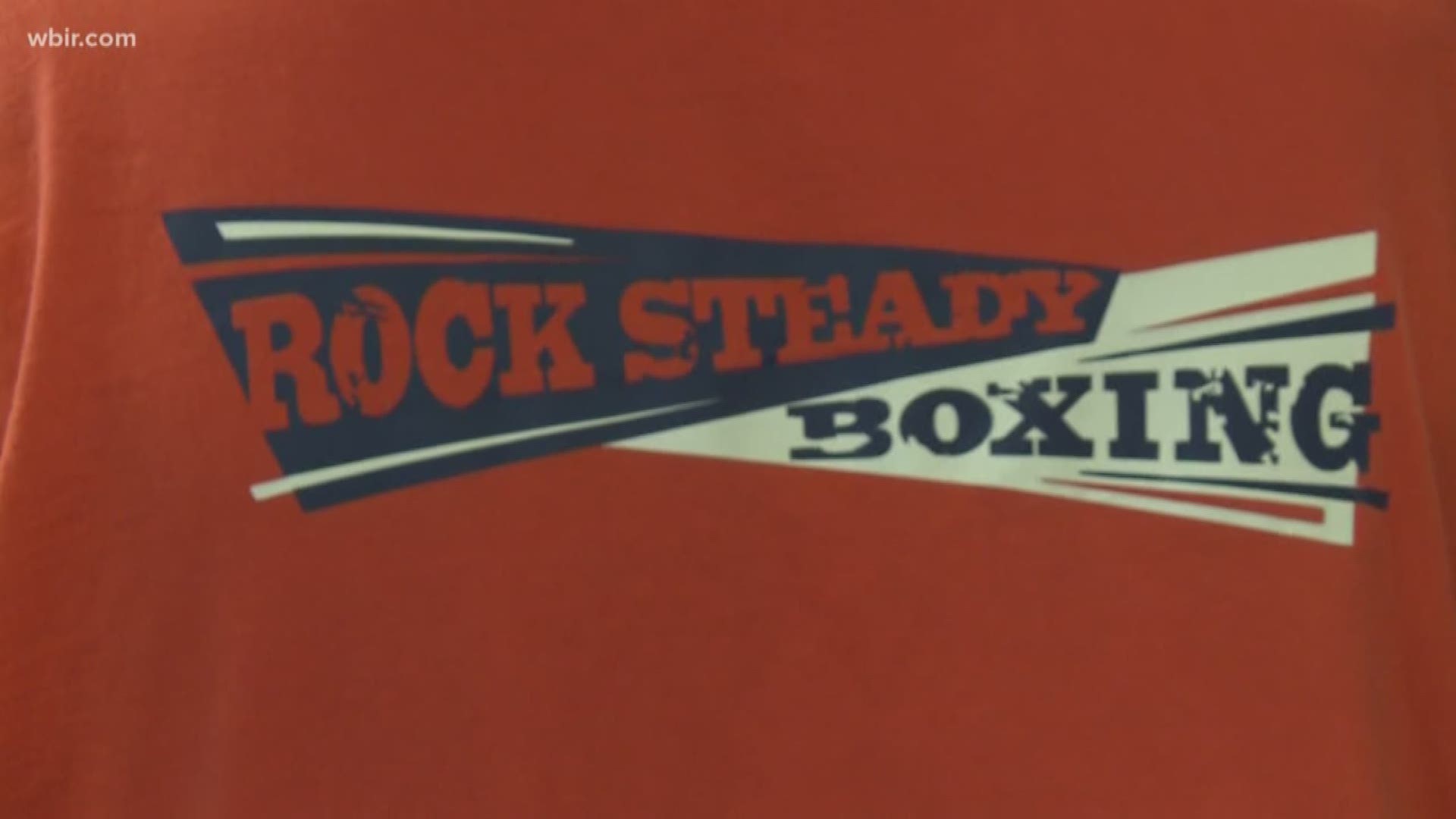 Rock Steady Boxing is for people with Parkinson's, a disease that affects the ability to move.

"Now you've got a movement disorder. Let's go fight. It's a terrible idea. But it works. It works great," Zach Guza said.

The personal trainer started the class three years ago after Parkinson's put his father in a wheelchair.

"He went from assisted living, to rehab, to hospice, to...he died in 2013. I saw that and I saw what that put him through and my family through and didn't want that to ever happen to anyone else ever again. So I kicked this off," he said.

They get a kick out of punching.

"It makes them have to move their body around very quickly and very accurately. And all the things that boxing makes you do is exactly contrary to what usually happens with Parkinson's. So it's kind of a strange fitting and it's not what you would expect," he said.

"I knew something was wrong because I had some tremors," she said.

She researched the disease, tried medication, yoga and boxing for coordination and a full-body workout.

"I just heard it's one of the best things you can do. It incorporates the stretching which is so important and the exercise and then the punching strengthens you and then, of course, we have weights that we lift," she said.

Doing the boxing moves in class encourages them to try moving more outside class.

"You don't really realize how hard you are working. You're kind of having fun. You have a task. You have a target. And you really get going without too much force," Zach said.

Everyone in the class has Parkinson's but during the class, they forget they have Parkinson's.

"Routinely we have to chase them down in the parking lot. Here's your cane. Because they forgot. They don't need it. They come in here and get going and don't need it," Zach said. "They come into work on their left hook and forget that they're poor and weak and walk out just kicking butt."

It works with Holly's approach to Parkinson's.

"If you're going to have it you might as well do the best you can," she said.