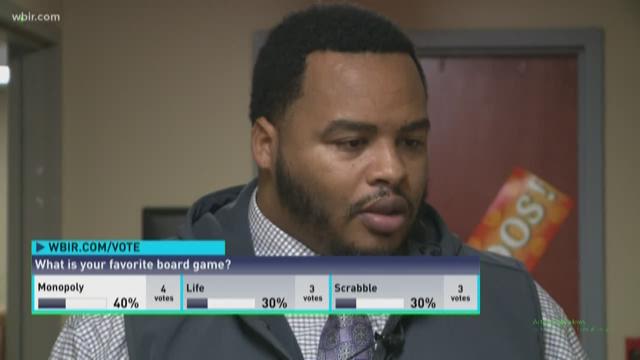 Playing Monopoly, Scrabble and Battle Ship may have been a fun part of your childhood. A new board game is not only fun for the family but also an educational tool.

An economics teacher at Concord Christian School in Farragut likes to mix it up. Troy Fleming uses a board game to keep his juniors and seniors from being bored.

"The kids love it. We've played Monopoly. We've played Life. We've played a ton of other games," Fleming said. "Then Mrs. Linda Reedy, our curriculum director, introduced me to the game and we started playing it and the kids fell in love with it. They like to play it all the time but we can't play it every day."

The inventors are Jason Evans and his wife Tiara. They came up with the board game after an experience two years ago.

"My wife bought my dad a Monopoly board in December 2015. She talked us in to playing the game over there and I called some friends over and one of my friends had his own house rules that we agreed to. But on top of that he was cheating. So we were making up our own scenarios just joking around and my wife was like, 'We might as well make up own board game,'" he said.

The result is Success.

In the game, like in life, money is a tool.

Playing time is 45 minutes to an hour-and-a-half. It promotes discussion.

"Life comes at you differently," Fleming said. "Sometimes with the play cards you're dealt a play card and it just randomly has all this stuff on it. And so the kids get to understand that life is not orderly just randomly happens but you've got to be able to adjust to it."

"Your kids are learning life time lessons," Jason Evans said. "It plants to seed in home and vehicle payments and you can talk about interest and then add your own little flavor with what you've experienced. But most important game is fun."

The game is called Success. But what is that exactly?

"Everybody's success is different. Just because that person has that big mansion over there does not mean that they are happy," he said. "My personal definition of success for me is as long as my family is healthy and happy and we take a few trips, that's all I want."

The Success Board Game is in 30 stores in 12 different states and is used in more than 45 educational programs. It's also a fun family game to play at home.