Every morning, World War II veteran Mastrocola grabs a lawn chair and an American flag and takes a seat on the sidewalk. It's part of his final mission in life. 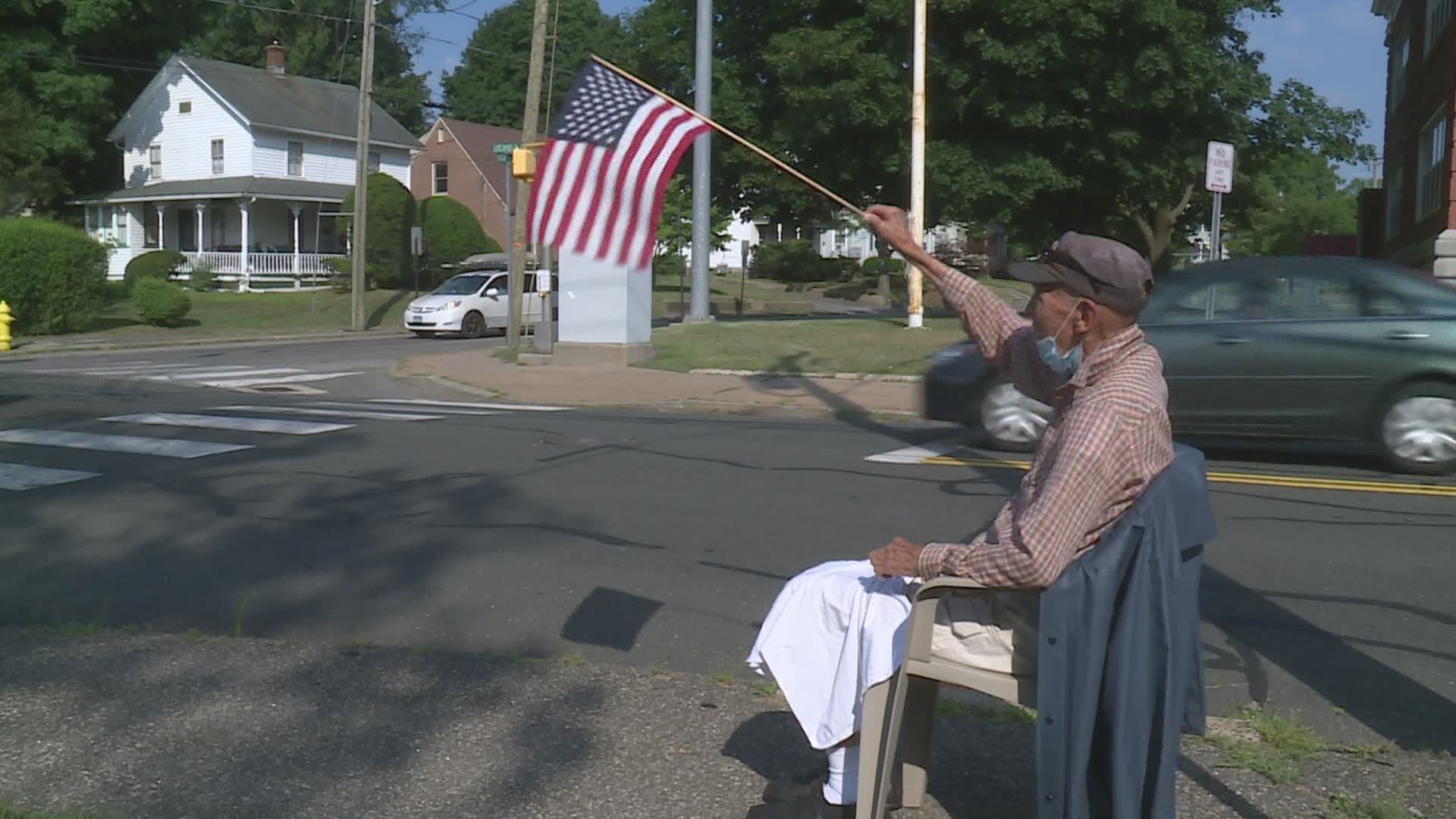 TORRINGTON, Conn. — Defend the stars and stripes. Its a lesson one 95-year-old in Torrington is trying to teach anyone who will listen and he says it`s a lesson he's going to continue as long as he can.

If it`s 8 am, no matter the day, you know where you can find John Mastrocola.

Every morning, World War II veteran Mastrocola grabs a lawn chair and an American flag and takes a seat on the sidewalk. It's part of his final mission in life.

"I am one of the very few World War II veterans left so before I leave I want them to remember John 'never surrender' Mastrocola,' said Mastrocola.

For hours each day, the navy veteran waves his flag at passersby. He says not enough people respect the flag, and respect the country they live in.

"Once you disrespect the flag, the country goes down the tubes," said Mastrocola.

If you`re driving through Torrington, you may see him out there, some days for longer than others.

For as long as he can Mastrocola says he`ll wave his flag, full of pride for his country and his fellow service members.

"I`m dying of cancer I`m less than 100 pounds but as long as I can keep coming out here I will when you don`t see me out here then you`ll know," Mastrocola said before he started humming TAPS

Some honk and wave, others know him by name and he sends them off with a salute. It is a sign of respect for our flag, our freedom, and our country.