He’s broken 18 bones in his life. He says he's constantly reminded of painful memories by the scar where his jaw was wired shut, broken in Vietnam. 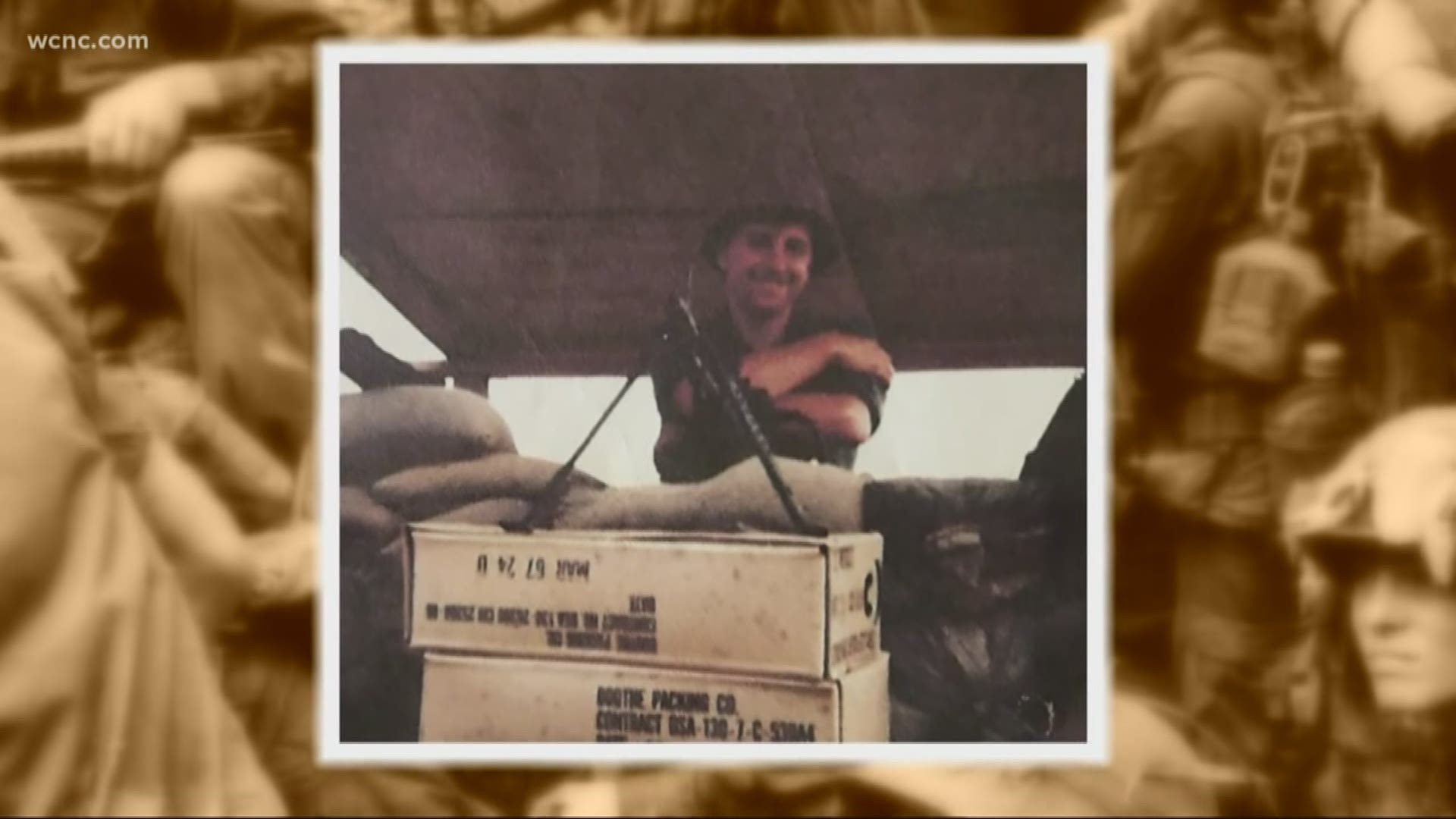 MOORESVILLE, N.C. — Hundreds of thousands of people have died from drug overdoses, and the government and communities are doing everything they can to help curb the opioid epidemic.

Doctors are prescribing less and less opioid pain killers hoping it will keep people from getting hooked. But some people say they’re falling through the cracks, suffering in pain because they can’t get the medications they need.

In 2017, 70,000 people died of a drug overdose. Now, major pharmaceutical companies are paying the price, held responsible for pushing addictive pain pills in multi-million dollar lawsuits. But there's another, forgotten voice in the opioid epidemic

"Why should I or my neighbor or Bill down the street suffer because somebody else chose to misuse it,” asks Dale Borland, a combat veteran who lives in Mooresville.

He says he lives in constant pain, some days worse than others. He’s broken 18 bones in his life and he’s constantly reminded of painful memories by the scar where his jaw was wired shut, broken in Vietnam.

“I almost want to cry, like yesterday morning, I don't want to get out of bed because it hurts so bad,” he says.

The pain keeps him from living the life he wants to, but he can't get the relief he needs from his doctors at the VA, suffering in pain at the hands of the opioid epidemic. He says they won’t prescribe high-level opioid pain killers he could benefit from.

A spokesperson for the VA says they've made positive changes to limit and prevent addiction, shifting toward a "whole health" approach, providing alternatives to writing prescriptions like yoga, tai chi, and acupuncture.

Borland says he's never felt a high from taking the drugs and would only use them as needed.

“If I had access, it would make life more bearable, period,” Borland said.

He wants an advocate for those who won't abuse the drugs and can't get the treatment they need, the people he says are overshadowed by the number of deaths.

“I feel bad for a father who has to go to the hospital because his son overdosed or his daughter overdosed, but it all comes back to personal responsibility,” he said.

The STOP Act of 2018 set new limits on how many drugs can be prescribed during a patients first visit but those limits don’t apply to patients with chronic pain.