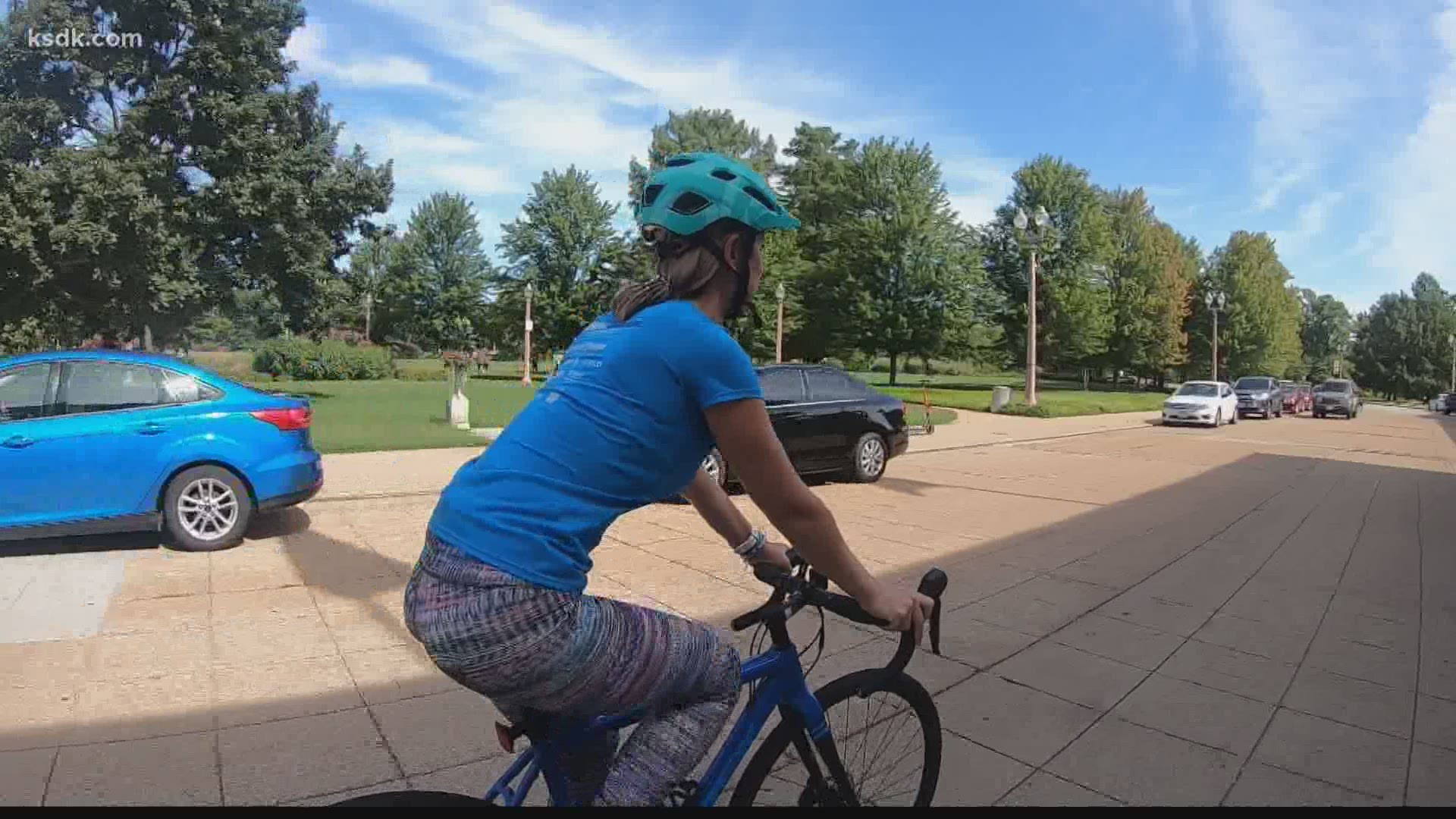 ST. LOUIS — There are people in St. Louis who believe in putting aside their personal issues for the sake of others.

Randalynn Vasel is doing all she can to support cancer research in St Louis. She is very active in her pursuit – she’s not one to just sit around.

She is now on an ambitious ride.

“So, starting in 2018 I’ve done something that was challenging for myself,” said Vasel.

The challenge in 2020 is all about doing a good deed. She is riding 1,000 miles over a span of three months. Vasel called it “challenging but good”. She’s riding 500 miles on the road and another 500 on her Peloton.

“Why I do it? For those who can’t,” she explained.

The mother of two small kids is pedaling to raise money in the fight against cancer.

“If we can get to the point where one day, you know, hearing the words, ‘Sorry I have to tell you this, you have cancer,’ isn’t a fearful thing,” she said.

Vasel has heard those words herself. She is a survivor.

“I was diagnosed at 36 years old with ovarian cancer,” she said.

The young mom faced the challenge of cancer head on, but she had no other choice.

“I had to two whatever I needed to do in order to stay here for them,” she said, referring to her kids. “It’s not really fun to see your mom lose her hair and all of this other stuff.”

She had her last chemo treatment on June 5, 2017. It was also her son’s fourth birthday.

Now, she focuses her efforts on helping others get through cancer.

“That is honestly one of the reasons that I do try to do so much,” she explained.

Vasel is doing it all while still feeling the effects of her past cancer treatments.

“Cardio is super hard after chemo. There are days when I feel like there’s an elephant standing on my chest,” she said.

But there is no quitting.

“I keep going. And hopefully it allows someone else to get up and keep going.”

She believes in living “life purposefully”. She a good example for us all when it comes to taking on whatever comes our way.

“Challenge yourself beyond what you ever thought was possible,” Vasel said.

Vasel is taking part virtually in the annual Pedal the Cause campaign. If you would like to help her in her effort, visit her rider page.