Young students at Episcopal School of Knoxville buzzing about honeybees

Bees in a classroom hive just swarmed to form another colony. The school was able to capture it so they may add another hive. 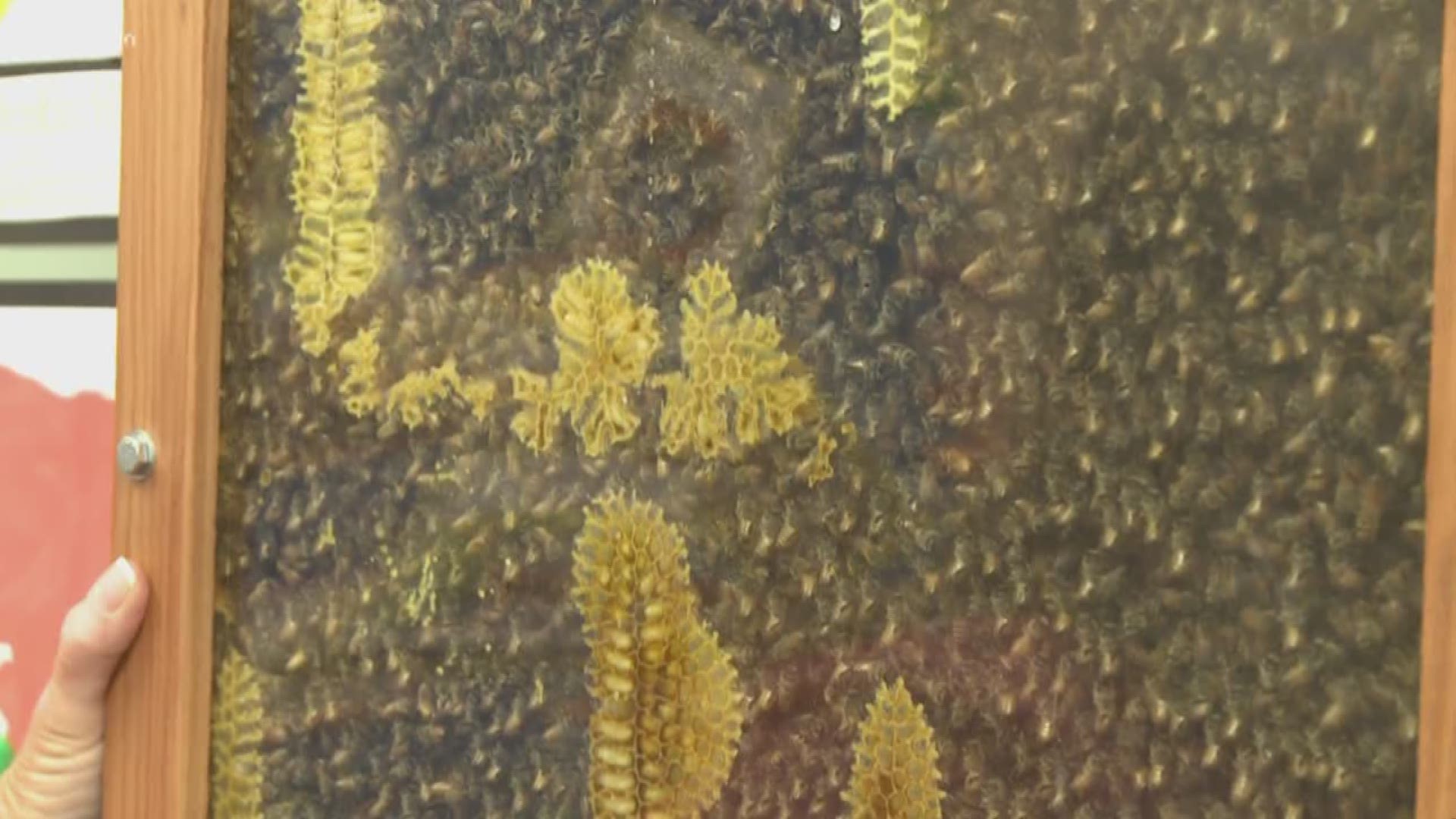 KNOXVILLE, Tenn. — It's all about the bees.

The Bee Cause Project at the Episcopal School of Knoxville features a real hive inside a classroom. It's a way for students to understand and engage with honeybees.

Credit: WBIR
Students do the waggle dance to imitate what bees do to show the colony where to find the best nectar and pollen

They've learned the waggle dance. That's how bees show other bees where the best flowers are for nectar and pollen.

One particular classroom is all abuzz with something else.

"I really want to be in this class because I really like bees," 6-year-old Sarah Enger said.

Credit: WBIR
A tube to the outside allows bees to come and go from the hive

The bees can come and go through a tube to the outside courtyard. They can't get into the classroom but the kids can see the bee colony through the rectangle-shaped hive with glass on two sides.

It is a way better view than a beekeeper would have.

"It's really cool. You can put your ear against the glass and you can hear the bzzz," Sarah said.

"I never felt threatened by the bees in all this process I never felt like I was going to get stung even though I didn't have a bee suit on," she said.

No one has been stung in the year that the bees have lived at the school. The children have been trained to protect themselves when they play outside in the courtyard.

"We don't swat them. We don't run from them. We don't make loud noises. We just stand still if they are ever around us or if they ever land on us. We've never had an incident with them," she said.

The beekeeper put a white dot on the queen so the students could easily find her. They've been able to find out about all the stages of a bee's life.

The bees produce honey but the kids don't collect it. The honey is food for the colony.

It's easy to learn about bees when you see them every day.

The bees just swarmed... that's when the queen bee and worker bees leave to start a new colony. Well, they were able to catch the swarm so the school may be able to start a second beehive.

Next year, in first grade, the students will learn about butterflies with live butterflies.