A 22-pound house cat scared a Portland family into calling 911 for help Sunday. The family called 911 at 7:55 p.m., telling dispatchers the huge cat named Lux attacked their baby and then forced them to flee into a bedroom, where they remained holed up inside.

The baby was not injured but the 911 operator could hear Lux screeching in the background. (Hear excerpt from 911 call in audio clip at bottom of this page.)

"I kicked him in the rear and he just went off, over the edge," the caller told the 911 dispatcher. "We are not safe around the cat. We're trapped in the bedroom. He won't let us out of the door."

When officers arrived, the man, who sounded slightly shaken, told the dispatcher he was reluctant to let the police in because, "If I leave the bedroom, I'm going to have to fight the cat. Tell them to be careful, the police."

The dispatcher stayed on the phone with the caller to make sure everyone, including the family dog, was safe.

Police managed to apprehend the suspect with cleverness, instead of sheer force.

"They saw the black-and-white Himalayan dart into the kitchen, attempting to flee custody," said Sgt. Pete Simpson with the Portland Police Bureau. "Officers were able to outwit the high-strung Himalayan, who climbed on to the top of the refrigerator, and get a snare around the cat and safely get the cat behind bars in its crate."

Simpson told KGW that "it could have been catastrophic had it been attacking the officers."

The ferocious feline lives with the family in a unit at The Yards at Union Station, located at 945 Northwest Naito Parkway.

The mother, Teresa Barker, said with a new baby in their lives, perhaps it's time to find another home for the cat.

"Maybe it's something that can be worked out through mediation between the family and cat," Simpson said. 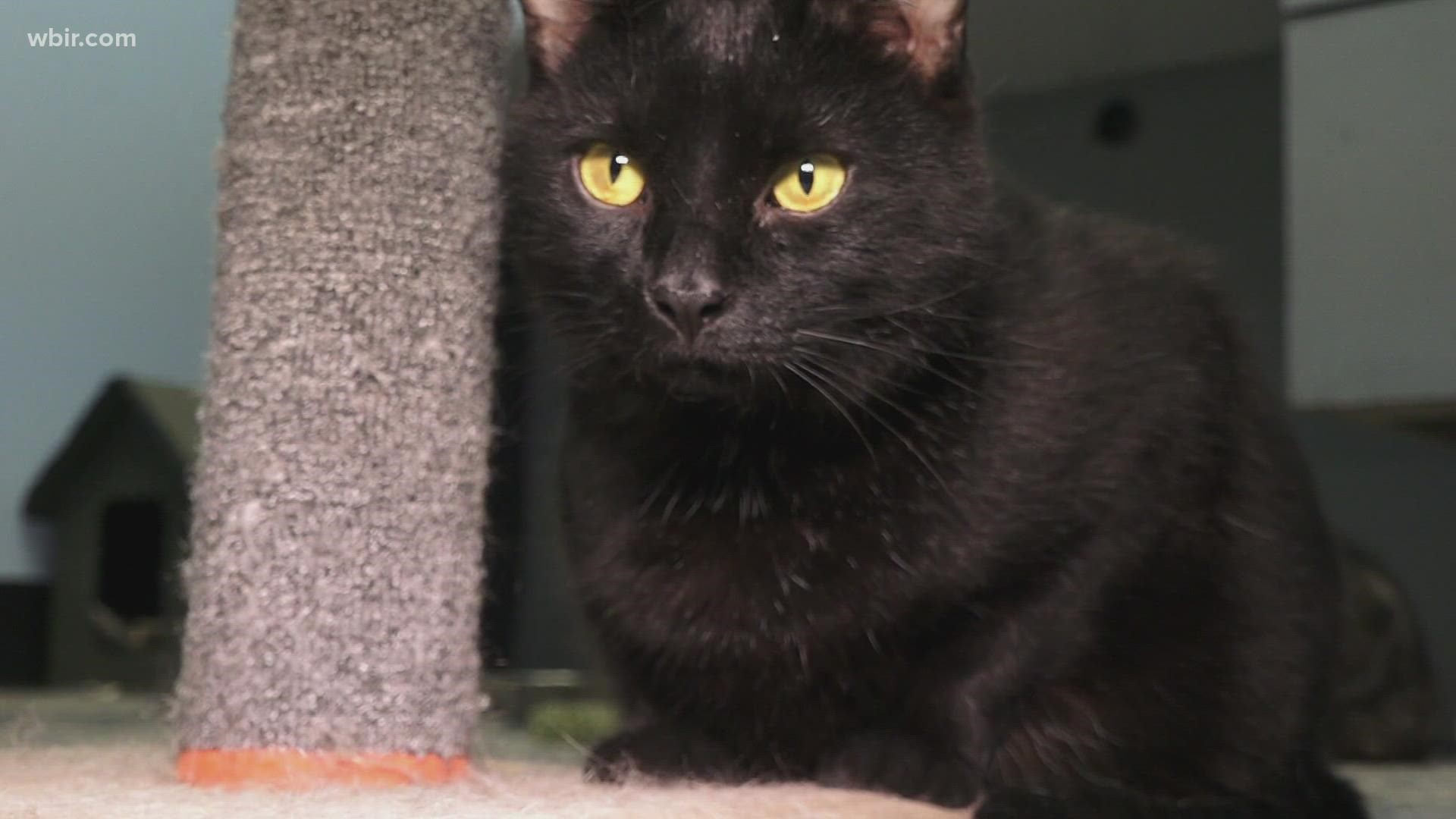