The dogs were found underneath a home that was in preparation for demolition. Now, they are being cared for at the Arizona Humane Society Maternity Hospital. 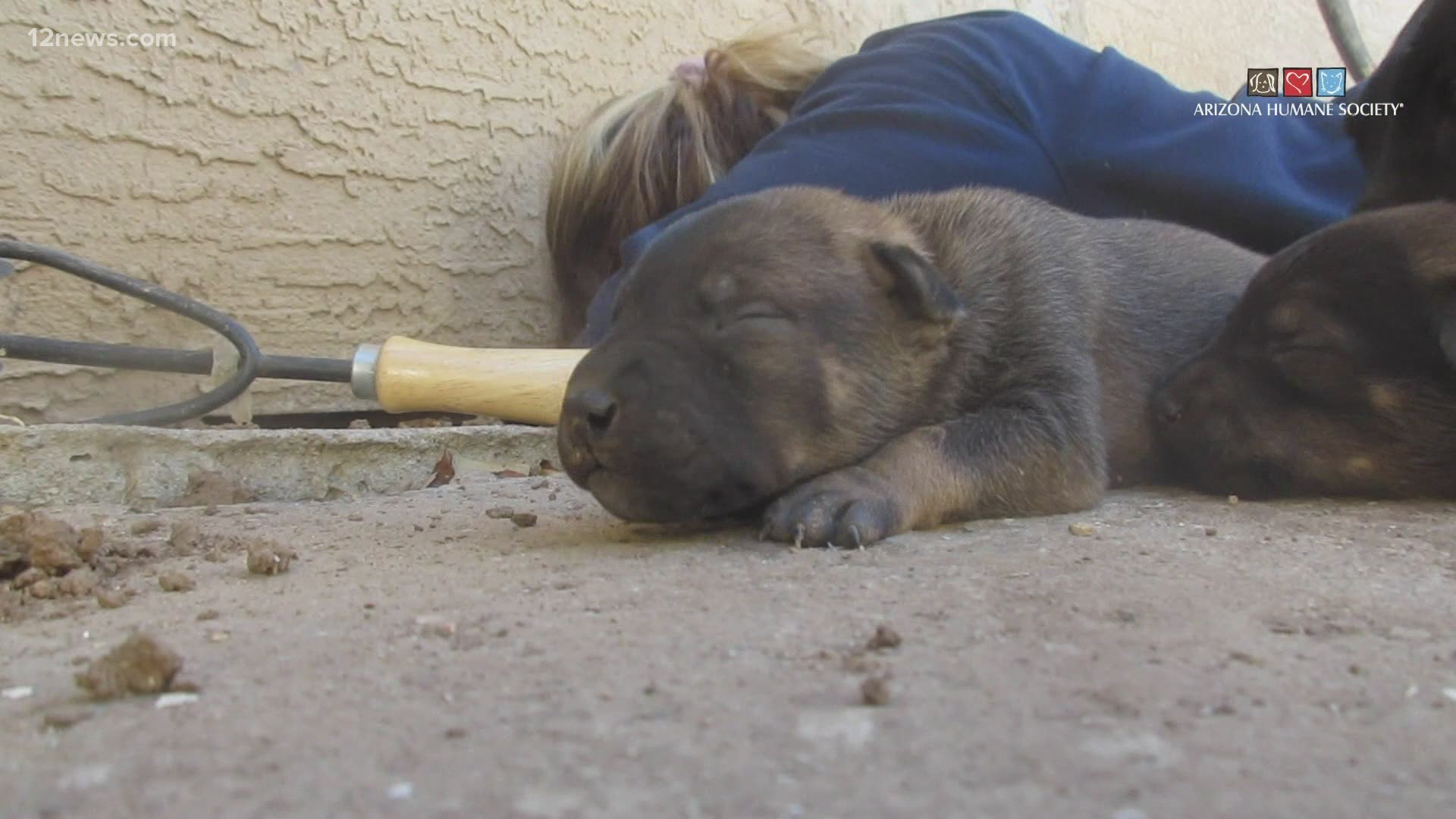 PHOENIX — A litter of seven stray puppies was pulled from under a home that was slated for demolition Wednesday in a Phoenix neighborhood.

The puppies are all doing well and are recovering with their mother at the Arizona Humane Society Maternity Hospital.

When emergency animal medical technicians arrived at the home, workers pointed out where they saw two adult Labrador Retrievers crawl under the foundation.

When technician Theresa Scheckel saw the female dog, she knew she needed to start digging under the house.

“Then a female came out and looked like she had been nursing,” Scheckel said.

Scheckel and another technician spent the next two hours digging a hole big enough to crawl through to check for puppies. Sure enough, they were huddled together under the house.

“This is why they do the work that they do,” said Bretta Nelson of the Arizona Humane Society.

Nelson said the team rescued over 4,300 homeless animals last year from situations like this one, "It’s what they trained for.”

The puppies and the mother will be available for adoption sometime in the next few months, Nelson said. All the dogs will go to foster homes while they are checked by veterinarians and grow stronger.