Bear rescued by the Appalachian Bear Rescue passes away

The ABR announced a cub that was hit by a car didn't make it. 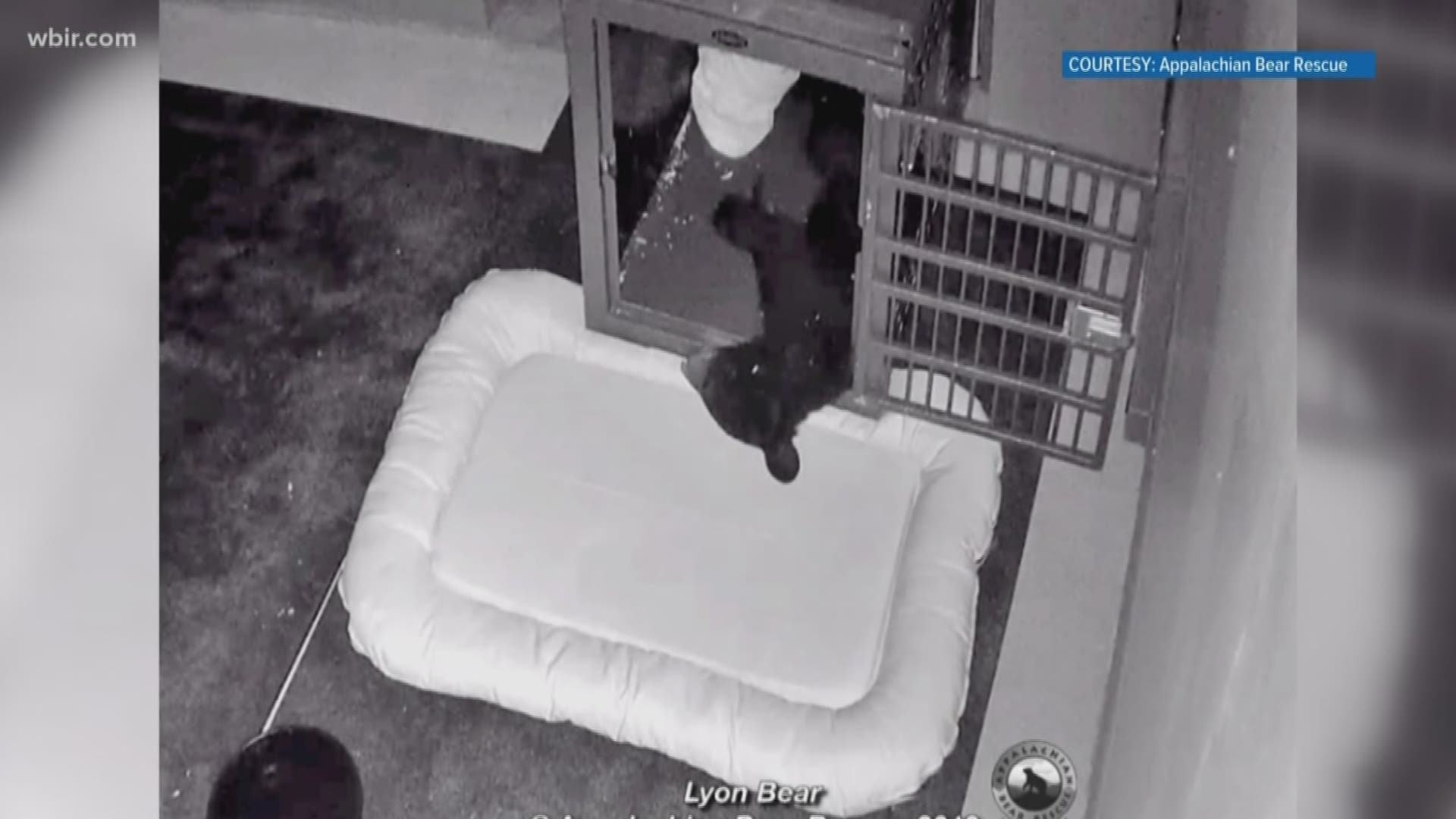 TOWNSEND, Tenn. — A cub who was hit by a car in Jefferson County and found by the Tennessee Wildlife Resource Agency this week has died.

He was taken to the University of Tennessee College of Veterinary Medicine shortly after he was found. They decided to take the injured bear to the Appalachian Bear Rescue on Wednesday in hopes of restoring his health.

After arriving at the ABR, they decided to name him Lyon Bear. Lyon arrived at the rescue in very bad shape. He was only 51 pounds and thought to be a small yearling or a cub due to his size but it was difficult to determine due to his facial swelling.

They placed him in the Hartley House so he could be kept cool and stay sheltered. He was even given a stuffed toy companion to help comfort him.

The rescue tried hard to nurse him back to health but unfortunately, his health only continued to deteriorate.

After the UT veterinary team visited the rescue to check on Lyon's health, they determined that no further medical intervention could make him better.

The ABR consulted with the TWRA and they made the difficult decision to humanely end Lyon's suffering. Lyon was put down on Thursday.

They encouraged everyone to remember Lyon Bear as he must have been before the accident: alert, curious and mischievous. The little cub is now free of pain and at peace.

The ABR thanked the TWRA, the University of Tennessee College of Veterinary Medicine and all of their Facebook friends for loving Lyon Bear.