Officials said that the bears looked to be in good health and will be fed bear milk replacement formula every four hours. 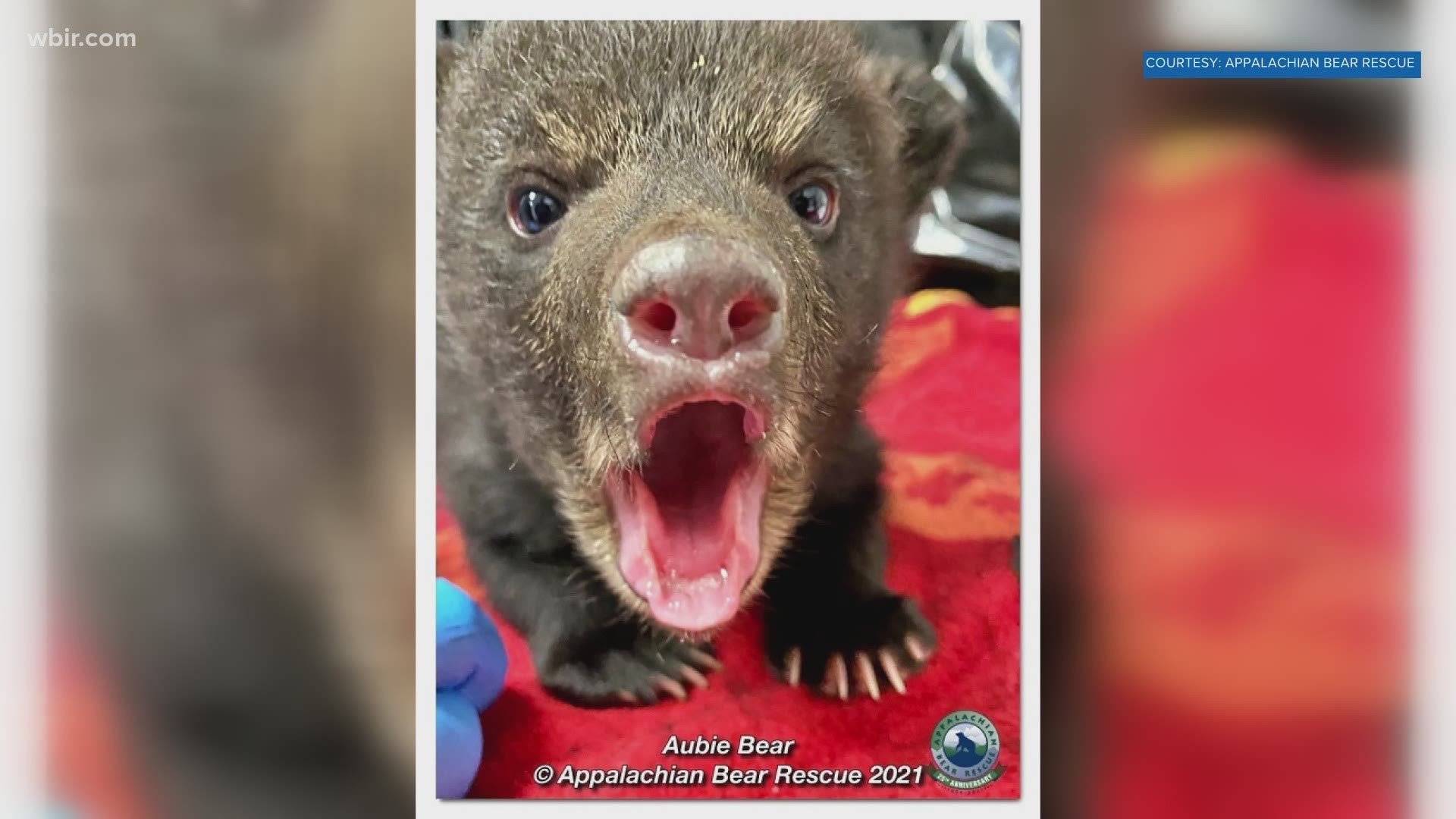 The 2-month-old cub was brought to ABR on March 14 after he was found alone in South Carolina. Officials aren't is sure what happened to his mother.

Now, he will grow up with a foster mom and two new siblings.

ABR curators went along with wildlife officials to assist in getting Furman with his new family.

"All went well and we’re very happy Furman is part of a family again," ABR posted on its Facebook page.

As of March 18, ABR is not caring for any orphaned cubs. Just two days ago, the two other cubs in residence were placed with foster mothers in Alabama. There story is below.

Two rescued bear cubs from Alabama have returned to the wild with foster mothers.

Appalachian Bear Rescue took in Aubie and Big Al earlier this month when they were found abandoned in Alabama.

The cubs were well cared for in the ABR nursery while Alabama wildlife officials looked for an appropriate foster family for the little guys.

It's not easy to find a foster family, according to ABR. According to a post on its Facebook page, the female bears must have a GPS collar so they can track her location and determine if wildlife officers can get to it. In addition, she must have given birth this year to cubs and they must all be in good health.

"Also, we wouldn’t burden a  mother with three cubs of her own with another mouth to feed. That’s why Aubie and Big Al may have to go to different mothers," said ABR in the post.

Wildlife officers must also place the foster bear with its new family before the mother and her cubs leave the den in just a few weeks.

Happily, ABR said officials identified two separate mother bears with two cubs each, so the pair was split up and each placed with a different foster mother.

"Little bears belong in the wild with mother bears who speak their language. We hope Aubie and Big Al grow up to become the big bears they are meant to be," said ABR in a Facebook post.

Yesterday Bear #329 Aubie, and her brother, Bear #330 Big Al were successfully fostered out to wild momma bears in the state of Alabama where they came from...May this be the closest they ever get to interacting with humans again. 😊🐻👏🌲🍂🪨 pic.twitter.com/7DRfs42gGC

ABR still has one cub in the nursery they've named Furman. Wildlife officers are also looking for a foster mother for him.

The Appalachian Bear Rescue welcomed two new cubs on Tuesday — male and female siblings from Alabama. Their names are "Big Al" and "Aubie Bear," named in honor of the mascots of the University of Alabama and Auburn University.

They were given to ABR by the Alabama Department of Conservation and Natural Resources as the department looks for a possible foster mother. Officials said they did not know what happened to the cubs' mother before they were given to the rescue.

The cubs are around two months old and weigh around 5 pounds each. They both seem to be in good health and will be fed bear milk replacement formula every four hours, officials said. The University of Tennessee College of Veterinary Medicine examined them in their nursery.

They will stay at ABR until ADCNR can find a good candidate for a foster mother in their home state. Officials also said that the Tennessee Wildlife Resources Agency helped during the transfer process, moving the cubs between states.