Officials will not tranquilize the bear because he could fall and get hurt, and are hoping he will find his way to a safer area. 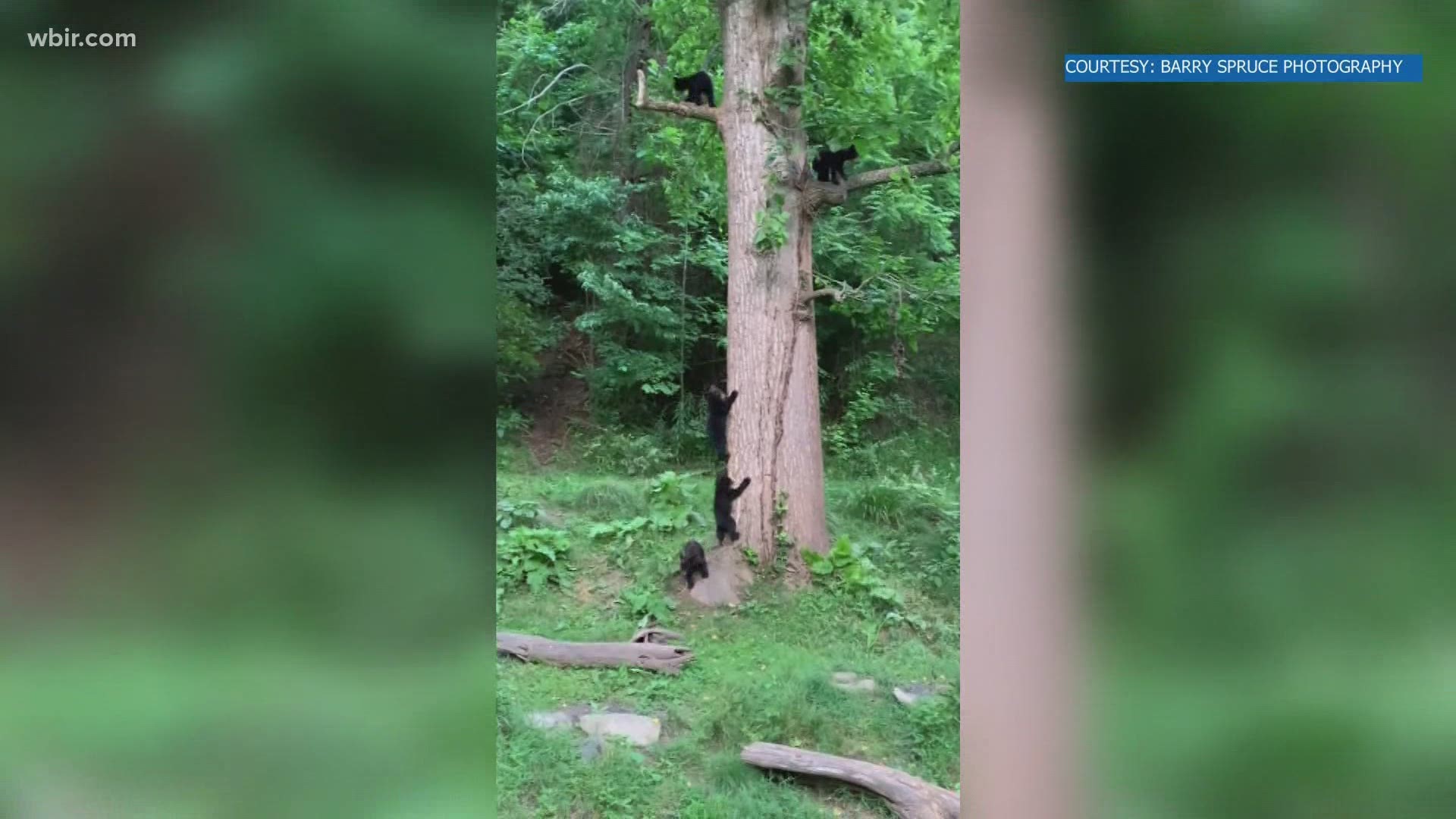 RALEIGH, N.C. — Wildlife officials hope an American black bear cub stuck in a tree outside UNC Rex Hospital on Tuesday will find his own way to a safer area once the sun sets.

Brad Howard with N.C. Wildlife said the cub probably showed up outside the hospital off Lake Boone Trail Monday night.

Officials say that the bear is around 18 months old, and between 70 to 80 pounds.

Howard said male cubs often accidentally end up in developed areas after their mothers set them free to find their own way. This cub probably traveled overnight and was confused when the sun came up and revealed he was in a populated area, Howard explained.

Officials say that it's common for people to spot cubs in May through July.

Well, it is kind of hot & a good time of day for a nap! Perhaps the #RexBear is thinking it might be better to escape at night? Or that at six o'clock, his Mommy & Daddy will take him home to bed? 🐻 #wildlife #RaleighNC #WRALhttps://t.co/mSW3CCaxsK

"They don't really understand... they just follow creeks and rivers that lead into our cities," Howard said, adding the cub likely climbed into the tree for safety once daylight hit.

Howard said the cub should be safe as long as he remains in the tree and that the bear is not a threat to people. Wildlife officials will remain at the hospital to make sure the cub stays undisturbed until darkness falls. At that time, they hope he will find his own way to a safer habitat.

"He seemed pretty calm, I looked at him," he said. "Sometimes it can get kind of scared and worried but he doesn't seem too scared."

Officials will not tranquilize the bear because he could fall and get hurt, Howard said.

A section of the parking lot was blocked off and staff gathered near the tree taking photos of the cub. UNC Rex officials said that people in the area should be aware of the situation, and pay attention to any closed-off areas.

If you see a cub alone and are concerned, steer clear of it, take note of your location and call wildlife officials. If it is a weekend or evening, contact your district's wildlife biologist. Never approach a bear or try to feed it.