Officials with the shelter unloaded 37,000 pounds of pet food Wednesday. They gave some of it to other pet shelters in surrounding areas. 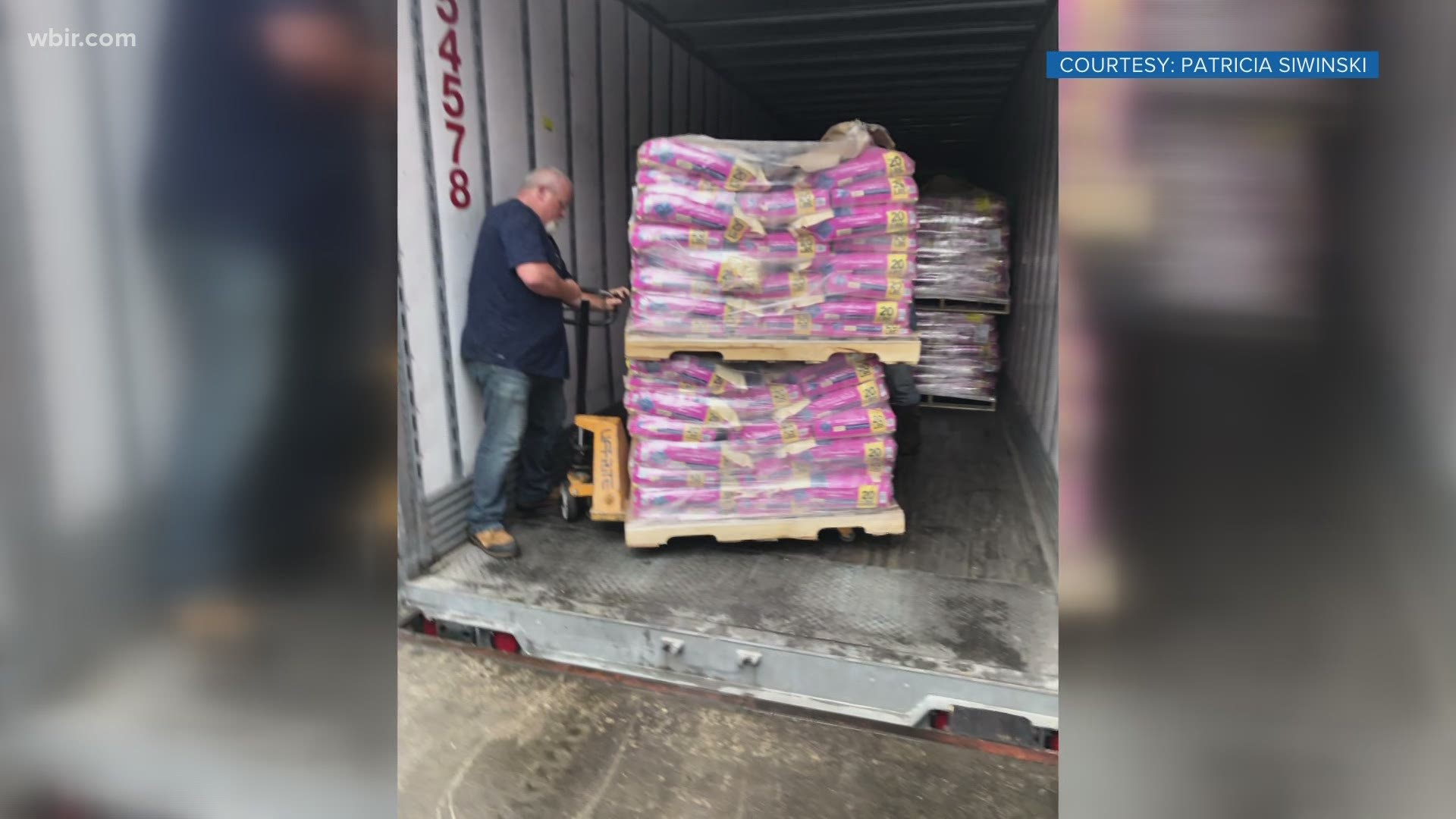 CAMPBELL COUNTY, Tenn. — When the Campbell County Animal Shelter usually receives a gift, they don't need a tractor-trailer to move it. But Wednesday's gift from a mystery donor isn't like other gifts.

A person anonymously donated $70,000 worth of pet food to the shelter — 37,000 pounds of it. Officials with the shelter said they only had an email from a logistics company saying that there would be a tractor-trailer donated and delivered on Wednesday.

They said they don't have any other information about who gave them so much pet food.

Patricia Siwinski said much of the food went to the shelter's pet food pantry, helping meet immediate needs in the community. Officials with the shelter also reached out to pet shelters in surrounding areas to help haul some of the bags.

Some of the food also went to help other shelters, according to officials.

Although she does not know who donated thousands of dollars worth of pet food, Siwinski said she wanted to say "thank you" to them for their generosity.