Jambo has three options for a mate, making her love story play out like an episode of 'The Bachelorette.' 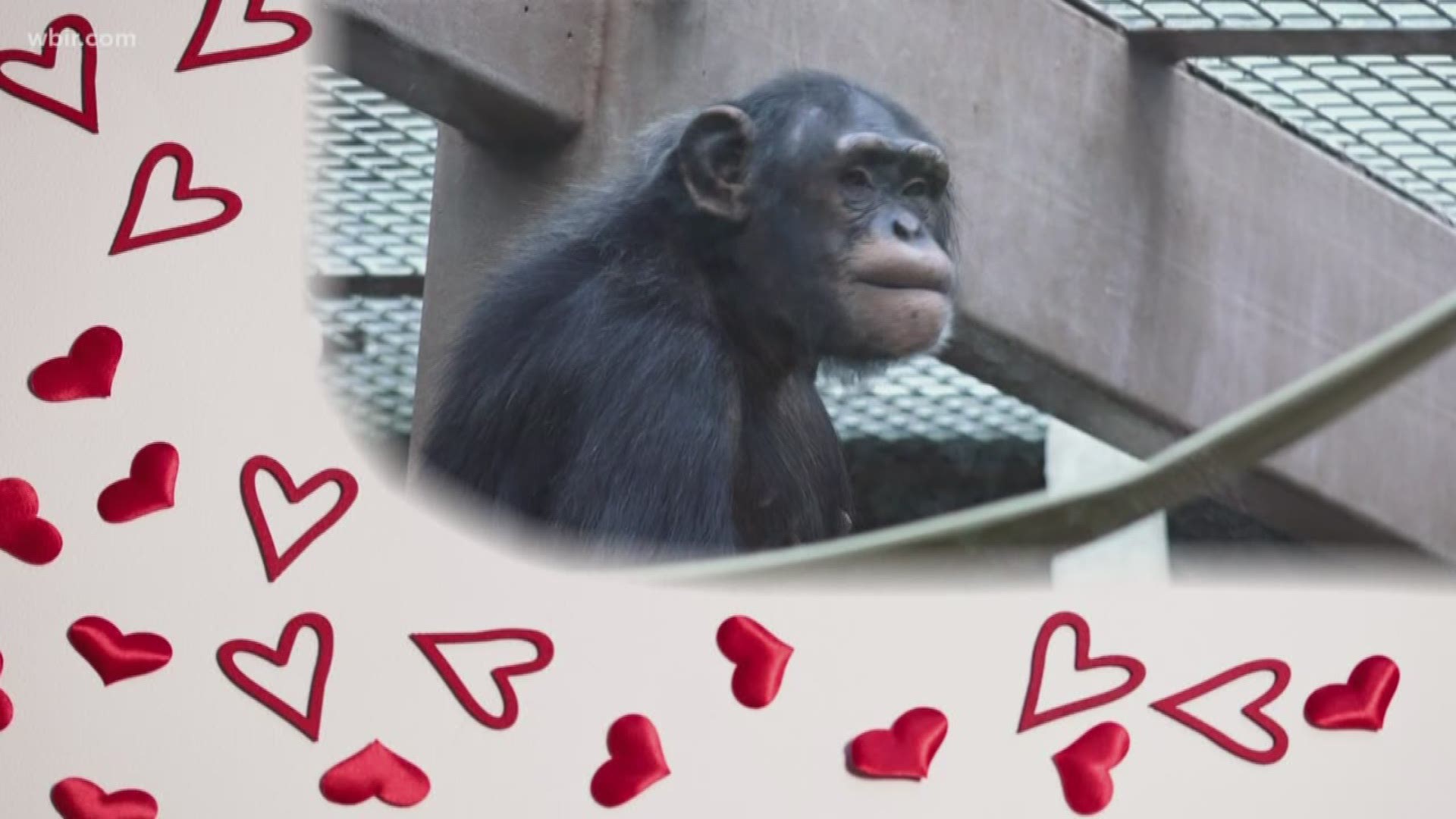 KNOXVILLE, Tenn. — There is an interesting romance budding at Zoo Knoxville.

The zoo's most eligible bachelorette is hoping to find her forever love just in time for Valentine's Day.

That bachelorette is Jambo, a 14-year-old chimpanzee.

"Chimps in the wild are classified as endangered, so they are having great population loss due to things like deforestation, poaching, illegal pet trade," said zookeeper KateLyn Miller.

If Jambo can have a baby, Miller said that will play a small part in helping increase the chimp population.

RELATED: Jambo the chimp is looking for love at Zoo Knoxville

"So it's up to her to decide who she wants to be her mate," said Miller.

Jambo's love story is playing out like an episode of 'The Bachelorette.'

In this case, The Chimpanzee Bachelorette.

Jambo has three eligible bachelors to choose from: Lu, Jimbo and Ripley.

"Lu is a little bit more of a human-oriented chimp," said Miller.

He prefers seeing what the humans are up to over hanging out with his chimp friends.

"Jimbo is older," said Miller. "He prefers napping and eating more than the others."

We can all relate to that.

"Ripley is the one that I think she'll probably breed with," said Miller.

Ripley is the youngest of the males. So will the handsome chimp get the final rose?

RELATED: Zoo holds contest for you to name a snake after your ex

If it works out for these two lovebirds (lovechimps?) Zoo Knoxville could welcome its first baby chimpanzee since 2008.

"We're having her have a little baby doll which she brings to the mesh and she'll let us touch various parts of the baby doll," said Miller. "So that when she does get pregnant and potentially gives birth, hopefully she'll have that same aspect of, 'I'm gonna bring that baby to you.'"

Zoo staff is adding some of her favorite foods to try to up the romance.

It's up to Jambo to make her move, but Cupid comes Friday and may help her out.