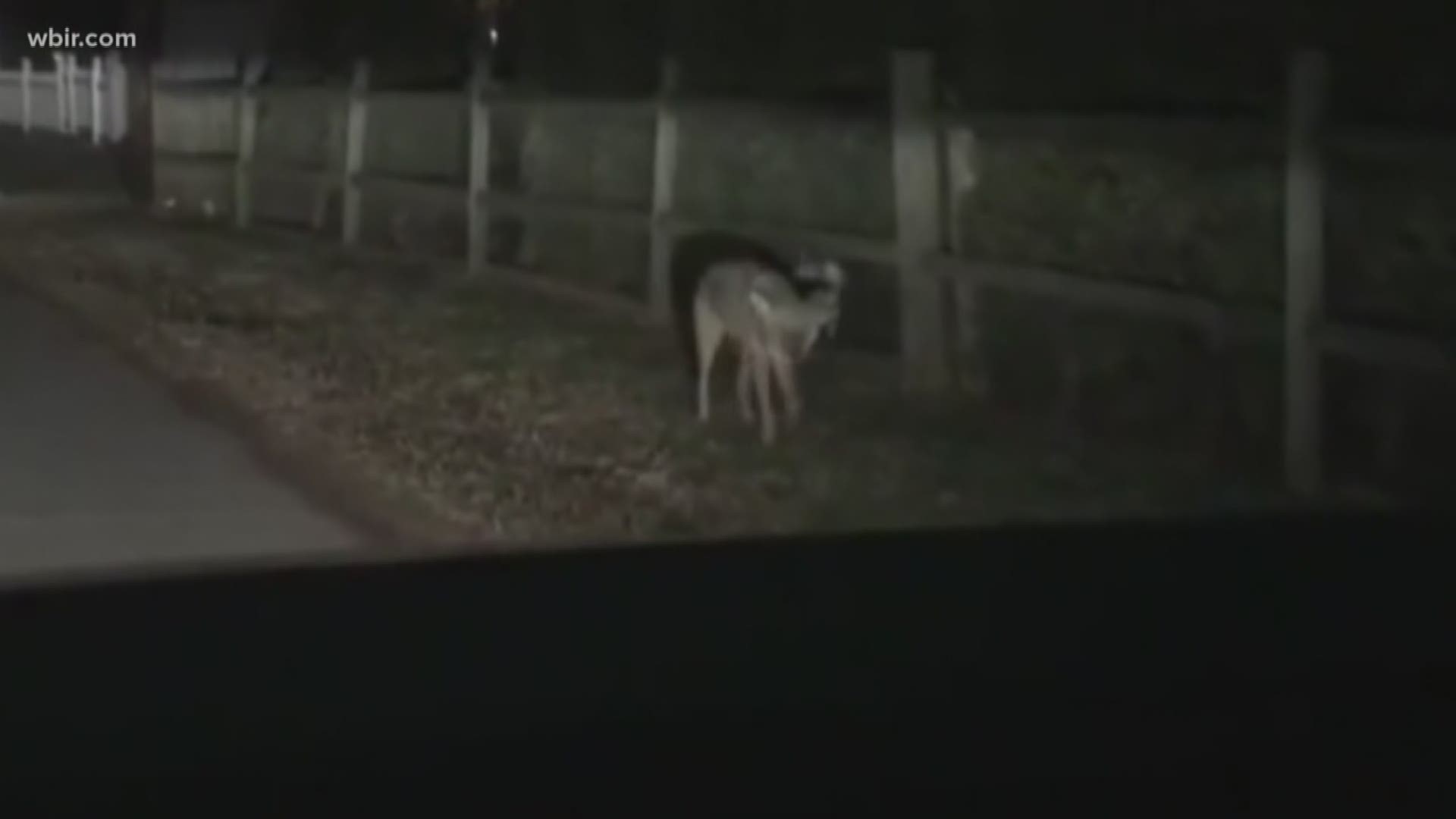 DANDRIDGE, Tenn. — Coyotes will be more active and aggressive during the next few months as their mating season begins.

This means you will see them more during the day and night --  and they could show aggression toward your pets.

Because of this, a Dandridge woman is warning others to follow a few simple tips that could save your pet's life.

"I just don't want it to happen to any other dog," said Jessica Elliott.

Like every other night for the past ten years, Elliott had let her dog, Daisy, out one last time before bed back in November. But in a matter of seconds, everything changed.

"My husband ran outside and by the time he got out here it was just too late," she said.

A coyote had attacked and killed Daisy.

"He heard her being attacked so he came out the front door, jumped into the car, drove the car into the field and over to where they were. The coyote stayed on top of her the entire time," said Elliott.

She is now urging others to stop following their routine and start using more caution.

"Definitely take your dog out on a leash. No matter if you've done it a million times," she said.

If you see one on your property, the Tennessee Wildlife Resources Agency says to throw rocks, shout and make loud noises to discourage it from coming back.

Something else you can do is make sure garbage outside is secured with a tight lid and grills are inside and covered so no smells can attract the coyotes.

Lastly, the TWRA recommends clearing out brush and weeds. Doing this deprives prey of the protective cover and deters coyotes from hunting around your home.

Also, if you have seen coyotes in your area -- don't leave small children outside alone.

Two months later, Elliott is still heartbroken from her loss and hopes sharing Daisy's story can save another dog.

"You don't want this to happen to your animal. She was a family member," she said.

You can find other tips on how to deal with coyotes here.