Fan Day practice was cancelled, but no one was more gutted than this Vol-loving rescue squirrel

Sinan the Squirrel showed up to Fan Day in a orange peel helmet hoping to get some quality camera time in. The rain dashed those plans, but not his spirit. 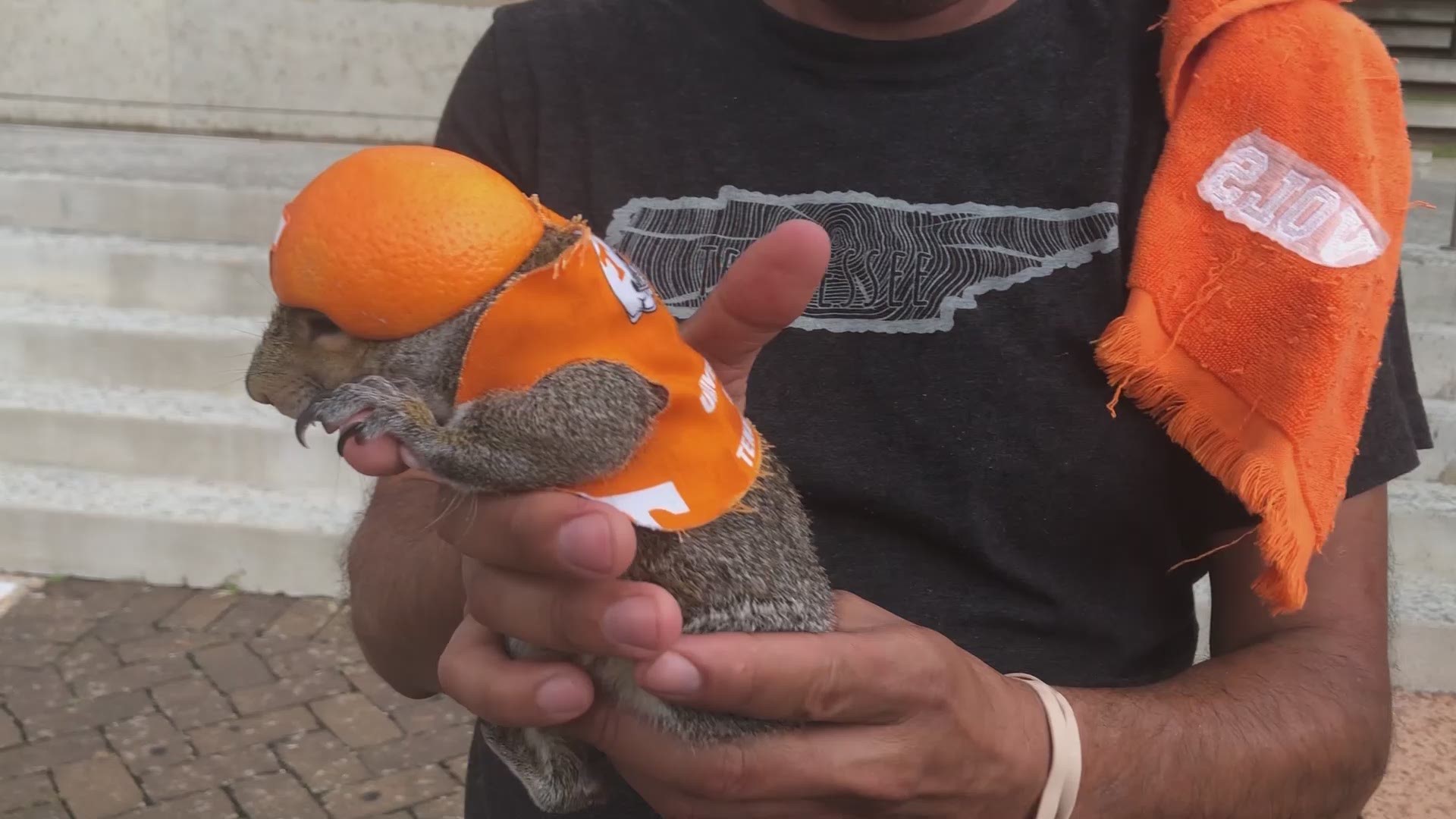 KNOXVILLE, Tenn. — When the practice portion of University of Tennessee's Fan Day was cancelled due to inclement weather, fans shuffled out of Neyland Stadium by the thousands in collective disappointment.

But their sorrows paled in comparison to Sinan the Squirrel's, who dressed in his VFL best today only to be sent home due to rain.

Saed Awad of Oak Ridge rescued the baby squirrel eleven months ago. Awad has experience nurturing small animals back to health and releasing them into the wild, and was notified by a friend to come rescue a baby squirrel from a backyard.

"I went, got him and he was probably a few days old." Awad said. "Usually I take them to the Animal Hospital at UT, but after this one started eating soon. I released him into the wild."

But the little squirrel didn't want to leave his newfound friend.

"He followed me everywhere I go," Awad said. "Every time I'm about to leave in my truck he follows me to the truck, so I take him with me."

Sinan's affable nature sparked an idea in Awad, who had the idea of creating calendars featuring Sinan and selling them for charity.

"He loves to take pictures," Awad said. "The profit from the calendar will go the to Oak Ridge Animal Shelter."

Sinan's adventures have racked him up 2,000 followers on Instagram. The calendar features Sinan adventuring through the Smokies by motorcycle, enjoying his leisure time in a rocking chair, or even nestling into a watermelon.

It's missing one thing: a game day pic.

Medical professionals have told Awad the squirrel is still to friendly to be released in the wild. So he's still actively working to rehabilitate him.

Until then, Awad said he will continuing to work with Sinan to try and release him into the wild one day. Though vets have cautioned him it might be too late, Awad remains optimistic and is enjoying the company of his pal.  Rain or shine, he said, they'll stick together.

"I take him everywhere I go.," Awad said. "He never leaves my side."

RELATED: For the youngest attendees, Fan Day is the beginning of a lifelong love for the Vols