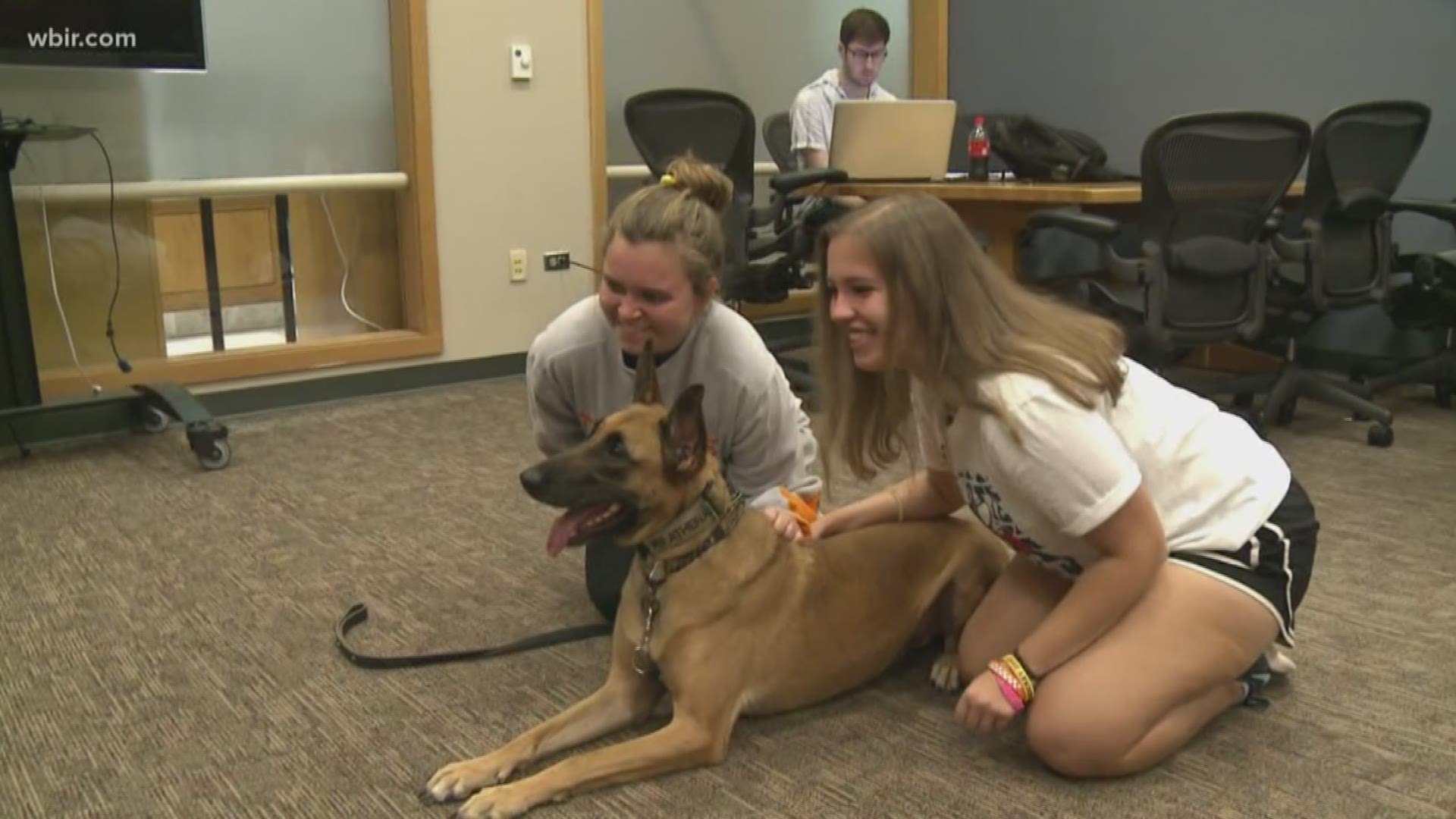 KNOXVILLE, Tenn. — Saturday is an important day for one member of the University of Tennessee Police Department — Kale, a hardworking Black Labrador.

Officials said that it was Kale's fourth birthday on Saturday. The police department celebrated the birthday on social media, posting a photo of the K-9 unit near Circle Park.

He was paired with Officer Kaylyn May, who said that he has a lot of energy and can be a good match for the campus community.

And just how does a police dog happen to be named for a vegetable?

According to a release, his original family gave him the name Kale but spelled it Kael. His new handler simply flipped the 'E' and the 'L.'