From Sunday, May 23 to Monday, May 31, you can cast your vote for the owl's name on the park's website for a $1 donation. 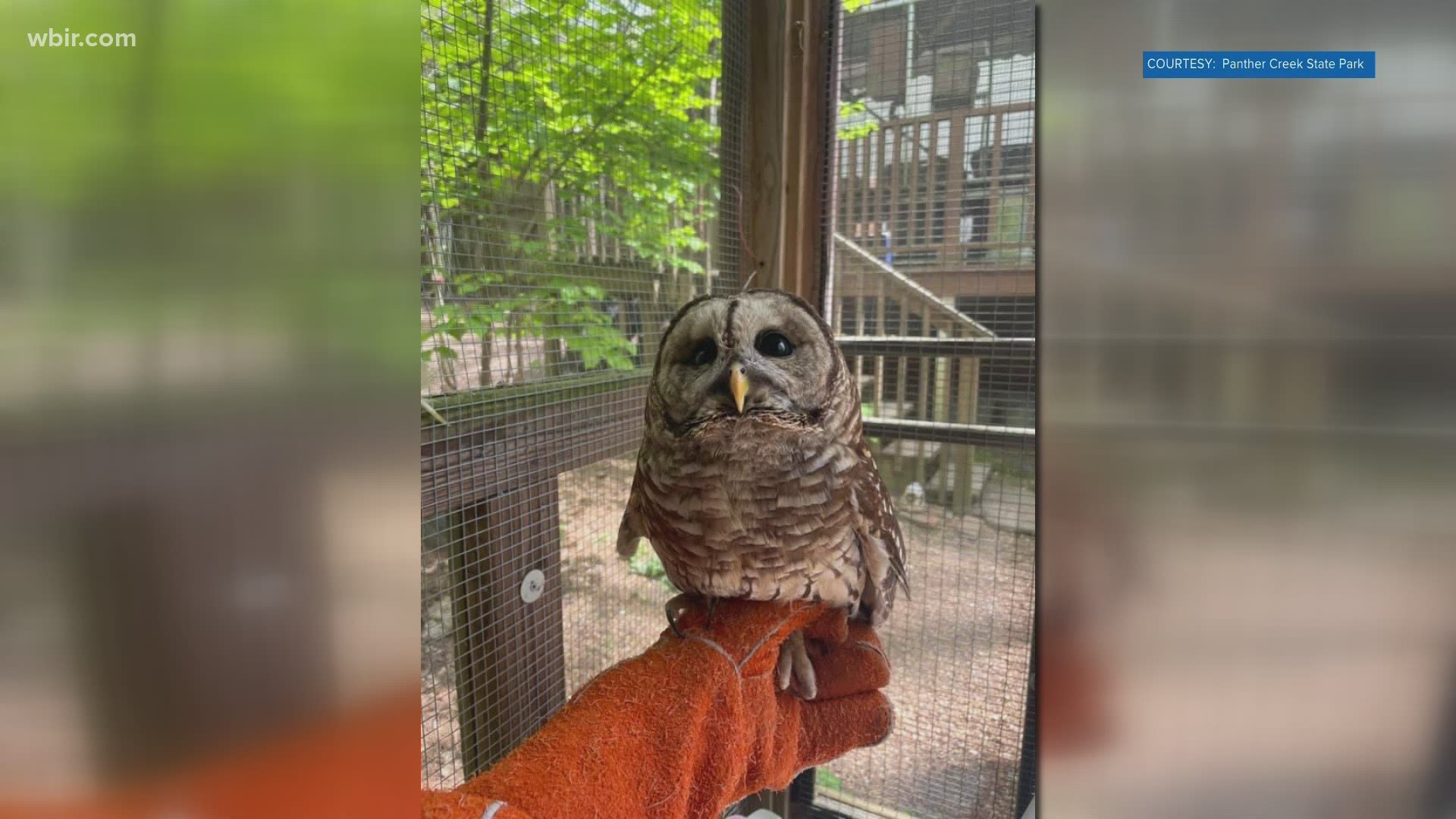 The name received 479 votes, blowing the other names out of the water. "Hamilton" only received 169 votes, while "Bradley" only got three votes.

They raised a total of $651 to help feed and care for Oliver, officials said. He can be seen in the park's aviary adjacent to the visitor center. They said his favorite spot is the highest branch.

We have a name! By an overwhelming margin! Meet Oliver! Thank you to everyone who placed a vote/donation to name...

The park announced on social media it has acquired a 2-year-old male Barred Owl. He was rescued in Maynardville after an accident causing complete and permanent blindness in his right eye, which makes him non-releasable, according to the park.

While his injury means he can't return to the wild, the park said he is an 'active, affectionate, and a wonderful addition' to its educational program.

The park is launching a contest to help choose a name for the owl.

From Sunday, May 23 to Monday, May 31, you can cast your vote for the owl's name on the park's website for a $1 donation. Just click "Register for Event" on the website to cast your vote to name the owl Bradley, Hamilton or Oliver.

The park said the donations will go toward the owl's feeding and veterinary costs so it can continue to host its educational programs for free.

The winning name will be announced on the Panther Creek State Park Facebook page.

Whooooo is going to pick the winning name?