Farewell, George! Zoo Knoxville chimpanzee leaving to help save his species from extinction

George the chimpanzee was born and raised at the zoo. Now that he's come of age, the zoo said it's time for him to fulfill a new purpose to help his species. 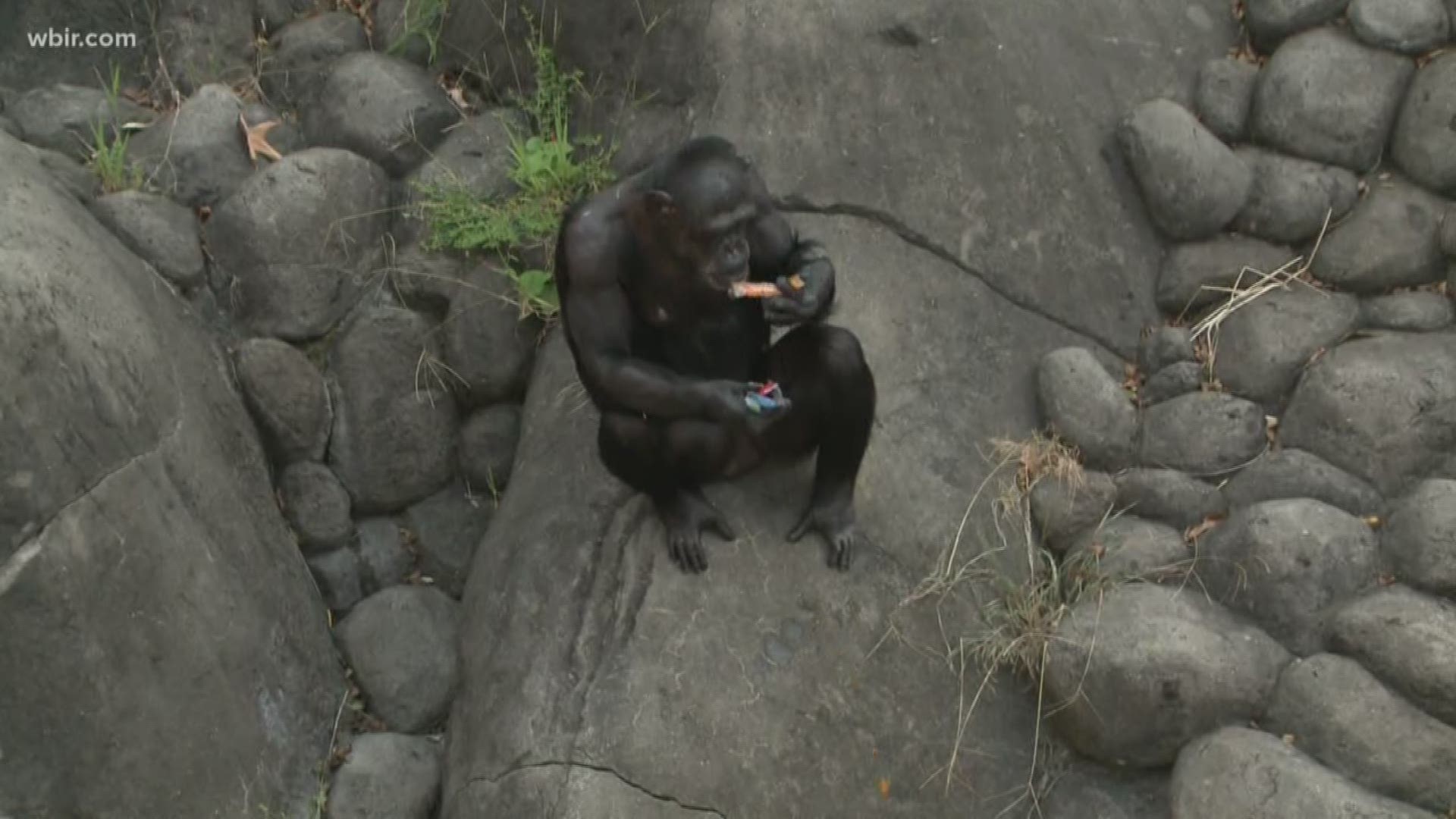 KNOXVILLE, Tenn. — One of Knoxville's most famous chimpanzees is saying goodbye to East Tennessee as he prepares for a new adventure.

Zoo Knoxville is preparing to say goodbye to George the chimpanzee after 11 years as he prepares to take on the next chapter of his life.

George is special to Zoo Knoxville, as he was the first chimpanzee born inside the zoo in nearly two decades on July 19, 2008.

The zoo said it's bittersweet to have to say goodbye, but said he's going to do important work to save his species elsewhere.

On the recommendation of the Chimpanzee Species Survival Plan, Zoo Knoxville said its working with the Association of Zoos and Aquariums to rehome George somewhere where he can start a family of his own.

Wild chimpanzees are endangered and their numbers are in decline.

The zoo will be holding a special celebration on Sunday, Sept. 15 at 10 a.m. to celebrate the milestone and George's coming-of-age. There will a farewell party for all the chimps, and people will be able to watch the troop and see them enjoy some special treats and a colorfully decorated courtyard in George's honor.